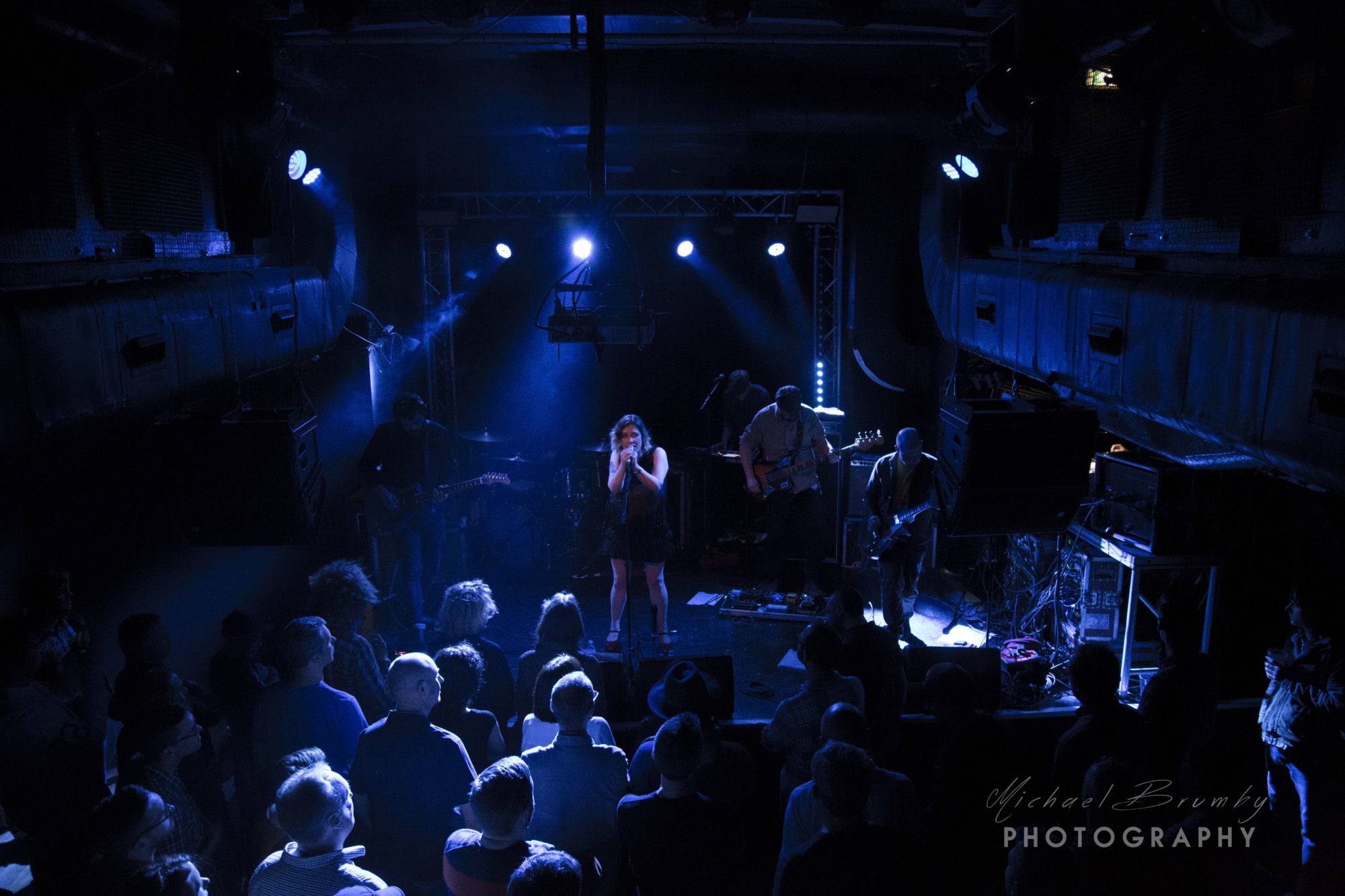 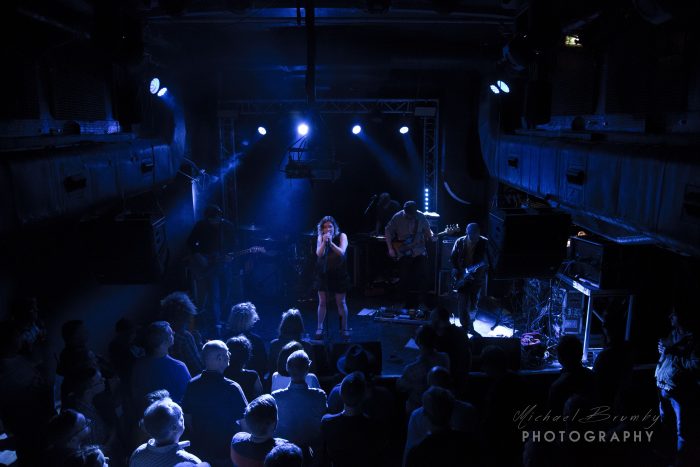 Sometimes musicians are just like scientists looking for that formula. Even when they have found the formula, they get bored and want to mix it up a bit. The formula is where the balance of the equation (talent+influence+opportunity=result) heralds a brand new variation on a theme. And so a new band is formed. Editors + Slowdive + Mogwai = Minor Victories.

It’s an excited crowd that waits inside the belly of the Thekla tonight to witness Minor Victories second live show (their first was in London the night before). Each one of the members’ bands could fill venues far bigger but it’s good that this band are pulling it back a little in order to move forward. Especially with no album released as of yet and a handful of teasing videos, it’s back to basics for them.

Guitarist, Justin Lockey of The Editors was the catalyst and driving force behind this collaboration enlisting Slowdive’s singer, Rachel Goswell first, then asking Stuart Braithwaite of Mogwai to join, “because he had a guitar”. Justin’s brother, James Lockey took up the bass and Minor Victories were born.

Their blistering 9 song set perfectly traversed the Indie Pop and Post-Rock that stand as markers for the new music. From the driving Krautrock of, ‘A Hundred Ropes’ to the ethereal dreaminess of, ‘Folk Arp’. These are songs easily as good as any of their other bands work and that makes this an exciting prospect. They are loud and epic, flowing like metallic auras from the stage. Goswell’s vocals are a delicate as glass but as sturdy as steel especially when matched with the Braithwaite’s vocals on, ‘Scattered Ashes’ giving my body a hive of goosebumps throughout.

The beauty of Minor Victories is that the formula they have arrived at with this project is one we are all familiar with, the melodic melancholy of The Editors, the wistful glassy tones of Slowdive, and the epic growth of Mogwai. Although conclusions should never be made quickly, I predict (hope, more like) this project will grow into it’s own entity because what I have witnessed so far has made me very excited indeed.

All photos by Michael Brumby. Take a look at his work here https://michaelbrumbyphotography.wordpress.com/