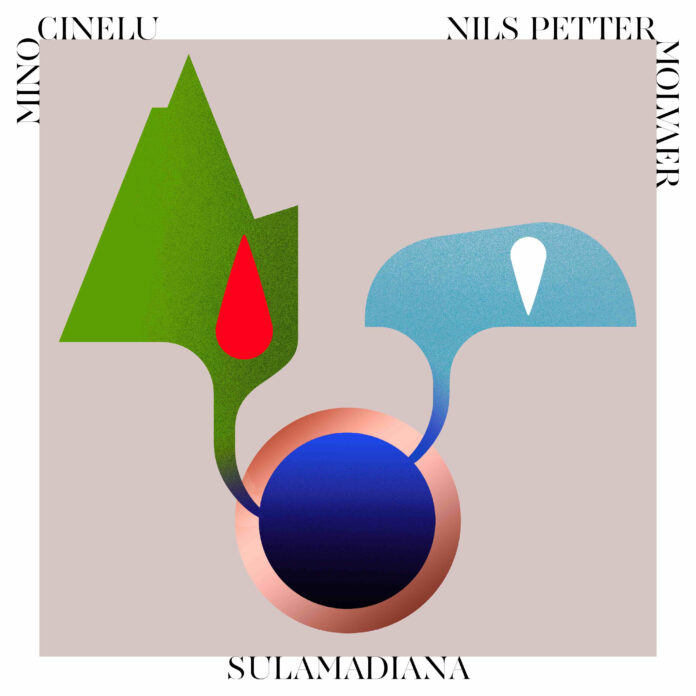 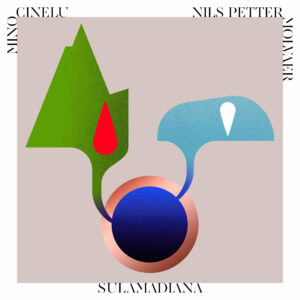 French percussionist Mino Cinelu and Norwegian trumpeter Nils Petter Molvaer join forces for an album that makes the most of their different talents.

A gig in a Turkish cave is an odd place for musicians to meet up, but former Miles Davis sideman Mino Cinelu clearly saw something of the jazz legend in Norwegian trumpeter Nils Petter Molvaer.

It took a few years for the project to reach fruition with sessions in Oslo before finishing off in percussionist Cinelu’s Brooklyn studio. Like so many musical projects the virus meant they had to do the post-production separately, and the pair say without their close friendship it might all have come apart.

It was certainly worth the effort as these are two jazz players at the top of their game who understand just how much space to give other as at times some of the tracks feel more like solo projects, but when they do join forces sparks fly.

New York Stroll with Cinelu’s precise and inventive percussion, and Molvaer’s clean, expressive playing, conjures up a wintery stroll round the Big Apple as the foghorns blow off the Hudson.

It’s easy to see on the title track why Davis noted that ‘with Mino, any music swings’ as he adds vocals to his playing in a suitably heartfelt and inventive tribute to his mentor Manu Dibango.

Take The A Sharp Train is their first genuine collaboration as Cinelu’s chanted vocal opens up before his partner really riffs off the pulsing beats in what will be a contender for one of the modern jazz pieces of the year. Theories of Dreaming conjures those moments as we drift into another night world as Molvaer plays over a shimmering drone he created on electric guitar.

Process of Breathing somehow subtly capture the feel of that most elemental of human functions before they both let rip on Rose Jericho, where the Norwegian gets the nearest to the majesty of what Miles Davis could do.

There are two more extraordinary tributes on this album. The clock like percussion of the short Tambou Madinina is a moving tribute to drummer Jimmy Cobb, who was a key member of the first trailblazing Miles Davis Sextet, and as well as playing on Kind of Blue sat in with all the greats during a stellar career at the jazz top table.

Song For Julie is where mainly Cinela plays his respects to the late Tony Allen, which sounds fresh as well as communicating his joy at a life well lived by a towering figure who did so much to bring African music to European ears.

These two may come from very different traditions, but their almost telepathic understanding of how to manipulate space means there are moments of great beauty on what we can only hope will be an ongoing series of collaborations over the coming years.