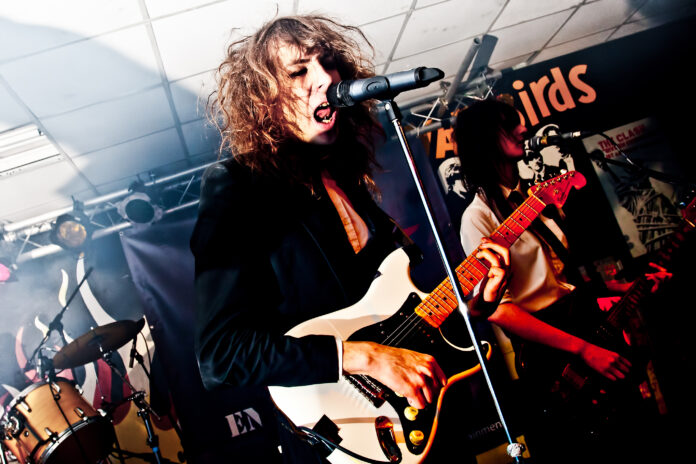 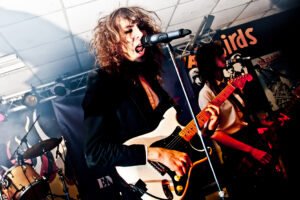 Having been introduced to the music of the Ming City Rockers at a gig only recently (Louder Than War review here) and have been pretty much blown away with their energy and sly lyricism. It’s great to have a new single to share around from a band frequently spoken of as the best to ever come out of Immingham, the jewel of the South Bank of the Humber.

Twist It is one hundred and thirty seconds of driving rhythm, scuzzy guitar breaks and vocals which contrive to be both insinuatingly leery, slightly vulnerable and a bit petulant. Together it all adds up to a great little piece of proper old fashioned dirty rock and roll that recalls the heady days of early punk as well as sounding completely modern.

It’s the kind of song that doesn’t bother explaining itself. There’s a girl called Annabelle and someone wants her back. Enough said. Why is it called Twist It? No idea. It’s just four people taking a riff for a walk and that’s fine. To add to the fun there’s a video with gratuitous cross dressing, subliminal messages, some really bad decorating and scenes of violence of a kind seldom seen outside of children’s television. What more could you want?

Ming City Rockers are mid way through a tour at the moment and if you’re quick of the mark you can catch them at The Vic in Leicester on April 4th, The Lowestoft Aquarium on April 5th, Chinnerys in Southend on April 6th and the Dublin Castle in Camden on April 7th. There are more hometown gigs and a visit to the Richmond Live Festival planned as well.

So you’ve got no excuse – get yourself down there and find out what the fuss is about. And remember – I’ve seen the future of rock and roll – and it’s Mingin’.