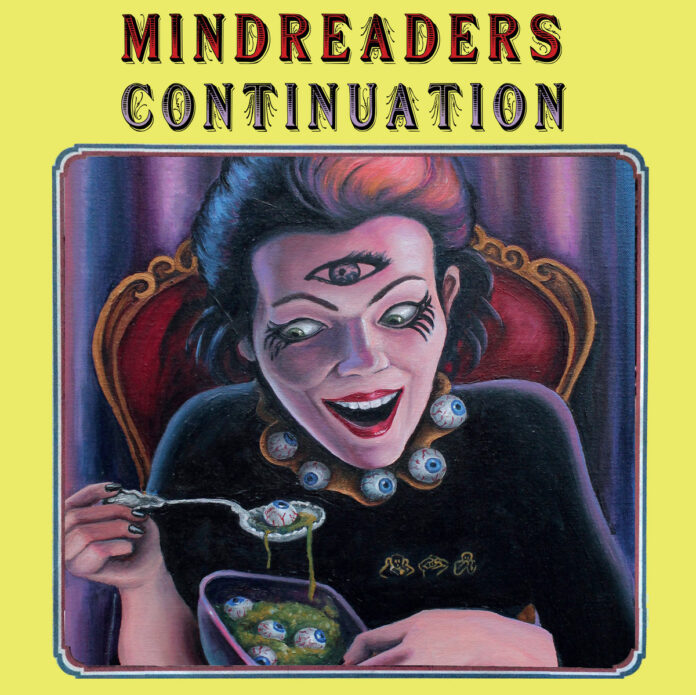 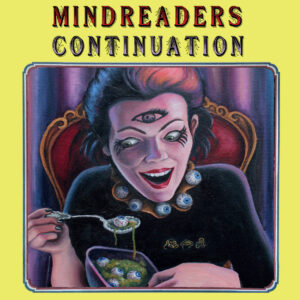 Mindreaders return with an album of primitive Medway garage rock that draws in sounds of the original wailing garage bands.

Formed from the ashes of the Len Bright Combo, upon their break up, drummer/vocalist Richard Ipaint and guitarist/vocalist Russ Wilkins set out to produce a sound altogether more primitive and even more stripped-back, natural given Wilkins history in some of the best Medway garage bands. Cue the entrance of poet/artist/musician and one of the founding members of the Stuckism movement, Sexton Ming. Fast forward three decades and the trio are back with a great new album, eleven tracks culled from twenty recorded over one weekend into their 8-track. It juts and jitters in fits and starts pulling on the sound of their own history.

Opener It’s Bagtime grooves in with spat guttural vocals that recall early Beefheart, an almost psychotic wound up reaction, a crazed wanderer calling out shots over a simple rhythmic beat. Given their Medway pedigree it would no doubt have been easy to sit in that groove for much of the record, but with all three contributing songs and vocals, there are quick shifts that give the album a fresh life. The Boxers feels like it draws on a more atmospheric ’80s indie sound while M2 Bridge 1967 winds slowly through the dense recording and fuzz guitars.

See You Sweat (which crashes in and out in under a minute), Take You Slow and They Call Me Energy crank up to almost proto-punk levels, the latter breaking down and flailing out of its own chaos and schizophonic shifts, ideas crashing up wildly against one another. Come On You Romans drops back again, a muffled acoustic number with only handclaps, the occasional tambourine crash, for accompaniment, until that wonderful crackling fuzz sound returns for a lifting solo. The song drifts almost into Village Green territory.

Closest to that Medway sound is probably the wonderful She’s My Sausage Girl, which bounces on a great bassline, a wailing harmonica grabbing protagonism. There are also some great lyrics buried in the density. My personal favourite being the inclusion of that wonderful refrain “He couldn’t knock the skin off a cold rice pudding” on I’m Alright Jack.

Continuation is a straight to the point no-frills record by three minds that have once again aligned. From start to finish it’s hard to guess where the album will go next, making it a joy to listen to again and again.

Listen to the album below and head to Spinout Nuggets to buy your copy.