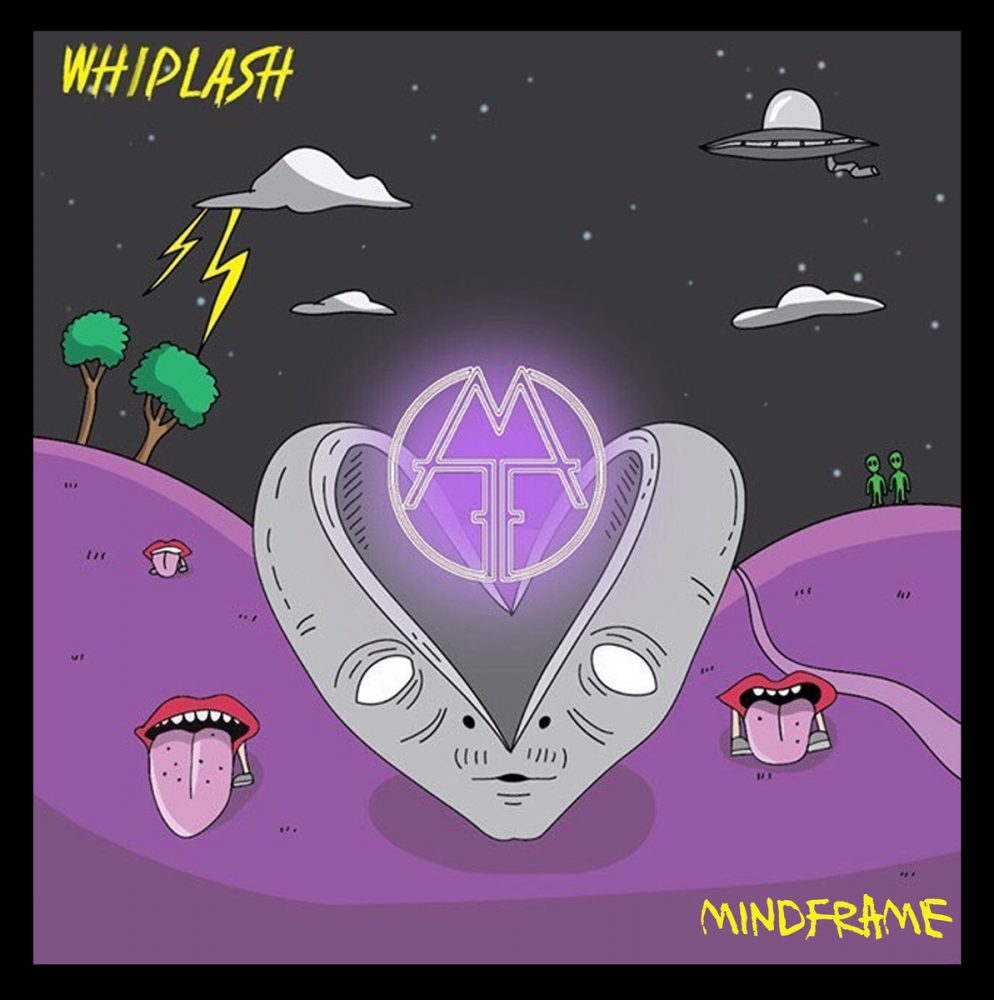 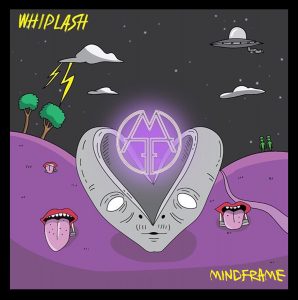 Mindframe – Whiplash (Grow Your Own)

London’s Mindframe offer up a diverse collection of songs on the latest 4 track EP from the Grow Your Own stable. Pysche-psycho-punk for warped minds says Louder Than War’s Nathan Brown.

Featuring a couple of serial London noisemongers with previous form in Intensive Care, Bug Central and Active Slaughter to name but a few of many, the uninitiated might expect this to be all angry shouting for gutter punks. Mindframe inject a melodic angle occasionally veering towards the psychedelic – or is it psycho-active? There is still plenty of shout and thrashing guitar, drums that are quite good, a bass that’s too loud, and a whole bag full of menace – less the sound of the suburbs than the sound of the subterranean. Having witnessed the Mindframe live experience they cannot be easily forgotten. Singer Tabby appears in stage make up as if from the set of a Hammer horror and then unleashes her ire at the audience.

Anyway, on to the vinyl. “P’s N Q’s” has a very 80s feel: jungle drums, a jumpy bass line and dischordant jagged guitar – this is a hint of jazz in there, but it gets pushed to the background by the strident angry vocals. Raucous and menacing, they are part shouted, part sung and all too reminiscent of the mighty Action Pact. When the chorus takes off it’s a solid punk song that is not dissimilar in style to early Vice Squad. There ya go, lazy reviewing at its best, but it’s what I heard, I tells ya.

“Whiplash” is faster with a compressed, clipped, angular feel to it, like some of the early LA punk bands. The lyrics are ambiguous enough that they could be about sexual proclivities (no shit, Sherlock!) but also a metaphor for something else. “You can’t tell us what to do, you can’t tell us what to say” is pretty much the essence of punk rock attitude distilled into one line isn’t it? The rising and falling riff almost sounds like church bells as it progresses to the end of the song, building momentum and then jolting abruptly to a halt.

“No Means No” is a ska-reggae-punk number, lolloping along in the verse then picking up for a skanky catchy earworm of a chorus which leads out with an echoey single string solo. It’s a sound that reached saturation point in the 90s, and has almost disappeared, but due to its relative rarity is now refreshing. Think Ex-Cathedra. The obligatory dropout in the middle is where the song is dedicated to anyone who has been suffered prejudice for their gender or sexual orientation – punk politics shout-out delivered a la Strummer. The song builds up to a crescendo and when Tabby sings “Leave me Alone” you can tell she fucking means it. There is that menace. And early in the song when she threatens to get her mallet to fix your head? Scares the bejeezus out of me. All those lobotomy-based horror films come flooding into my subconscious.

A metally riff starts “Obscene” which seems to be a mish mash of things that piss off our protagonist. There is a level of venom in the lyrical delivery to match Eve Libertine at her angriest sounding on Crass’s Penis Envy. Punk. As. Fuck.

So across 4 songs Mindframe have incorporated a range of styles but somehow managed to maintain their own belligerent character rather than sounding like they can’t make up their mind. Being a 1 band Venn diagram of sub-genres, this will help them avoid being easily pigeonholed or categorised beyond being a punk rock band – and what is wrong with that? Most importantly they have remembered the vitality of catchy choruses.

Words by Nathan Brown. You can read more from him in his Louder Than War author archive here.