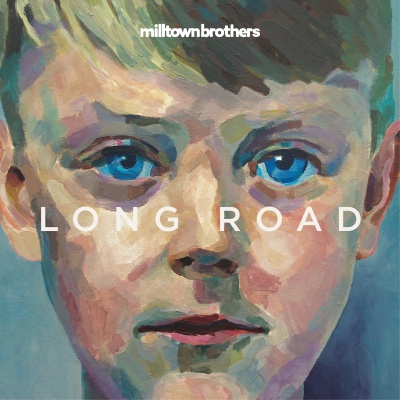 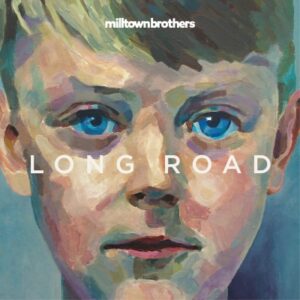 Perhaps it’s because The Milltown Brothers come from Lancashire.

Perhaps they evoke memories of seeing them play live at Burnley Mechanics Theatre on their Slinky tour.

Perhaps it’s standing on the terraces at Turf Moor knowing they may well be watching Burnley play too.

Perhaps it’s being asked at one of their gigs the origins of a psychedelic BFC t-shirt.

Perhaps it’s the pride of seeing a band from the next town being touted by NME as the next big thing.

Perhaps it’s seeing Which Way Should I Jump creep inside the Top 40 singles.

Perhaps it’s the glow created when they contributed the theme to the BBCs Preston Front drama.

Perhaps is could all have been different had some dodgy dealings by A&M Records not stopped Here I Stand going Top 10.

Perhaps it’s the fact that all five members are back again for their first album in twenty-five years.

Perhaps it’s because they were once supported by a little group called Oasis.

Perhaps it’s because they were one of the finest jangly Indie guitar bands around at the time.

Perhaps many a Lancashire lad wanted to be in The Milltown Brothers.

Perhaps it’s their ability to still record brilliant, infectious tunes like they’ve never been away.

Perhaps it’s because Long Road will grow and grow on you with each and every listen.

Perhaps it’s because the title track and new single is an absolute belter.

Perhaps Rockville is one of their finest tunes, with a chorus that sends goosebumps down your arms.

Perhaps the involvement of producers Mark Jones and Mark Phythian (Coldplay, but don’t let that put you off) shows the confidence of the eleven tracks on board.

Perhaps Hideaway – with surely one of the longest lines in a song ever – is a hark back to the classic Indie era of the early 90s.

Perhaps Long Road is an album that could see The Milltown Brothers repeat their huge success in Europe and Japan.

Perhaps the hordes of fans that adored them a quarter of a century ago will re-appear and lovingly clutch this album to the chests.

Perhaps Portrait has a fab guitar riff that sees it as one of the many highlights of the album.

Perhaps Boy Kisses The Girl is just a cavalcade of fab guitars and catchy melodies.

Perhaps you can imagine banks of ecstatic forty-something’s jumping around to the rocky beat of Part Of Me.

Perhaps Alive is a gorgeous and fitting end to a surprisingly good album.

Perhaps The Milltown Bothers have just released one of the most perfect guitar-led, Indie albums of the year.