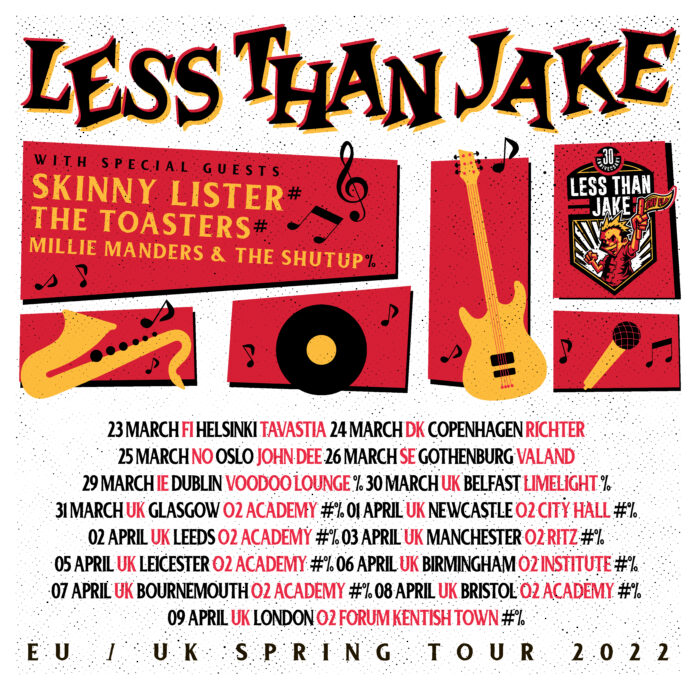 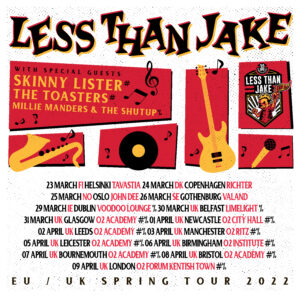 Millie Manders and The Shutup’s relentless gigging has really paid off as they’ve been invited to support Less Than Jake on their Spring 2022 UK tour.

The band had already announced festival appearances and a full Autumn Tour 2021, but this support slot including a number of O2 Academy headline shows is a big step up for a band renowned for their intense live shows.

So far they’ve released videos for its six singles, and their long-standing commitment to the planet’s future means that there will be zero plastic wrapping on any merchandise or releases.

The album is available on CD and vinyl formats from https://millie-manders.com/ alongside a range of limited-edition clothing and artwork that raises funds for NHS Charities Together, The Survivors Trust (the umbrella charity for survivors of rape and sexual abuse) and the mental health charities Mind and Papyrus.