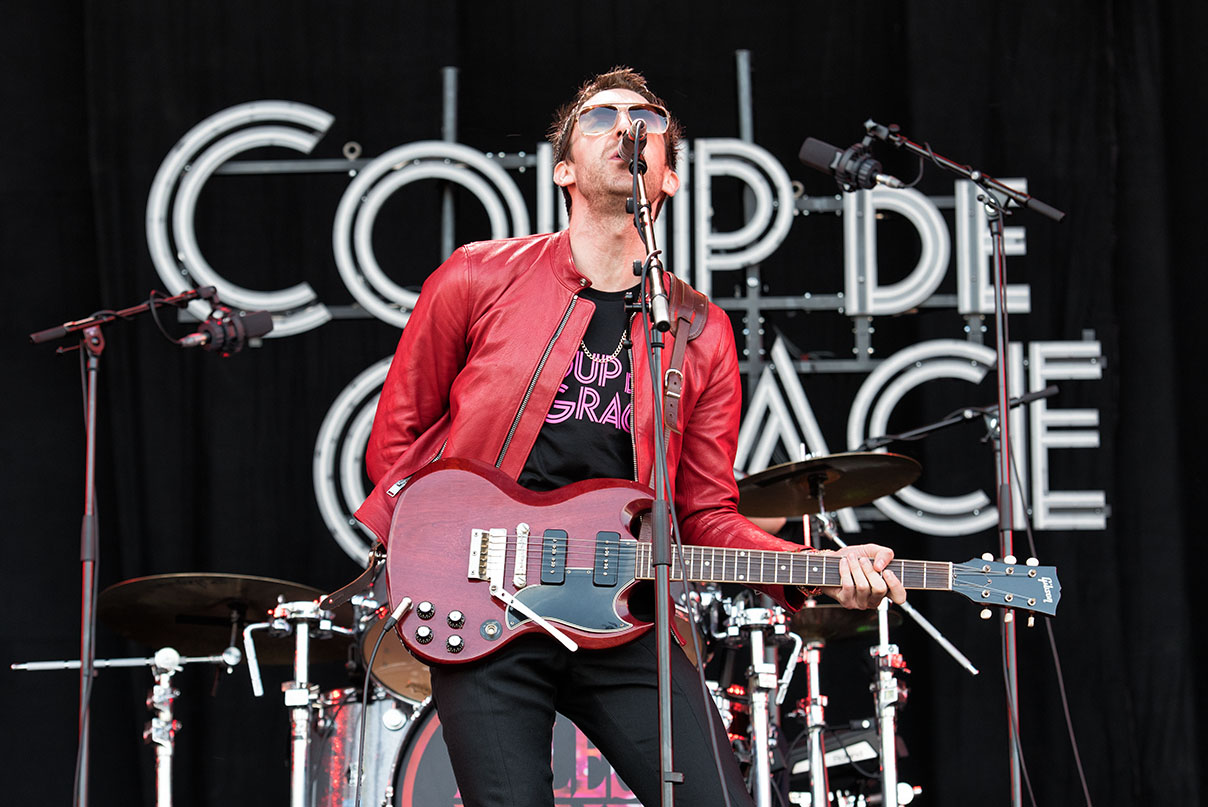 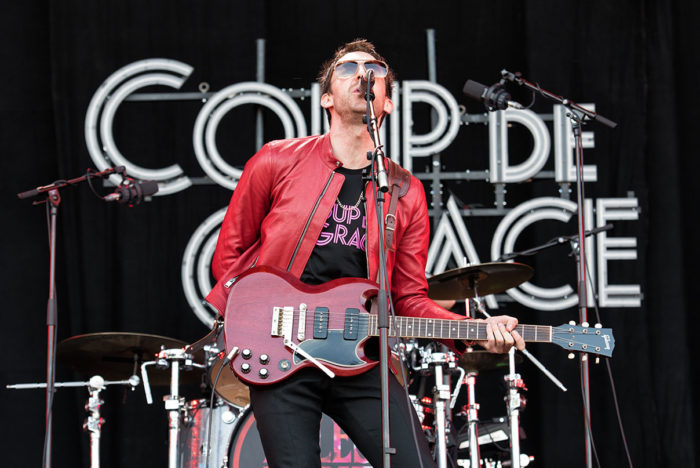 Miles Kane, the co-front man of The Last Shadow Puppets proved he’s got everything you need to go it alone at his triumphant Manchester Academy gig.

Kane played to an uncontrollable crowd that saw plastic cups of beer flying through the air throughout the entirety of the performance. Annoying as a beer soaked back can be, it wasn’t enough to take the mood down as Miles smashed through songs spanning across his three solo albums, including latest release ‘Coup De Grace’.

Beginning with ‘Loaded’, Kane weighed up the crowd, almost easing them into what he had in store for them from that point onwards. This steamrolled into an electrifying, guitar-thrashing version of ‘Inhaler’ and it was from that moment on Miles Kane began to orchestrate the Academy crowd.

The new songs were received as well as some of the older classics, which was good news for Kane as he played a total of eight tracks from his latest outing. As expected it was big hitters, ‘Rearrange’, ‘Don’t Forget Who You Are’ and set ender, ‘Come Closer’ that sent the academy attendees into overdrive but the spotlight shone just as brightly on Coup De Grace’s title track, where Miles Kane had the audience bellowing out the chorus; and the softer touch of the acoustic driven ‘Killing The Joke’ showed how the more mellow side to Miles’ work can be some of his strongest.

A surprise cover of Donna Summer’s ‘Hot Stuff’ was thrown in for good measure and worked well to keep the gig going at an unrelenting pace; Miles Kane smashes through songs at his live shows, wasting no time chatting to the crowd other than the odd “Manchester, I love you” moment, which was very much justified as the locals gave him everything they could.

Kane left the stage after playing ‘Don’t Forget Who You Are’ and was joyfully forced into an encore through the constant shouts of “Miles, Miles, Miles fucking Kane”. Bouncing back on, arms out wide, soaking up the moment, Kane and his backing band led the crowd through sing-a-longs ‘Colour of The Trap’ and ‘Come Closer’.

Filled with the glee of having the Manchester Academy on puppet strings for the night, the Liverpool born performer left the stage for a second and final time; the Academy goers emptied out into the streets of Manchester, covered in sweat and alcohol, attempting to use what was left of their voices to tell friends how ‘amazing’ the show was.

Mission complete for Miles’, who moves onto the next performance of his tour of the UK. Manchester will surely be remembered as a conquering highlight for him this time around.

All words by Jared Musson, this is his first piece for Louder Than War.

Photo by Melanie Smith (taken at Neighbourhood Weekender 2018). More work by Mel on Louder Than War can be found at her author’s archive. You can find her on Facebook and Twitter. Photography portfolio can be found here