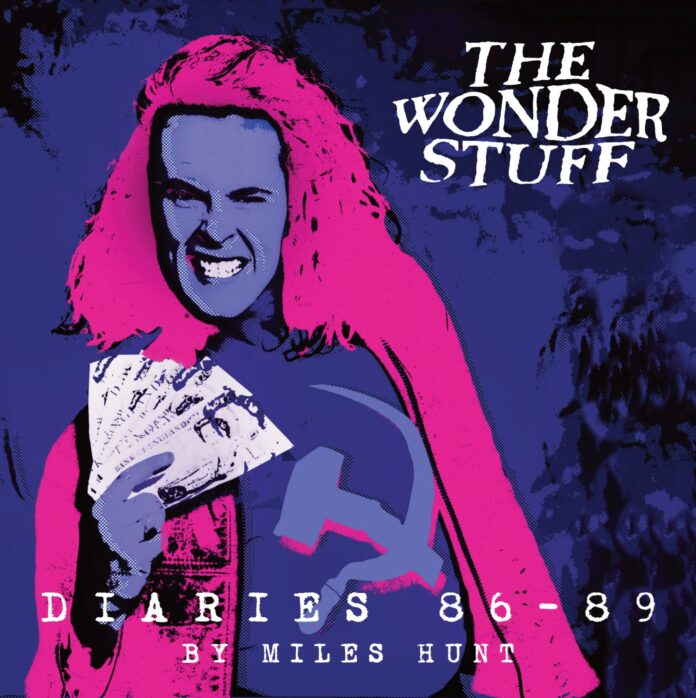 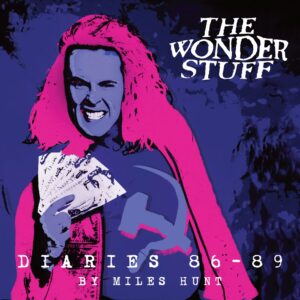 Miles Hunt shares his top ten rock related books with us following the release of his first book The Wonder Stuff Diaries – ’86-’89.

This was the book that first sowed the idea in my head that I too might want to one day write down my experiences of being in a band. It was given to me by rock journalist Terry Staunton in 1989.

Whilst it is not strictly a rock biography it’s an ‘as it happens’ account of a Mott The Hoople tour in 1972.

I was already keeping diaries of The Wonder Stuff’s activities during the late ’80’s, but after reading this book I began to put a bit more effort into what I was writing, entertaining the idea that someday I would invite others to read them too.

Henry Rollins – ‘Get In The Van’/Joe Cole ‘Planet Joe’

In a similar vein to Ian Hunter’s book this is an account of how life was on the road for The Rollins Band during one specific touring period. I believe I am correct in saying that Rollins’ friend, Joe Cole, also kept a diary of the same tour described in this book, ‘Planet Joe’, published by Rollins’ after Cole’s death.

It’s interesting to compare the two books, how one person’s view of the same tour differs from another’s. It gave me the idea to ask my band and crew to keep diaries of a Wonder Stuff European tour in 1993, my intention being to highlight how differently the same tour can be when seen from individual points of view. Of course I was the only one that actually kept a diary.

Joyce Raskin – ‘Aching To Be’

Joyce was the bass player in a Boston band called Scarce and I loved them. Everything was in the assent for Scarce in the mid ’90’s, but just as they were making a name for themselves in Europe their vocalist, Chick Graning, suffered a brain aneurism that all but killed him. His road to recovery was long and arduous and once he was well enough to play again he chose not to return to the path that Scarce had previously trod.

‘Aching To Be’ is a really heartfelt account of it’s author facing the crushing disappointment of her success in the rock world being snatched away from her whilst dealing with one of her best friend’s recovery and eventual reluctance to carry on with the band.

This is easily, hands down, the very best rock biography I have ever read. As well as telling her own story Viv makes real people out of a few of Punk Rock’s leading players, people that have over the years have, at best, ended up as near cartoon characters.

She splits the book into two parts, firstly her teenage experiences that led her to want to be in a band then developing into the story of The Slits short lived ride. The second half of the book is Viv’s post Slits life and oh brother has she had some rough times. Brutally honest, intelligent and forthright, it really is a must read.