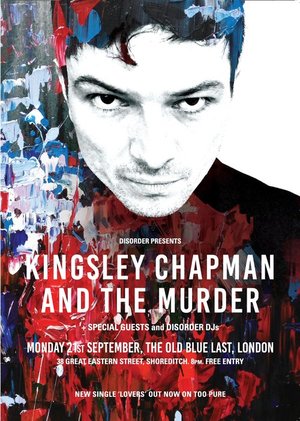 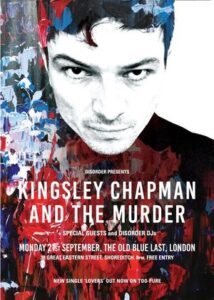 Keith Goldhanger visits The Old Blue Last in the city of London, not once but twice in order to drink beer and watch a couple of his favourite bands play free gigs.

You won’t get any pictures because I didn’t come here both evenings with the intention to write words or crawl around the floor with a camera at these two gigs.
Two of our favorites appearing at two unconnected shows accross two evenings at East London’s OLD BLUE LAST on two evenings during the week when no one else bothers to go out means we can be refreshed with decent beer behind a bar that you get served immedietly at.
Both of the headliners music has entered our ears recently and cemented an impression in a way that all the greats of the past have and nowadays it’s not even necessary to part with the price of a weeks groceries in order to experience this even though a few hundred Morrissey fans over in West London on the same evenings might disagree.
Two gigs.
Two FREE gig’s.
Both featuring bands we love, bands we listen to at home and performers we feel you should come and have a gander at next time they’re in this town or any other town.

Numbers are scarce on Sunday night and the fear of seeing more people on stage than off it crosses our mind until four blokes mount the stage and begin singing, shouting, occasionally jumping up and down, speaking to us in Pigeon English and playing tunes that remind us of those early Sonic Youth gigs we witnessed in the mid- late 80’s. 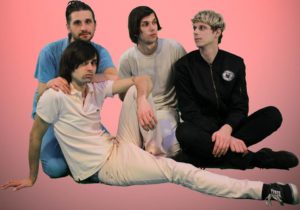 Anyone in whispering distance may know by now that one person around here has been making some short films and anyone who may be paying attention will have noted that MILE ME DEAF  (Pic right) will be featured on Episode Five of the seven 5 minute pieces.(You’ll learn more about this in weeks to come). MILE ME DEAF may not realise this yet. They’d be easilly forgiven for not remembering being pinned against a wall in Brighton four months ago and being interrogated. What’s a ten minute chat with a bearded man on the south coast last springtime going to mean to these Austrians swanning around Europe playing shows seven nights a week, standing on one leg and screaming into their guitar pick ups even though the turn out for this Sunday night may be thin on the ground?

That’s what makes this a unique gig for at least one of us.I feel as though I know these crazy Austrians so well.
They won’t know me. I’m the one that’s recently been staring at their faces on a video editing screen and listening to snippets of their tunes whilst trying to conjure up some kind of meaning to this madness. It’s a new experience and one I’m hoping you’ll get to feel too in months to come.

KINGSLEY CHAPMAN used to be in a band called THE CHAPMAN FAMILY and because Chapman is my favorite name i went to see them one night about seven years ago. It’s this theory that makes me believe is what made The Smiths a household name. The Chapman family were ok in a drunk, shouty tie yourself up with a mike lead kindaway but this solo stuff by Kingsley wipes the floor with his past. It seems churlish to call this a solo gig seeing as though theres six others up on stage playing violin, trumpet, piano bass and a couple of drum kits. The obvious comparison is Nick Cave, or the Tindersticks but the more you listen (and watch) this man the more you notice the big unique niche he’s carving out in front of us and making us wonder how much better this could actually get. Its a decent turn out for a Monday night and it’s a rewarding one for those of us who have ventured out. It’s easy to feel how much everyone else in the world is missing when watching this perfortmmance on a Monday evening. A Monday when these chaps have journeyed all the way down from County Durham just to do this.
“I dream of being a charming man” we think we hear as Kingsley strikes a pose not unlike the man who is getting the nod. It’s serious sad music that makes you chuckle. More smiles than at I LIKE TRAINS gig for sure but he’s got the right balance of humour in there, some big tunes, a very disciplined performance and some songs we look forward to hearing in the comfort of our own homes once we finally decide to have a night in. Two free gigs in one room and enough time in between for a bit of kip and a four course dinner.
The Tunes …