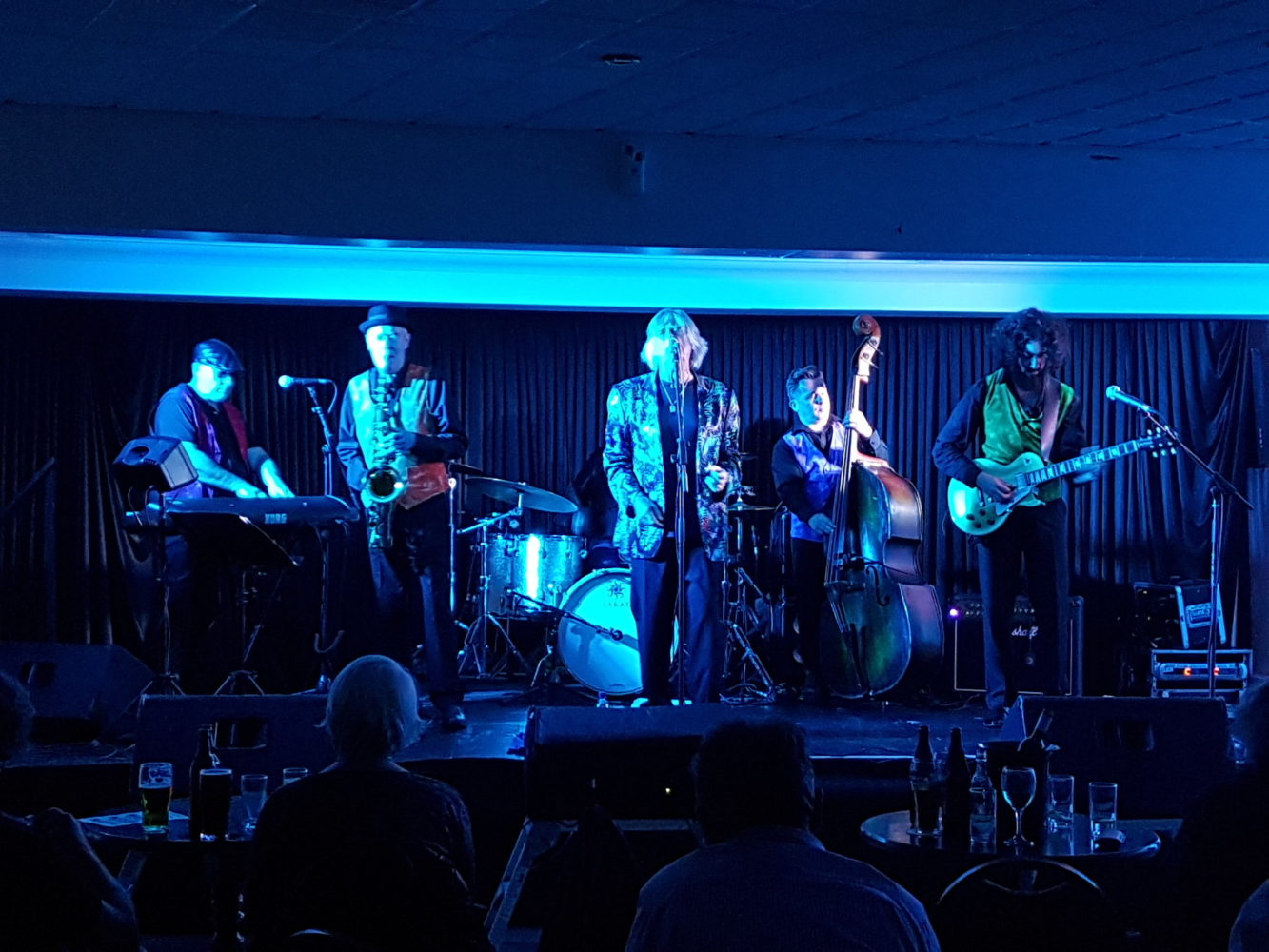 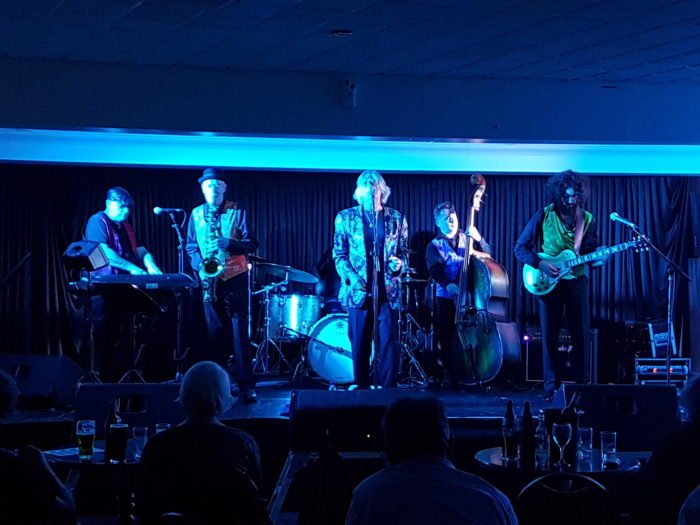 Mike Vernon and The Mighty Combo

Nearing the end of their 2018 UK tour, Mike Vernon and his mighty combo made a stop in Kent. Louder Than War’s Craig Chaligne reviews.

Wearing a groove on the UK motorways since the end of August, Mike Vernon and his Mighty Combo have been rocking many a joints and their stop at the Beaverwood was no exception. Two set mixing originals and spirited covers saw the former Blue Horizon head honcho show an enthusiastic audience that his new career as frontman was no fluke.

Built around the water tight rhythm section of Mike Hellier (drums) and Ian Jennings (Double Bass), the combo also counts in its ranks saxophonist Paul Tasker, keyboard player Matt Little and Spanish guitar prodigy Kid Carlos: a powerhouse rhythm and blues band that swings, rocks and everything in between that their frontman chooses to throw at them. Starting with their anthem “We’re Gonna Rock The Joint”, the band kept a steady pace with “All By Myself” (played with a Fats Domino arrangement). Mike Vernon’s introductions to the songs were insightful and our host made sure that the artists that inspired the band’s originals were given credit. The excellent “Heart and Soul” was described as a “sixties Allen Toussaint groove” and “I Can’t Fix It” was credited to blues shouter Wynonie Harris. Brook Benton’s “Kiddio” was  covered with aplomb and the fist set finished with an excellent take on Paul Gayton and Bobby Charles’s “I Don’t Know Why I Love You But I Do”, a song originally performed by Clarence “Frogman” Henry.

Both sets of the evening started with instrumentals displaying the virtuosity of the Mighty Combo and their spirited rendition on Freddie King’s “San-Ho-Zay” proved the perfect opener of a second set that featured bluesier pastures. Fats Domino’s “Goin’ Home” was followed by the original “Beyond That Train” penned by Vernon and guitarist Kid Carlos and indebted to Little Richard and Sister Rosetta Tharpe. The whole evening felt like a walk through Mike Vernon’s personal record collection and his numerous production credits, especially when Johnny Guitar Watson’s “Hot Little Mama” was introduced by a warm remembrance of the flamboyant guitar player. In keeping with the party spirit of the set, the band left us with “Hate To Leave, (Hate To Say Goodbye)”

Mike Vernon and The Mighty Combo can be found on Facebook .