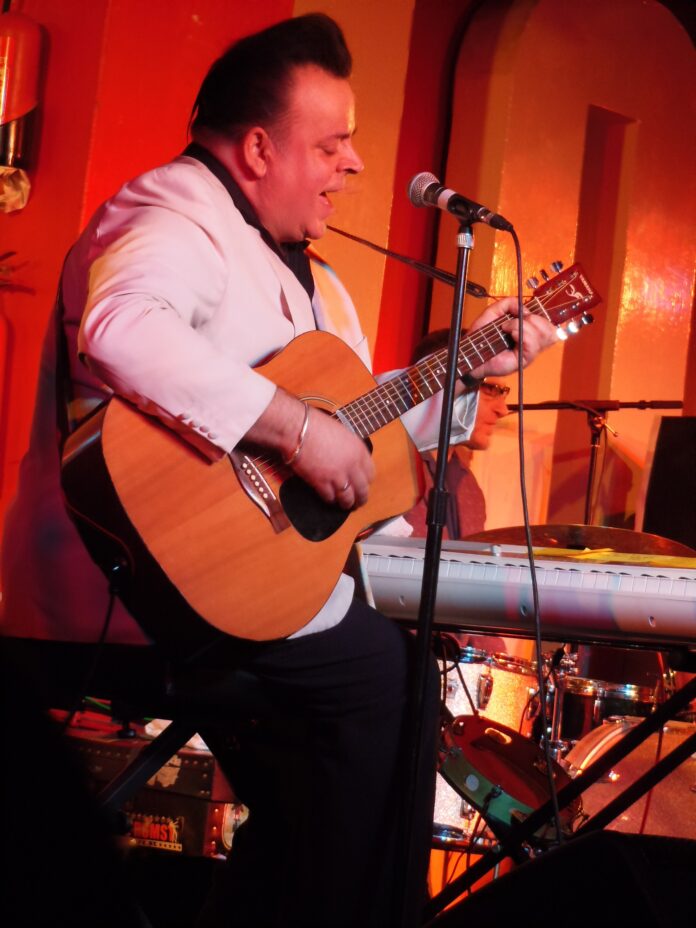 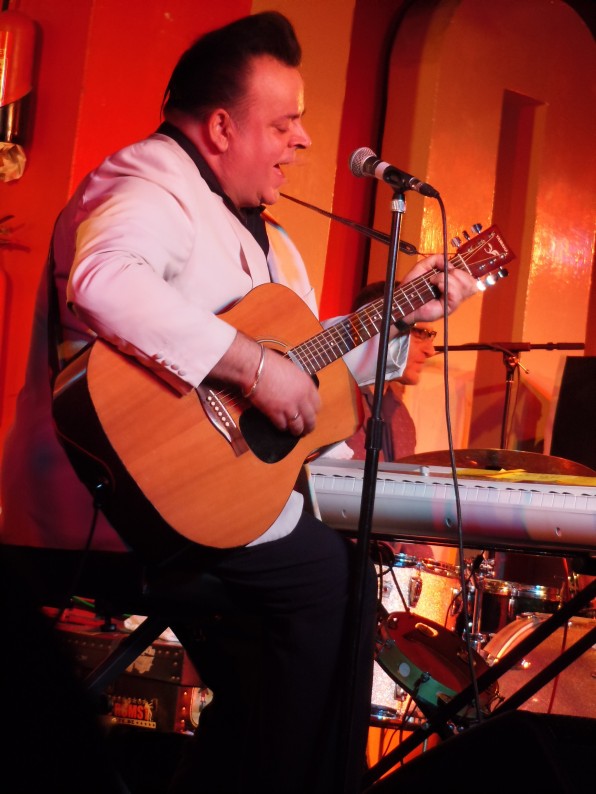 Mike Sanchez and his band.

Mike Sanchez plays old favorites and tracks from his newly released album So Many Routes at the 100 Club.Louder Than War’s Craig Chaligne reviews.

After spending the afternoon at The Wheatsheaf in Tooting Bec watching Geraint Watkins and The Mosquitos playing their penultimate session in this lovely pub (soon to be turned into flats sadly), I made my my way to the famed 100 Club on Oxford Street to see Mike Sanchez’s annual December show. Sanchez and his wonderful band play two times a year at this venue and each show I’ve seen them play there has been an absolute blast. Mike has been playing his brand of Rockabilly/Rhythm’nBlues/Rock’n’Roll for more than 30 years and his showmanship is second to none. The band is composed of long time collaborator Mark Morgan on drums, and of Tom Bull and Nick Whitfield on guitar and double bass. This core line-up called The Portions is augmented for the London shows by a horn section composed of Martin Winning on Tenor Sax and Nick Lunt on Baritone.

Covering all areas from his repertoire, Sanchez dug nuggets from his days in The Big Town Playboys (Red Hot Mama, Deep In The Heart Of Texas). His excellent version of the classic boogie-woogie number Down The Road Apiece wasn’t included in tonight’s show but he has played it almost every time I’ve seen him so I guess he must retire the song once in a while to still find pleasure in playing it. The gig was also the launch party for Sanchez’s new album So Many Routes. The new songs were featured at the start of the second set and saw Sanchez’s leaving his keyboard to play acoustic guitar. The new album features some excellent original material that was recorded in 2006 with Mike Sanchez’s former bandmate in Bill Wyman’s Rhythm Kings : Albert Lee. With the help of Mike’s wife Sarah on backing vocals the band played an excellent rendition of Help Me Find My Way which was followed by the bluesy Your Mama’s Got A Crush On Me. The album’s tracks were recorded a few years back and lay dormant at Mike’s Worcestershire home. He finally took the time last year to polish them and the result his certainly of his best LP’s to date. After that section it was back to the classics with the Bo Diddley medley that included Brown Eyed Handsome Man and other songs set to the the Chicago bluesman’s legendary beat. The set closed with another Chuck Berry song, Almost Grown with Sarah Sanchez and the whole band joining on the backing vocals.

All words by Craig Chaligne. More from Craig can be found at his Louder Than War Author Archive.