It’s Five years to the day since the greatest singer/ songwriter of our generation slipped away. Bowie’s longtime collaborator/ pianist Mike Garson keeps his memory alive with the Bowie Celebration tours, which feature many of Bowie’s musicians who have toured or played on his albums. Today was to be the biggest and most ambitious celebration yet, which involved a huge list of special guests of all ages and backgrounds, but all inspired by Bowie and his music. Initially to be streamed on Bowie’s 74th birthday, however, due to technical difficulties it had to be postponed for 24 hours. Almost 100 musicians were involved, socially distanced, zoomed or streamed live onto projectors, it was a feat of some imagination and lasted around three hours. I watched it mid-morning, after taking 30 minutes to sort my screen sharing to my TV and getting the sound perfected through my Sonos and then it was all systems go…

It seems apt that the first song of the day would be the classic ‘Five Years’ performed by the suited and booted Duran Duran. Although they didn’t reach the passion in which Bowie thrust into this song it was an interesting rendition.

Next up was a dreamy rocking duo, Lzzy Hale (Hailstorm) and Lena Hall performing ‘Moonage Daydream’ whilst reflecting like holograms. Another classic Bowie number ‘Space Oddity’ with Billy Corgan (Smashing Pumpkins) on a small TV screen, with a nasal toned, sombre version.

Perry (Janes Addiction) and Etty Lau Farrell gave a striking performance of ‘The Man Who Sold the World’ using a touch of theatrics with Tony Visconti on bass. It was great to witness LTW favourite Anna Calvi singing the slow, jazzy number ‘Bring Me the Disco King, and she certainly put her own stamp on it.

Bowie’s longstanding friend and musician Gail Ann Dorsey brought beautiful intimacy to the set when she performed a mellow version of ‘Can You Hear Me’ from the 1975 album ‘Young American’s. Known for being the backing vocalist with the Rolling Stones Bernard Fowler picked up Sweet Thing/ Candidate and did a mightily fine job too.

Charlie Sexton gave a fabulous rendition of ‘Serious Moonlight’, with Carmine Rojas on bass and there was more to come from him later. 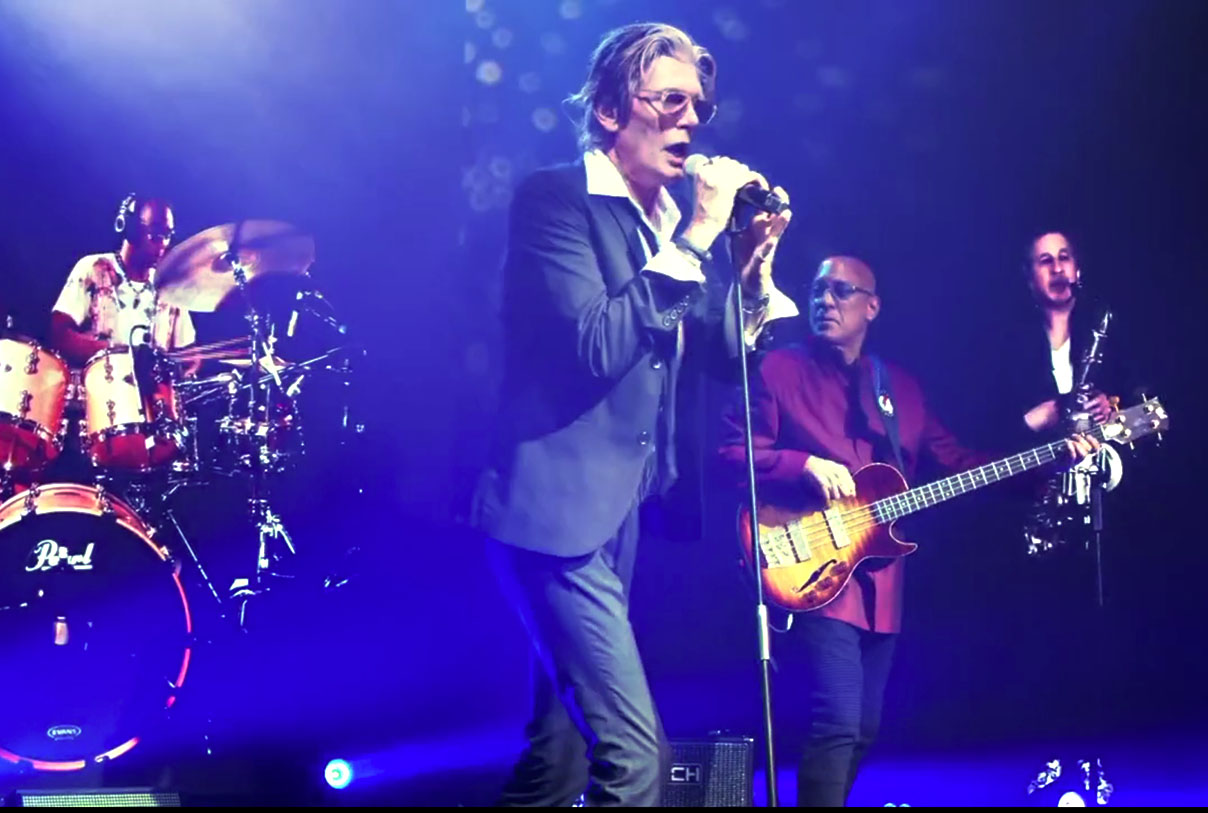 Great to see many females on the show today, Judith Hill knocked out a soulful ‘Lady Stardust’ followed by Macy Gracy in her inimitable voice singing ‘Changes’. It was then time for an instrumental and Garson spoke about Mick Ronson being an unsung hero and dedicated this instrumental of Ronsons ‘Slaughter On 10th Avenue’ to those who have passed like Trevor Bolder.

Catherine Russell sang a rare Bowie track called ‘Conversation Piece’ taken from his early years. There was no let-up from the gems and Charlie Sexton was back in action with a rousing ‘Rebel, Rebel’ with shades of Bowie himself.

Joe Elliot (Def Leopard) who Garson described “no one knows Bowie’s songs better” performed a new arrangement of ‘Win’ another from the Young American’s album, which was just perfect, followed up with Ziggy Stardust.

Garson introduced the next artist as being a fan of Bowie since she was 2 years old, he remarked that this was one of his favourite and deepest songs. Taylor Momsen (Pretty Reckless) treated us to a delicate ‘Quicksand’ with eyes closed throughout, Garson on piano, a poignant moment. 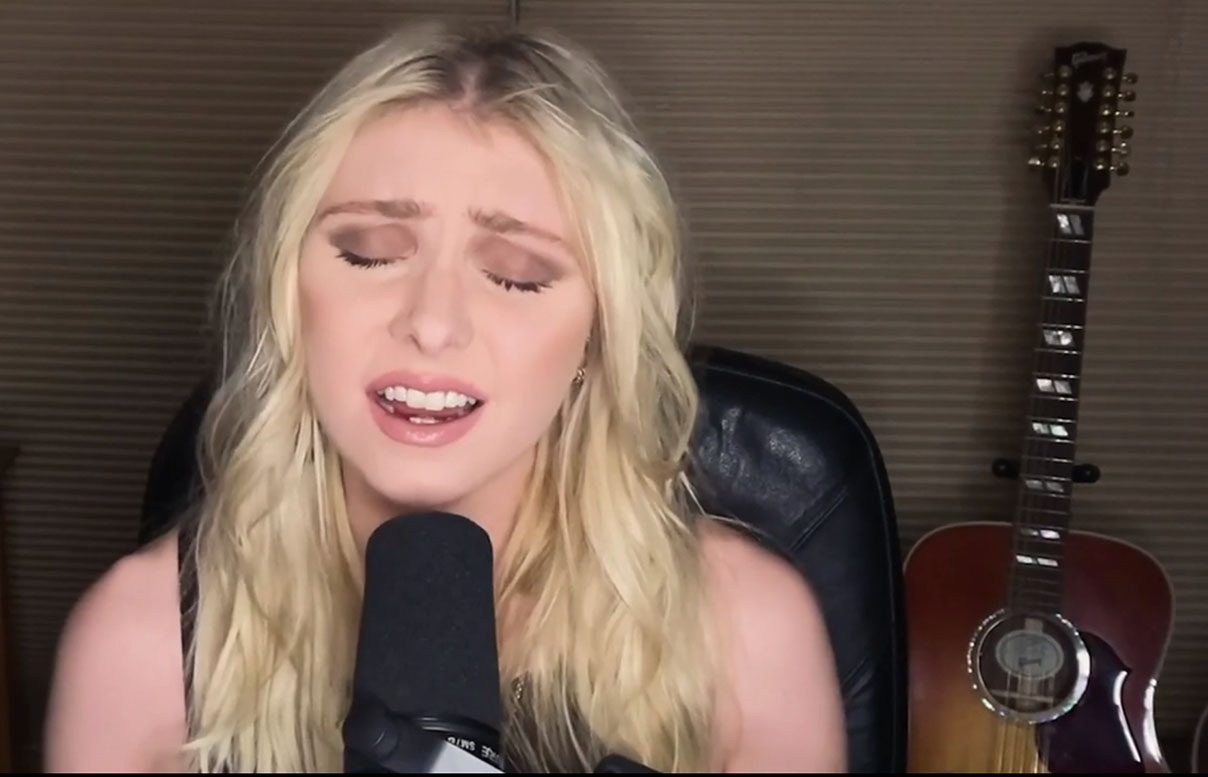 Charlie Sexton was back on it again, with ‘DJ’ and ‘Blue Jean’. It’s not only singers we also had Michael C. Hall (actor also known as the serial killer in Dexter) singing proficiently the track ‘Where Are We Now’

An unlikely choice next as actor/friend of Bowie Gary Oldman gave a cracking thoughtful interpretation of Tin Machines ‘ I can’t Read’. ‘Another rocking performance this time by Jesse Malin with ‘The Jean Genie’. ‘Strangers When We Meet’ from album Buddha of Surburbia was a stunning song by Gail Ann Dorsey. The strains of ‘Sufferage City’ roared out with an unrecognisable Peter Frampton, appearing on the screens, so good. An admirable ‘Fantastic Voyage’ followed by ‘Fashion’ which featured Trent Reznor (Nine Inch Nails) on vocals. A suited and booted Ian Astbury, not generally known for his sombre moods on stage, tried his hand at a jazzy ‘Lazarus’, ending the song with his finger to his lips emulating the famous Bowie photo shhhhhh.

Garson introduced us to Yungblud “a new friend of mine, a London singer” (actually he is from Yorkshire) however he gave us a superb ‘Life on Mars’ featuring Rick Wakeman on piano, Earl Slick and the rest of the Bowie alumni. Yungblud tweeted later “It felt like I was on a different planet last night, he was there and I was with him. It was truly one of the greatest moment of my fookin life. Thank you for everything Starman“. It was a definite highlight for me. 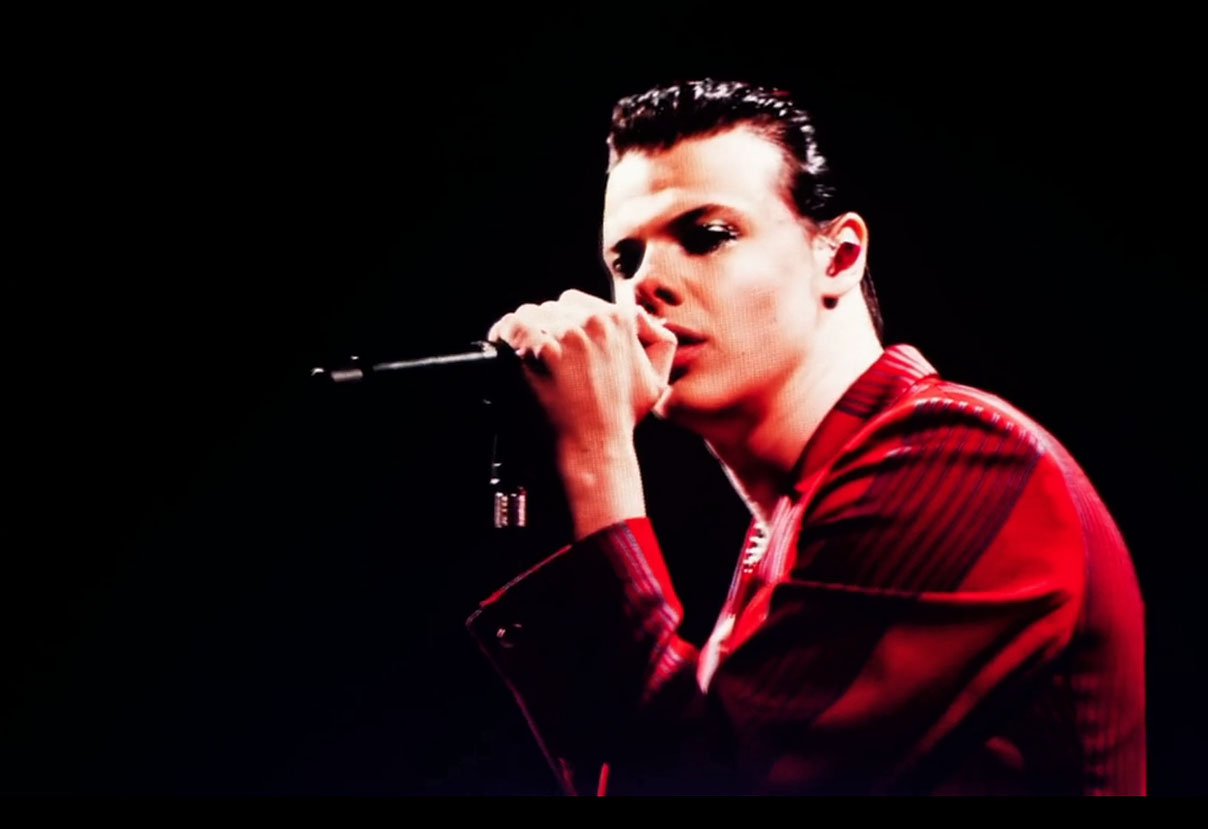 Boy George appeared next, side stage virtually with a fabulous medley of ‘Lady Grinning Soul’, ‘Time’ and ‘Aladdin Sane’, blasting out with that enormous voice, he was a superstar.

Ian Hunter (Mott the Hoople) brought a tear to the eye as he sang his own penned song in tribute to Bowie ‘Dandy’ followed by the magnificent rock n roll classic track ‘All the Young Dudes’, recorded by Mott in 1972 given to them by Bowie.

Adam Lambert (Queen) brought some colourful, glitzy glamour to the show when he performed a song chosen by himself ‘Starman’, from The Rise and Fall of Ziggy Stardust album. A delightful camp version. 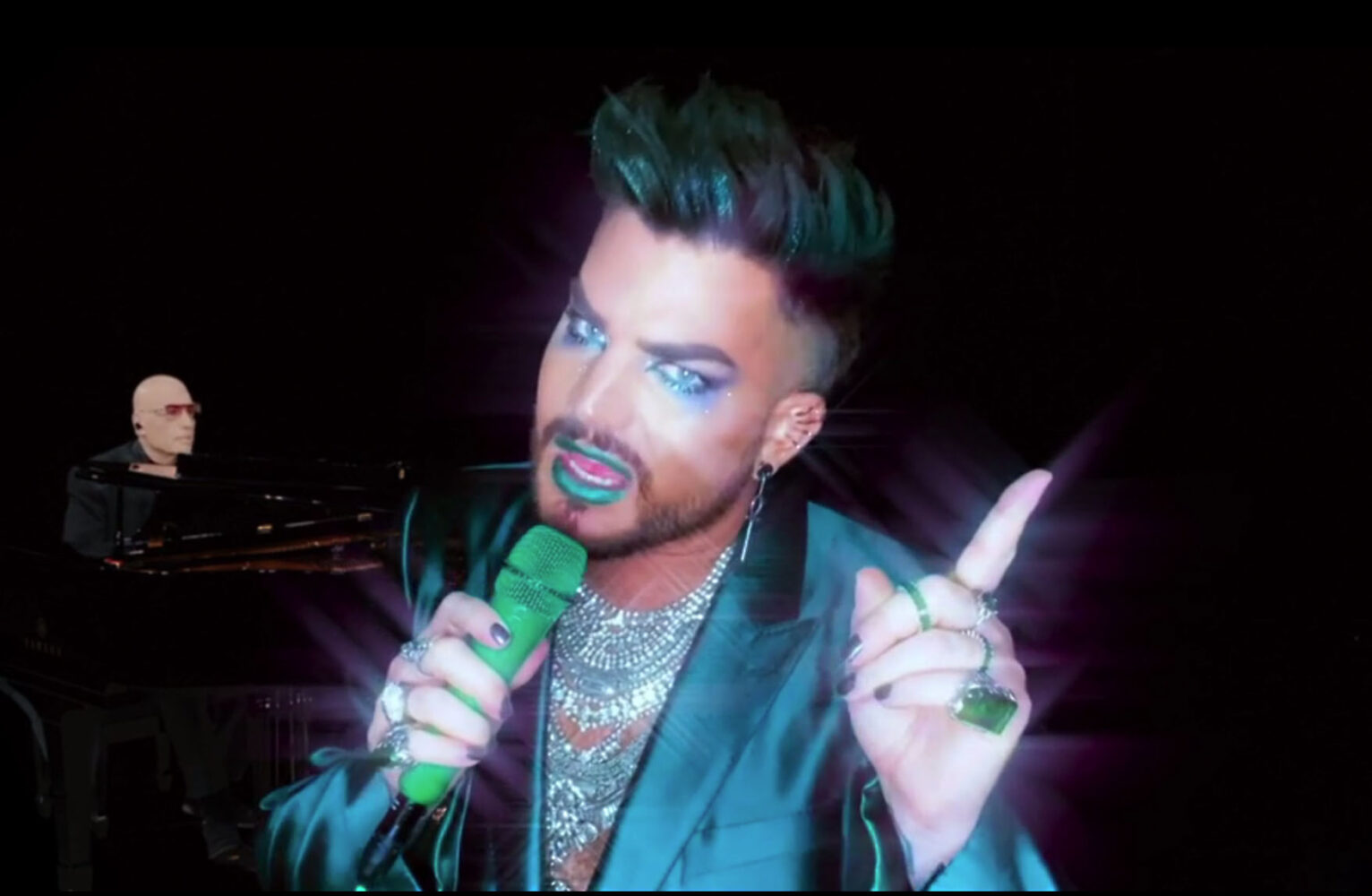 Close friends of Garson Judith Hill and Andria Day then delivered a more restrained ‘Under Pressure’, the song made famous by Bowie and Queen in 1981.

And so for the finale, it had to be ‘Heroes’ executed to perfection by Bernard Fowler. Garson acknowledged that we were living in difficult times and dedicated Heroes to “a better future, that was what David was all about”.

Many others I have likely missed, but would like to give credit to are Carlos Alomar, Zach Alford, Mark Plati, Kevin Armstrong, Gerry Leonard, Clare Hurst, Alan Childs and the quartet section.

It was indeed a fantastic voyage, sprinkled with stardust and a rock n roll moment in time, probably never to be repeated, it’s just a shame that the great man wasn’t around to witness this amazing feat.

All words by Mel, her Author profile is here author’s archive. You can find her on Facebook and Twitter. Photography portfolio can be found here