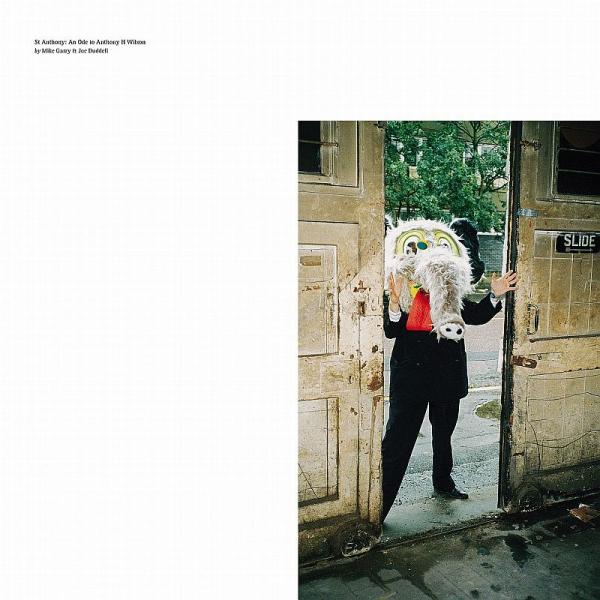 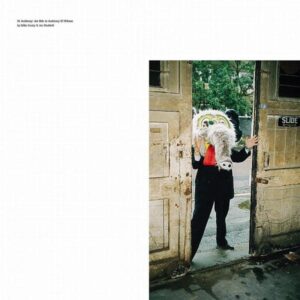 This is a night of ghosts and shadows.

A night of poignant memories – the dust of the recent past and Manchester doing that most uncharacteristic thing – being sentimental.

Fittingly we are in the old Granada building where Anthony H (I’m of that generation that still calls him Tony all the time) would swoop through the corridors sweeping along in his expensive suit like a Victorian impresario buoyed up by his latest enthusiasm, his latest idea, his latest day job TV show.

Granada has long since moved and the old studios are being turned into a creative hub full of new Manchester – a fitting testament to a man who was forever peering forward and seeking that hazy mist called the future.

Tony could be fired up by Joy Division or rebuilding East Lancs, you would meet him at In The City thrilled about Grime music or Enter Shikari, you would argue with him on live TV about  boy bands that he thought were the future of music or smile as he raved about Craig David but you were always touched by the electricity of his enthusiasm wherever it was going.

Tonight is a celebration of that maverick spirit in the old rooms that couched it- an event to mark the launch of Mike Garry’s St Anthony single, which has been released to raise funds for Christie Hospital the Mancunian institution that has fought cancer since the 19th century and where Tony himself spent his last days.

On stage Mike Garry is delivering his St Anthony poem – a moving piece that has its emotional clout added to by the perfect use of Joe Duddell’s string section. The poem has become part of the local DNA since Mike first came up with it several years ago and his endless touring has seen him established as a name with a set of poetic pieces that describe the modern Manchester so perfectly but translate everywhere with their everyday twisted with poetic skill.

Mike oozes emotion and words and wonder and is the perfect person to mark today, the 8th year of the passing on Tony, the day when the gods took the last of the lions.

Mike’s words echo the passing of Tony and the passing of another era. It was a different city then – full of the rusting past, of post industrial malaise but conversely full of great music and whilst Tony didn’t really have a hand in the Smiths and the Roses and some of the other key players, he was the key player in Joy Division and the Happy Mondays and a huge part of the city’s musical renaissance and a seemingly permanent fixture in Manchester’s grappling for  a new identity as it re-emerged from the rubble.

He had the vision and the self belief that woke Manchester up and the can do/why not attitude that was so much part to the real punk rock that saw Manchester emerge as the first post punk city – a reinvention of rubble that saw it become  the second city in the UK. His self belief oozed through the red brick metropolis  and rebuilt it and even if the final result may not be what he was thinking that spirit is still everywhere.

Where most people took the can do clarion call of punk rock to mean releasing a great seven inch single, Tony rebuilt a city – not with his bare hands but with ideas. And that’s the magic. Ideas.

The night starts with the video of  Mike Garry’s ‘St Anthony’ – a simple yet powerful piece of film with friends/contemporaries of Tony miming to the poem.

It is a video that went viral last week and has had people in tears. Tony would have been the first to shrug his shoulders at such pop culture emotion but would have been secretly thrilled – who wouldn’t be?

You keep expect him to be here somewhere in this room and maybe he his, Mike Garry’s words and emotional delivery, his stops and his starts and his precious syllables make this the perfect marker for a man who would have adored this piece of machine gun literary art for what it is – a brilliant sounding rush of words and a beautiful classical music score.

Tony would have loved all of Mike’s work – it’s the descriptions of the Manchester he loved and the strings that tonight give it that kind of classical edge that he also adored, that idea that was so Manchester of the so called high brow made popular – the normal kids singing along to Joy Division, the city where a situationist slogan made the perfect name or its favourite club, a city where populist and so called high art are mixed into one, a city where the 19th century Halle orchestra was a people’s orchestra and not for the rich folks, were Shaun Ryder is a poet, where Ian Curtis’s highly personal poetry was brought down to earth beautifully and touched the souls of everyone who listened , a city where there were no leaders – just parking meters – just the people – all those contractions and ideas are what makes Manchester so great. Tony knew this, Anthony knew this and Mike Garry knows this – the latest in a city of poets his poem has become part of the culture and the story.

The evening is the perfect statue to Anthony H – none of this bird shit collecting concrete but a piece of moving, visceral art made by the people for the people, a fleeting momentarily slice of brilliance and a celebration of the now – how very Tony.