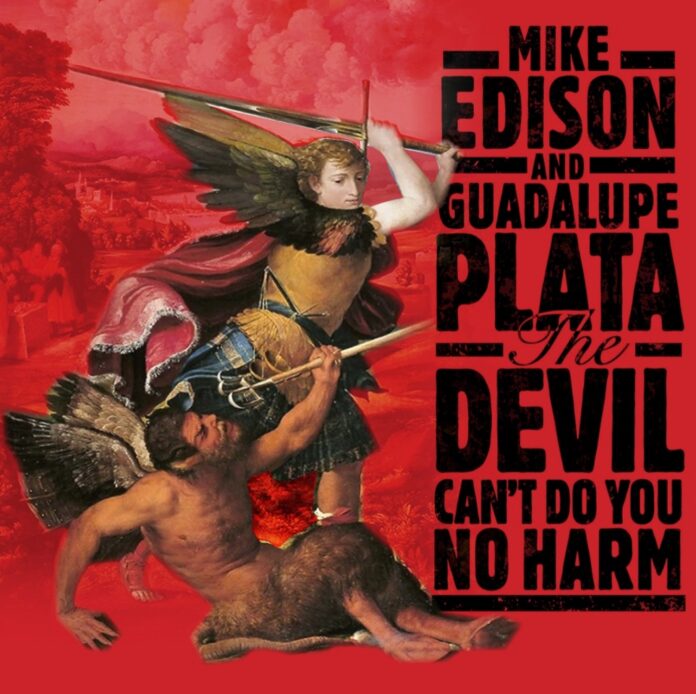 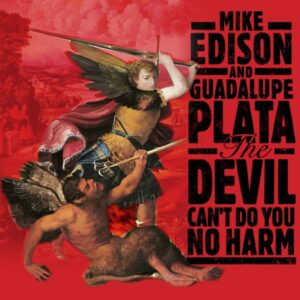 The Devil Can’t Do You No Harm

What happens when acclaimed writer and musician Mike Edison teams up with the equally acclaimed Spanish Blues wizards Guadalupe Plata? A dirty dose of rough around the edges rock n roll gospel blues with a twist. Wayne AF Carey checks it out…

For those who don’t know the name Mike Edison I’ll give you a run down. He’s a bit of a writing legend to some, dirty old man to others, a ganga preaching hero to readers of High Times and a seasoned musician in his own right. He’s played drums with legendary Spanish punk rock band The Pleasure Fuckers, worked with GG Allin, Jon Spencer and fronted his own band The Edison Rocket Train. Not to mention critically acclaimed books and a recent biography of Rolling Stones Drummer Charlie Watts. He’s had an interesting as fuck life by all accounts. Here’s what he says about his latest venture:

“I had to come back to Spain to make this record. There is all sorts of magic here. If there were a delta in Spain, it would be in Andalusia. This is where Don Juan was dragged to hell by the dead father of the girl he seduced. This is where they invented the guitar and of course, Guadalupe Plata — for an American grown up with the blues, they are a dream come true. They come at it from a different angle, but with a lot of truth. The terrain here is strong. There is music in the air.”

Opening track Joshua Fit The Battle Of Jericho is a down right dirty slab of gospel blues that whizzes in and out with spaced out effects and the rough as fuck rasping vocals that holler in and out like a preacher with a big bag of skunk hanging out of his back pocket. You can hear snippets of Jon Spencer in here throughout which was always part of his musical journey and the Plata are as tight as can be. Old Fashioned Communication Blues is a blues stomper. “Smoke signals baby, that’ll be my thing” A proper rolling number that gives you that feeling of Tarantino soundtracks and drunk preachers. Who Ya Gonna Call is not a sequel to that fuckin’ Ray Parker Junior tune. It’s a dark Spanish flecked cowboy style soundtrack with early Cave like vocals that rumble around the sophisticated guitar sounds from the Plata. Mesmerising psychedelic stuff.

Oh Mary Don’t You Weep is proper old school gospel blues, yet sounds for these times, re-invented for a new audience to discover the gritty sound of guitar slinging preachers. Moses gets a shout a lot in this religious protest song that hypnotizes your brain. Take Sick And Die is swamped full of dirty riffs and echoing vocals that spit out venom about impending future death. Some great psych effects swirl in and out to match that downright guitar scuzz that sounds old but futuristic. Go Down Moses is just excellent. You’re transported back in time to the Wild West with a cup of holy water laced with piss that you pass to your distant cousin who’s fucked you off. It’s like transporting prime raw blues into the future for the kids to get their teeth into.

He goes all confessional on That’s Where I’m At, plonks the theremin out and adds a bit of sci-fi for effect. An autobiographical piece of magic sprinkled with Guadalupe Plata’s Pedro del Dios amazing Spanish guitar stylings. John Henry sounds like the intro to Sabbath’s Iron Man then goes all mad as fuck like The Birthday Party on peyote laced with premium speed. A mental piece that sounds tribal and menacing with some mad weird shit harmonica slicing through the air joined by a pierce of sax along with repetitive tribal drums. Make You Feel My Love is a really dirty raw cover of Bob Dylan that lifts it to new heights. The hollering vocals and reverb just sound cool as fuck in a spliffed out mantra of sound. Closing track I Want To Shout is just a right laugh that sounds like the end of a fuckin’ good party when everyone’s stoned and grinning. A blues stomper that picks up the pace and slows down with some great distorted vocals that bring back the Jon Spencer comparisons yet remind me of the Gallon Drunk days. Top ending to an exciting album.

The Devil Can’t Do You No Harm is a cauldron of the New World and the Old, an indelible statement of love and protest. It is a colossus of rhythm, and a timeless testimony to the power of gospel and blues to deliver salvation. Get some, now!