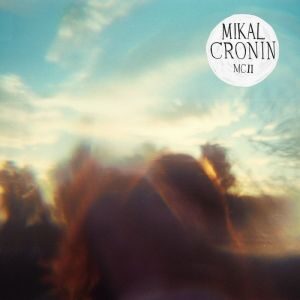 Longtime Ty Segall cohort and multi-instrumentalist Mikal Cronin’s ambitious sophomore album has more power-pop polish but loses none of the raw honesty listeners recognise him for.

By now everyone should be weary of Mikal Cronin’s inevitable comparisons to band mate Ty Segall in the press, but with MCII, it’s clear Cronin needn’t worry about stepping out from under anyone’s shadow.

A lot of the compositions on MCII rely on fairly standard but effective acoustic-based chord progressions, which are then heavily layered with sophisticated arrangements (and all instruments are played by Cronin himself, apart from the odd guest appearance, which includes the unstoppably prolific and equally musically proficient Ty Segall).

The album is not an inflated vanity project of lawless pandemonium though, as it could be in less skillful hands; instead it flows surprisingly easily and gently on the ears, and yet it’s also a joy to savour and pick out the individual parts if you’re in that sort of nerdy and deconstructive mood. Because of this, the 10 up-tempo and catchy tracks on MCII have an appeal that is instant, but continue to reap rewards as deeper complexities reveal themselves on repeated plays.

MCII starts off in spectacular fashion with “Weight”, which builds on a lilting piano line and quickly transforms into a gleaming pop revelation with killer hooks and a big, explosive chorus. “I’ve been starting over for a long time/I’m not ready for the second wave, the weight of seeing through”, Cronin croons, and then you just instinctively know MCII is destined to be a strong, meaningful album of invigorating self-reflection foretelling bright new beginnings.

“Shout It Out” again begins with a buoyantly airy melody before blowing up in a distorted blast of fuzz guitar, and is complimented by hand claps (the perfect pop song’s often underused secret weapon) and Cronin’s honey-throated harmonising. The lyrics continue to elaborate on Cronin’s own battles with self-doubt and uncertainty, but through their raw honesty and plain sincerity, this vulnerability is converted into a compellingly brave show of strength. “Do I shout it out?/Do I let it go?/Do I even know what I’m waiting for?”

Although the intimate, fearless confessionals of MCII are more sensitive, subdued, and pretty than the projects he is currently better known for, Cronin certainly hasn’t forgotten the purgative power of a loud guitar shred, and can’t seem to resist smuggling a few in here and there, with typically great results (most notably on “Change”).

Working with his garage rock background and incorporating it into the varied palette of MCII instead of denying it definitely works to his advantage, and his own self-described style of “aggressive pop” proves a much more interesting and impactful formula than your usual straightforward maturing singer-songwriter solo album can manage…

The album ends on a heart-rending yet optimistic note with “Piano Mantra”, a humble ballad full of aching string and piano textures about coming through the other side (“the open arms are giving me hope”).

Mikal Cronin has succeeded in crafting a handful of beautifully orchestrated, quite personal songs that don’t feel encumbered by negativity or self-centeredness, and the record has a great accessibility and sunny sound that is empowering for anyone wrestling with their own inner demons.