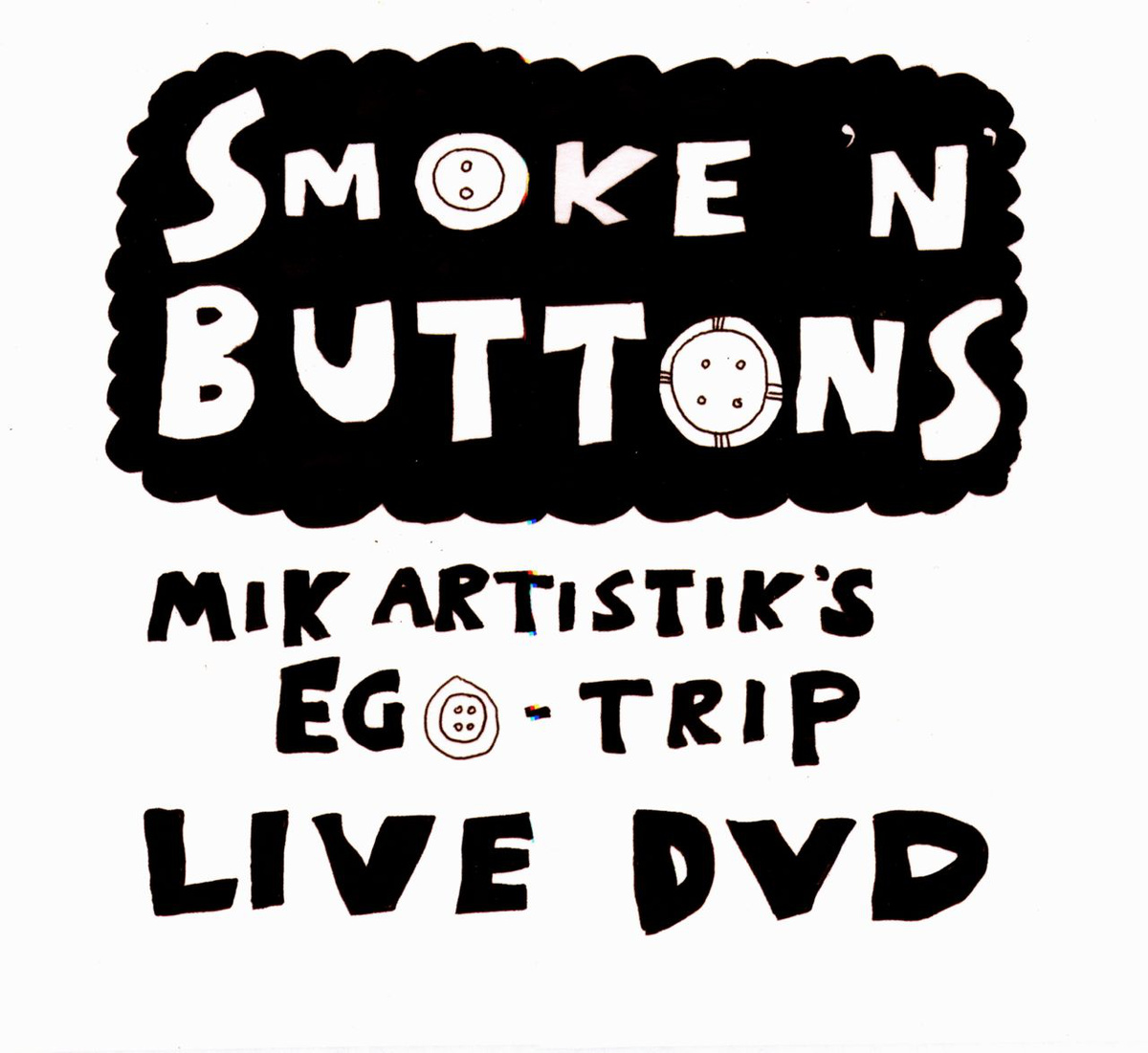 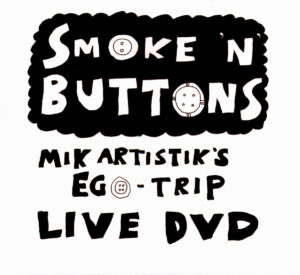 Keith Goldhanger found a DVD in his tent …Then remembers where it came from and what he was doing before the advertised fun at Glastonbury began back in June.

There’s a risk involved with artists such as MIK ARTISTIK that once seen (and enjoyed) could be enough.
Material containing lyrics and actions (not Jokes) that make you chuckle are always at their best the first time but as their performances at Glastonbury (Over a dozen it’s been reported in total over the weekend – that’s over six hours more than bloody Kanye gave us) this year proved, this trio have amassed a rather decent following over the past few years that do appear to return time and time again.
If it works for Half Man Half Biscuit and Mik can be prolific and keep his standards high then we could be onto something even though his doctor has recently told him he only has “44 years left to live”.
This DVD appears to cover a huge percentage of his current material therefore those who have been lucky to see this show will certainly enjoy this memento during the cold winter months when the telly is probably hosting more cooking programs and is certainly a good introduction for those who haven’t come across this man yet.
Some of us were fortunate to see MIK ARTISTIK’s ALTER EGO (to give it the full title) well after bedtime in a field full of weary punters who sat and gave the impression that they were full of thought trying to work out what the dickens was going on . Not only did this man (late 50’s, early 60’s at a guess) appear to be shouting at people, swimming on the tables and rearranging the wheelchairs during his Wednesday evening Glastonbury turn, he was simultaneously being responsible for making those there who were not confused and wondering what they were sat in front of laugh and punch the air with delight at their fortuitous attendance and discovery. 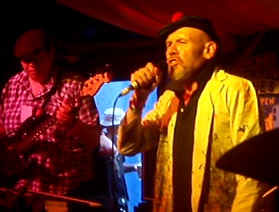 Recorded at the Brudenell Social Club, Leeds this is a good example of the Mik Artistik’s Ego-Trip live show. It’s a fairly sober affair and covers subjects that range from death, growing old, cheap items of clothing to a song about a leaf caught in a windscreen wiper. He’s a punk rock shouty story teller of the obscure and strange. A social commentator that differs from the serious stuff Sleaford Mods offer and this is why we’d call this comedy, a cabaret turn (a couple of gigs at this years Ediburgh Fringe) and an act where a mosh pit full of drunken revelers is just as likely to mix with an equal amount of couples having a romantic evening out on a school night.
Dressed in a paint stained long shirt (Mik is an artist) and backed by a bass player and guitarist (Benson Walker and Jonny Flockton) grinning from ear to ear whilst strumming casually a few blues riffs, a Robert Palmer riff or simple three chord punk riffs this band are playing simple songs about the mundane things that most of us wouldn’t even consider mentioning in conversation never mind in a song. Sad songs, happy songs, songs about garden ornaments and catchphrases that the regulars of this trio already know.
He’s from Leeds, a lot of his gigs are in the North but he’s been turning up at the summer festivals where some of you may have bumped into the show and been wondering what it was being witnessed.
Worth an evening in front of the flat screen whether you’ve crossed paths previously or not.