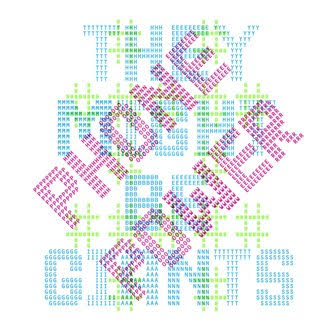 They Might Be Giants continue their home run of albums with “Phone Power”. Louder Than War’s Craig Chaligne reviews

“Phone Power” closes what would be entitled “A Trilogy, The Second Coming of  Dial-A-Song”. Three albums in two years, the band has had one hell of a productive run and will be taking a well deserved rest after after they finish promoting their latest. Far from being an outlet to release slightly sub par songs, “Dial-A-Song” freed the band from the tour-album cycle. The songs eventually ended up being spread out over three albums (“Glean”, “Why ?” and “Phone Power”). Ably backed by their fantastic  band (who’s importance is not to be understated in this frantic period of creativity), the two John’s tackle everything that takes their fancy.

Always sailing a closs line between the dissonant and the melodic such as on opener “Apophenia”, they also manage to churn out a perfect pop song like “To a Forest” that would make the Fountains Of Wayne jealous (they still manage to fit a whacky guitar solo in it though…). The stomping “Say Nice Things About Detroit” has a Kinksian beat to it while  “Trouble Awful Devil Evil” could be a taken for a protest song against the current state of the United States. “Sold My Mind To The Kremlin” sounds like a cross between TLC and Frank Zappa while the catchy “I Said Something” with it “pom-pom” infused chorus will certainly be whistled by many TMBG fans on their daily commute. Attempting everything from a folk song (“Impossibly New”) to a Destiny’s Child cover (“Bills, Bills, Bills”), the band challenges boundaries and styles. “Go Getting Up So Down” sounds like a mid-seventies 10CC track with modern production. “Shape Shifter” is a perfect slice of melodic goodness with as usual a slightly dissonant guitar solo that sets it apart from the rest. An alternate version of “Black Ops”, a song about drones first aired on 2013’s Nanobots precedes the country-ish “I Wasn’t Listening” that closes this Dial-A-Song trilogy on an appropriate goofy note.