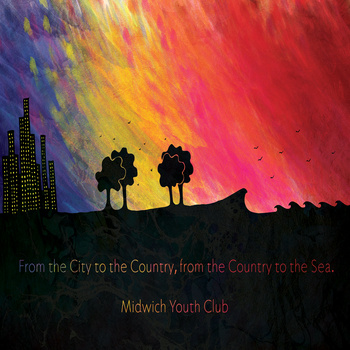 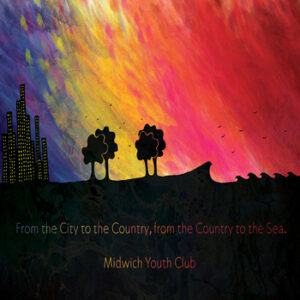 The long title to this album is maybe a clue to what lies in store. Ten tracks – From The City To The Country and From The Country To The Sea, both in five parts each. It already sounds a bit prog-rock? It is.

Allan is a multi-instrumentalist and as such has my undying respect straight away. He’s been releasing stuff since 1984 under several guises and associations such as Midwich Youth Club, Megatory And Betty, Pages From Ceefax and Jerk Test and is clearly influenced by themes and incidental music.

True to my claim that ‘everything deserves one listen’ I persevered with the album. The second part of my claim is ‘but, not necessarily a second’ and given that the words ‘prog-rock’ have already been mentioned, I’m sort of giving away what I feel about the album. It’s all a bit 1970s Jethro Tull, Pink Floyd, Rick Wakeman to me, and I’m not the biggest fan. That aside, I think it’s always important to forget any preconceptions and get on with the job in hand.

Given that this is one bloke, it’s impressive and I love the indecipherable, muffled, background voices in the early parts of From The City To The Country. There are also some random blips and beeps which lift the tracks slightly from something which may have been a bit monotonous.

The album is said to be a musical journey and I can see where that’s coming from. From The Country To The Sea incorporates bird sounds, chatterings and ebbing tides and this makes the compositions more interesting. There’s arguably an audience for this kind of stuff and that’s good. I can also appreciate what people may like about it, but for me it sounds slightly dated and lacks excitement. Danny Baker clearly professed a love of prog-rock on his recent Rockin’ Decades TV programme and I’m sure he’d love this album, but for me it’s all been done before.