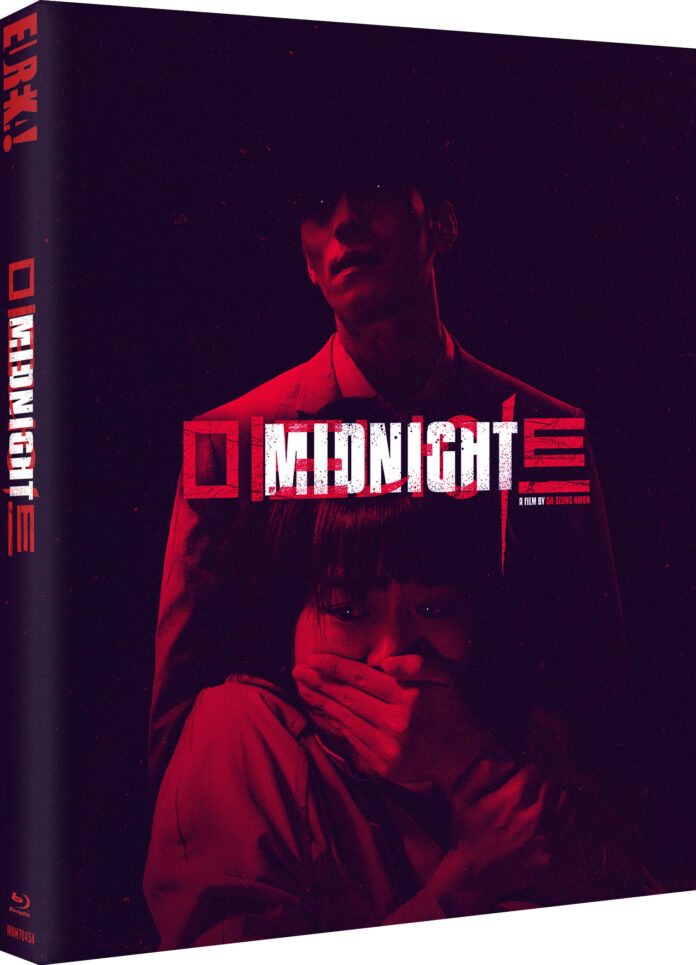 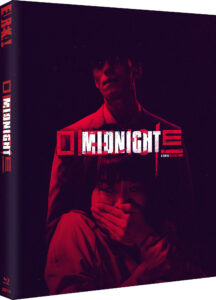 If you had to name a country whose TV and cinema were on the rise, South Korea would be a good answer. Parasite recently gained the distinction of becoming only the third film to ever win both the Palme d’Or and Oscar for Best Picture, while last year’s survival drama series Squid Game speedily established itself as a true international phenomenon.

Wi Ha-jun, one of the stars of that series, appears here in the directorial debut of Kwon Oh-seung, as serial killer Do-Sik. 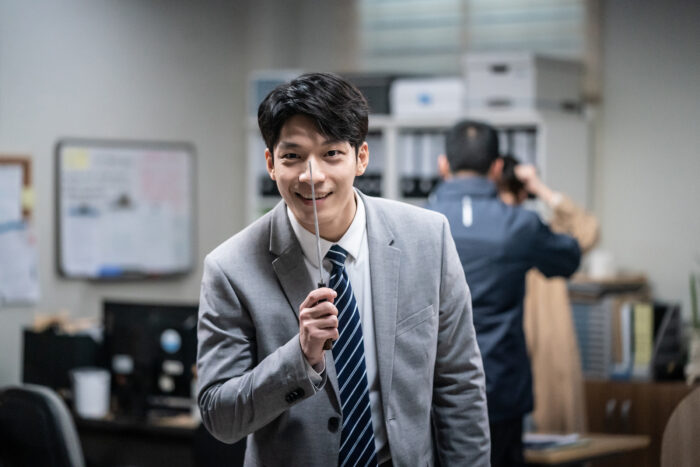 Operating in a Seoul neighbourhood by night, he targets what he perceives as the perfect prey in Kyung-mi (Ki-joo Jin), a likeable young woman who is deaf and unable to speak.

She lives with her mother, who is also deaf, the pair aided by a number of alerting devices such as motion sensors and audio detectors, while both communicate to one another in Korean sign language.

Kyung-mi, though, navigates through life as independently as possible. She works in a customer services department, answering video calls from hearing impaired clients and she refuses to take any abuse from rude customers. I did recognise one piece of international sign language she uses – the middle finger. She also stands up for herself at staff meetings, insisting that she attend a social function for some of the company’s bigwig clientele. It’s after this event, which runs later than expected, that she finds herself in the wrong place at the wrong time. Not far from her home, she comes across a badly injured girl who pleads for her help. 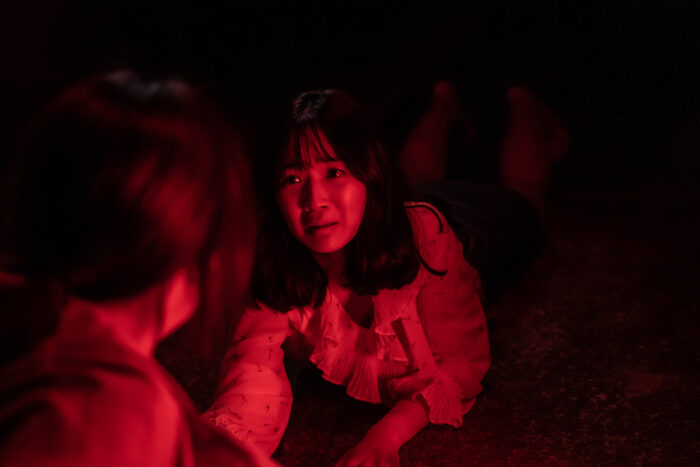 Lurking in the shadows and watching on is a masked Do-Sik, who has just attacked the girl. Kyung-mi will have to make the absolute most of her resourcefulness to survive his murderous intentions.

Young, strong, self-confident and extraordinarily devious, Do-Sik not only enjoys inflicting physical pain but derives pleasure in playing twisted games. This is a risk-taker, who is drawn to witnessing the turmoil that his grotesque actions set in motion. His arrogance is so great that believes he can outwit not only his intended victims but the cops too, albeit that’s not too difficult here as the police officers are all portrayed as utterly incompetent, though well-intentioned.

Do-sik can ooze vulnerability or charm one minute and then instantly switch into chilling sadistic sociopath mode. It’s a standout performance from Wi Ha-jun. 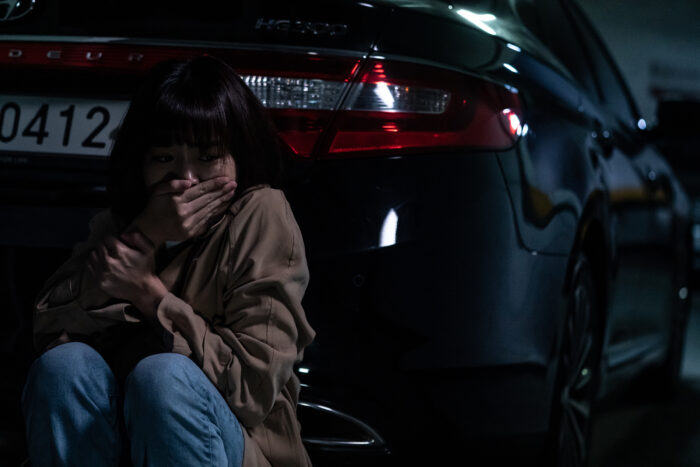 Midnight is beautifully shot – its saturated colours perhaps inspired by Dario Argento’s Suspiria. Even more impressive is its sound design, which regularly alternates between full sound and a clever use of silence that plunges us into the world as experienced by Kyung-mi and her mum.

Despite a surfeit of illogical decisions made by a number of characters, Midnight delivers the goods. Fast paced, the tension is unrelenting once it hits its stride, including an axe through the door scene that pays hommage to The Shining. Heeeeeere’s Do-Sik!

I bet the inevitable Hollywood remake won’t be anywhere near as good.

All words by Jamie Havlin. Jamie has written a couple of short films screened on British TV and at international festivals. He regularly contributes to the glam rock fanzine Wired Up! More writing by Jamie can be found at his Louder Than War author’s archive.