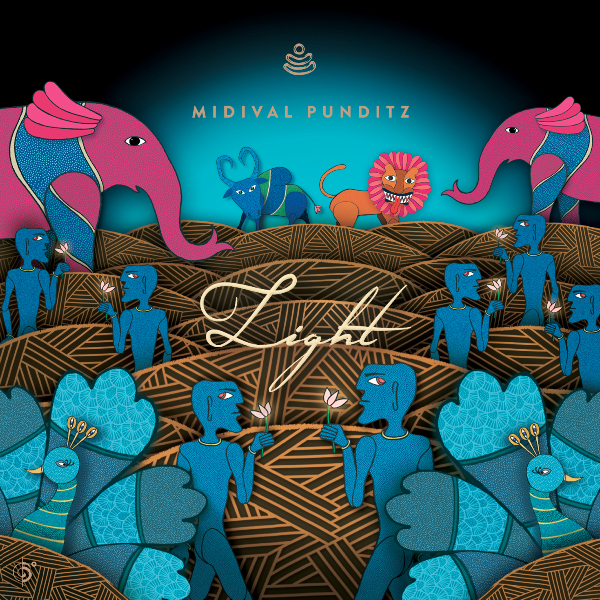 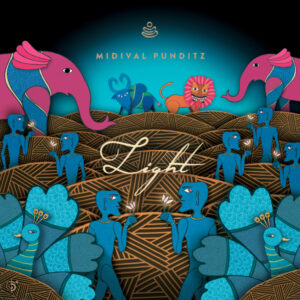 If you’re unfamiliar with Midival Punditz then fear not, things may well change with their new album, Light. With roots in the World of DJing the duo has, for the past eighteen years been making hard electronica which has earned them the title of the Indian version of The Chemical Brothers. High praise indeed, but on the face of Light, seemingly justified.

Mixing traditional sounds from their homeland with huge expanses of Western rock they have created an album ranging from sweet dance to a completely individual sound of their own. Recent lead and single Baanwarey was a riveting cavalcade of addictive chant, dance and pulsing beats and easy to see why they were recently awarded their first GIMA (the Indian Grammys).

The Depeche Mode purist may spot a Personal Jesus likeness to the bassline and moon stomp beat of Baanwarey (featuring Kutle Khan on vocals) which could be coincidental or a tribute of sorts. Either way, it’s a storming track which maybe should have opened the album rather than Run, which while entertaining does veer slightly down the synth-prog-rock road. No bad thing in isolation, but a couple of ventures in this vain do slightly deter from what is otherwise an often gripping album.

The duo are by no means hidden away in India, they recently played alongside the likes of Usher and Norah Jones in New York at the request of Alicia Keys, things could be on the up for them.

Various styles of Indian folk music are included on the album, from Punjabi to Carnatic from Uttar Pradesh to Rajasthani and when mixed with guitar on tracks like Run the result is quite pleasing. If there’s a criticism then it can be that the prog-rock feel does become a little tedious not just here but at various points throughout the album. The saving grace being the true diversity of the music throughout.

Laagee, a slower more serene number features the vocals of Malini Awasthi whose voice is quite simply angelic, whilst separate vocals contributed to Echoes border on anthemic. The duo insist that the album should be played in full from start to finish, like Pink Floyd’s The Wall and it’s easy to see the logic behind that as playing single tracks (maybe with the exception of Baanwarey) just doesn’t seem to work.

A concept album of sorts, but don’t let that put you off. Light is positively addictive and well worth an hour of anyone’s time.