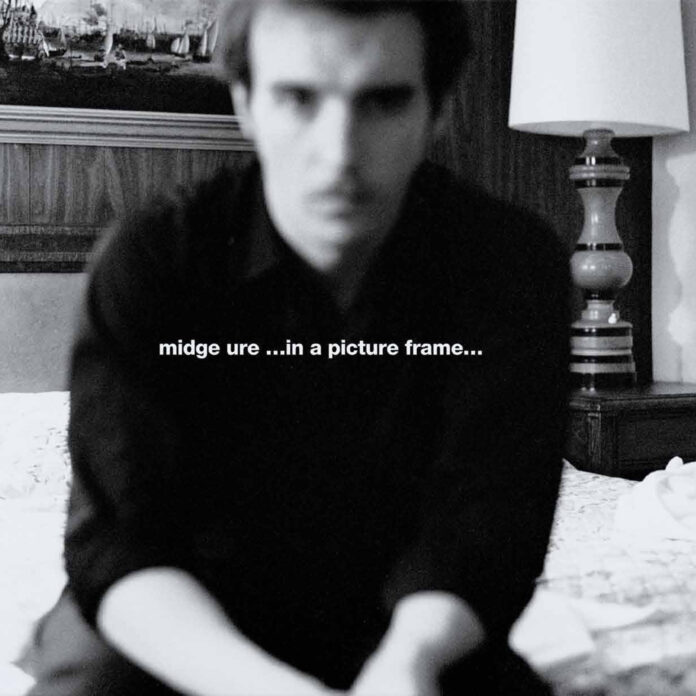 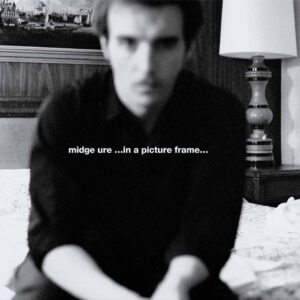 Midge Ure – In A Picture Frame

In A Picture Frame opens the shutter to reveal the haunted ’80s scenery, captured by one of the decade’s stylists Midge Ure.

“We were interested in not just making the music but how our music was presented. The packaging, the photographs, the graphics”. With a short introduction, Midge Ure, a new wave propagator and visionary, explains the raison d’être behind the book, featuring his photography.

Although spanning over a relatively brief period, from 1979 to 1986, the book presents a few narrative strains. All of them are inevitably connected to Ultravox, Ure’s major project at the time. Recording sessions at Conny Plank’s studio, Rage in Eden tour, sessions with George Martin at Air Studios in London, work on a video for the band’s hit Vienna etc.

Having joined the revived Ultravox in 1979, the musician started taking photographs with a 35mm SLR camera. The series of black-and-white and coloured shots are thematic, they capture events from the band’s career in a non-linear fashion. With a focus on ambience, Midge Ure provides these photographs with a personal tint. Defined by a theme of a swimming pool, a few pictures seemingly allude to an eponymous 1969 film by Jacques Deray. Some of them were taken during the recording sessions at Air Studios. The glamorously turquoise palette and the motif of water continue on the next shot which takes the viewer to William Randolph Hearst’s Castle in California and has nothing to do with George Martin’s recording facilities.

Associative thinking seems to be a unifying principle. These pictures are a recollection, “cut-out shapes in secondhand daylight”. During the book launch, organised by Walthamstow Rock ‘n’ Roll Book Club at 21 Soho, Ure admitted that the photographs he chose for the book are mostly monochrome. The reason is simply that’s how he recalls the ’80s.

Minimalist aesthetics, undeniably great taste for scenery and pedantic approach to composition are the qualities, applicable not only to photography but to the music. With the arrival of Midge Ure, the course of Ultravox changed towards experiments with texture, pushing the boundaries of sound by means of synthesisers as well as finding the balance between the niche and radio-friendly.

Several black-and-white images from Conny Plank’s studio in Cologne pay homage to the record producer, whose ideas became integral to the sound of Ultravox. Following a relevant question from the audience, Ure cited Conny, using poetic language to describe his idea of the sound for Vienna: “When we played Vienna live and then went to the control room to talk to Conny, he said “I hear an old man playing the piano in an empty ballroom, he has played the same tune for 40 years and he is really tired”. And the sound he got there was exactly that. That’s how Conny thought”.

Featuring the blurry image of the author, the cover is emblematic of the dominating power of music and art over those who create them. They are haunted pictures that tell stories and gratifyingly more than just about the author.

In A Picture Frame can be purchased here. More about Midge Ure on his official website.