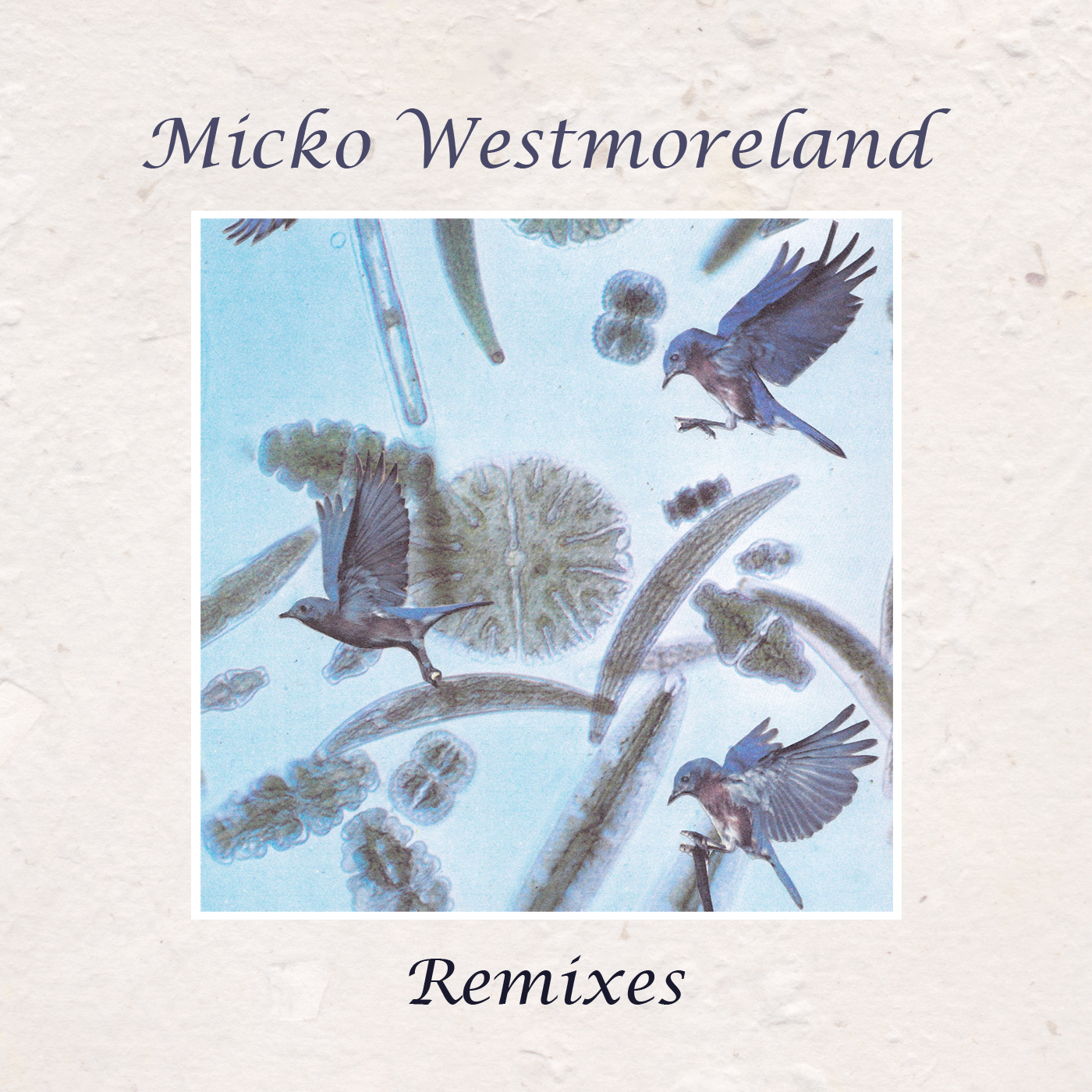 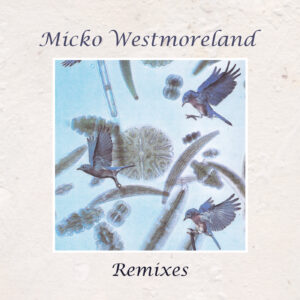 Out on 12th August

Mixed bag of remixes of tracks from his previous albums from retro-modernist-futurist art-fop.

Micko Westmoreland is not your average artiste.

He’s a bit of  a queer fish, if you pardon the expression.

A “multi-facetted polymath, everything from an actor to musican, programmer and soundtrack creator”.

He played the Eno-like character Jack Fairy in Velvet Goldmine and his last album Yours, etc, abc  was a guitar-based collection (guest musicians included members of Madness, The Blockheads and longtime collaborator Terry Edwards)  full of astute, clever songs. ‘Light music which hides a darker side to it. Obsessive and compulsive Art-Pop’, I called it here.

Despite being guitar/bass/drums it had an electronica sheen to it. Which is not surprising as previously Micko recorded albums under the name The Bowling Green as well as his own name, that were “sample-based dance floor music” mixing  electronica / drum and bass / soundtrack / ambient  but always “drawing on the retro nostalgia of the past in order to subvert and re-invent it.”

‘Remixes’ takes tracks from all of his albums from Fabrications, Wax & Wayne, One Pound Note and Yours,etc abc and with the help of  remix-masters Mike Paradinas, Luke Vibert, Si Begg, T Power and Ian O’Brien  gives them thorough, considered reworkings.

The results are varied and make for a bit of an uneven listen in one continuous sitting but individually are cool and frenetic pieces of always-interesting soundscaping.  There’s some jumpy drum and bass , a bit of old-skool acid house,  a grandfather clock meets tablas rhythm here and a lush, verdant bit of ambient there, but the tracks I personally prefer are the wobbly Art of Noise play Augustus Pablo (Light From A Different Sun (Marc Royal T-Power mix, below) and the dub-glitch Kraftwerk with the odd space-alien squeak of ‘ the Green Militia (Royal Synth mix by the Red Falcon Projects).

The Luke Vibert remix of ‘Strange’ is a psychedelic piece of mixology and electronica which takes you to place you’ve probably never been before.  There is a slightly disconcerting ambiance and the movie soundtrack it would be most suited to is the not-yet-mooted remake of ‘O Lucky Man’ which exists only in my imagination. (Micko could play Mick Travis.)

Micko’s own remix of the song ‘Darkness’ is a highlight I’d say, but possibly only because it reminds me of Luke Haines wonderfully bizarre Soundtrack to Christie Malry’s Own Double Entry .

As well as cinematic drum and bass from another planet, the ”Yours abc’ tracks remixed here take the Indie-band format  and turbo-clean the sound, add snappy drum-machine and treat the guitar so that it sounds synthetic.  Antiseptic pop from another kitchen.

The strength of this album, and it’s main weakness is that no two tracks sound alike and it is more like a portfolio of ‘this is what I can do’ willful eclecticism. Which will appeal to the more adventurous listener perhaps.

Micko seems an interesting character and reading through this portrait of the artist piece,  as a fan of Devoto, Serge Gainsbourg, Eno and Television,  I’m sure that he has even greater, more unpredictable,  things in the pipeline. For now though, this is a good remixed retrospective of the story so far…