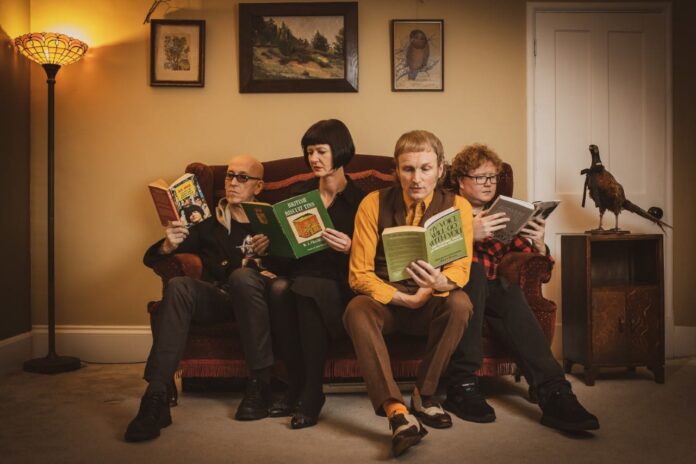 Micko Westmoreland, one of the most written about artists at Louder Than War is interviewed by Nigel Carr. His latest project Micko & The Mellotronics sees him pull together a group of talented musicians to create one of the best albums of 2020. Delving back through ’60s psyche, art & alt rock, ½ Dove ½ Pigeon is a veritable cornucopia of melodies and psychedelic beats, intertwined with Micko’s unique vocals. In this fascinating interview we start with his art school roots, through the inevitable discussion about his role in the film Velvet Goldmine, in which he played glam protagonist Jack Fairey, through his electronic phase as The Bowling Green, before talking about the new album, which features guest appearances from Neil Innes and Terry Edwards amongst others.

“Meet the Glam Rock/Post Punk Alan Bennett and his Gothic sideman! ½ dove – ½ pigeon is a beautiful, intoxicating anomaly in 2020 – it’s like discovering an amazing old ‘lost classic’ album by a forgotten, cult band from 1969, 1979 or 1993 and thinking, they don’t make records like that any more … only they do! (Ged Babey)”

Words by Nigel Carr, Photo Ashley Jones. More writing by Nigel on Louder Than War can be found in his Author’s archive. You can find Nigel on Twitter and Facebook Listen to Nigel’s show on Radio Alty – Wednesdays 9-11 pm!