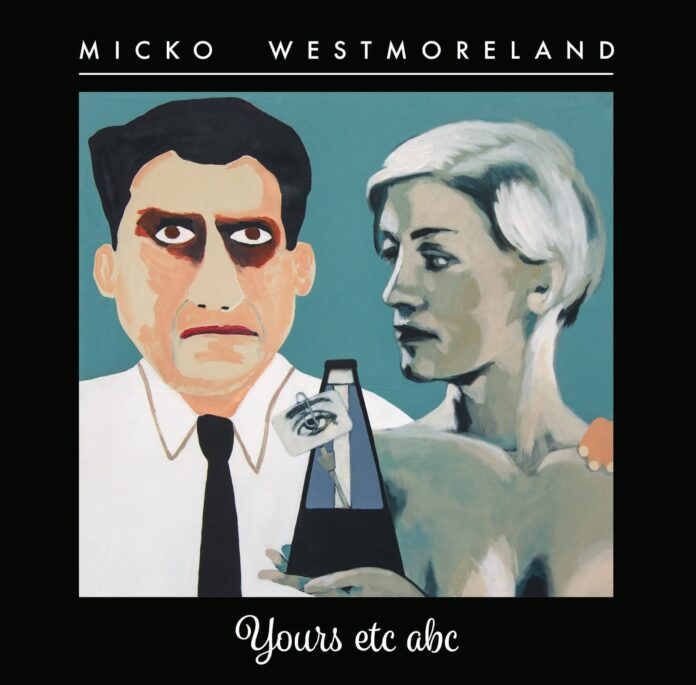 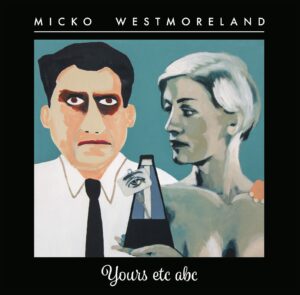 Thoroughly Modern Mod guitar stylings with great lyrics to rival the young Morrissey or Luke Haines?  Ged Babey thinks so as he emails Micko to ask for a lyric sheet

Micko is an actor and producer of movie soundtracks as well as a pop-art pop-star in-waiting. You might remember him from such films as Velvet Goldmine – which somehow I’ve never seen. He played a character called Jack Fairy, a kinda Bowie figure.

Two reasons why I chose this album for an attempt at a review; one of the musicians on it is the near-legendary, under-recognized genius that is Terry Edwards  (the others are Bedders from Madness and Mickey Gallagher from the Blockheads) and 2/.  there is a cover version of the wonderful Brian Jones tribute song (by Psychic TV)  Godstar ( Godstar uh-uh uh-uh-ahh)

Micko previously traded under the name of the Bowling Green and made “drill’n’bass” dance music apparently.  He seems to have turned to Mod-ish literate guitar music in a Ray Davies. Glen Tilbrook, Luke Haines kinda style.  There are still touches of electronica and his voice is unusual  clipped, conversational rather than him being a soul-man or shouter.

Westmoreland says of the record, “Musically the album took flight with a 60’s guitar ensemble, my quartet consisted of a Fender, Gretsch, Rickenbacker and an old Gibson acoustic . They complement each other superbly neither over shadowing the other, blending really well with my production sound.  Lyrically, I started to write about different personalities I’d come across down the line, situations that didn’t seem to add up. I used those observations, experiences and how I felt to meditate on the idea for the songs I wished to write”.

The combination of gorgeous, lush electric guitar, trumpet, a solid but versatile rhythm section and mainly clever, funny, strange, literate lyricism make this an unassuming and deftly brilliant modern Mod album.   Its a grower and does take a couple listens to get accustomed to Micko’s  sound world.   Its a place where the mid Sixties continued until 1988 and manners, sharp clothes and etiquette remained important. With tunes to match.

The lyrics portray a variety of characters, some of whom may or not be the man himself.  In ‘Casting Couch’ the character ‘wants to live in colour in those magazines’ and the subject of ‘The Facts Of Life’ is eyeing up boys on the train whilst leafing through Playgirl.  Gender is blurred and so is fact and fantasy, reality, memory and imagination.  These lyrics, to use a phrase from the Vampire Song, are ‘a fiendish kinda poetry’.

Musically its a bit Smiths, a touch Auteurs, even a bit of early New Order amongst loads of classic Sixties influences with a dream-pop sheen and in the words of a song again, there is A Place for Everything, Everything in its Place.

Cliche (Paints A Lie) is a wonderful piece of Pop-Art Pop about art, media, politics and alienation. (I think) “A poverty of expression… They show us less than we realise…”.  Schmescos is a portrait of a shop-lifter as existential thrill-seeker.  What Did You Bring To the Party? again is perfectly-realised pop but with hints of some kind of mental-health-issues lurking below the surface.

What on first listen seems a very ordinary, easy-listen the more you hear, the more complex and unusual it becomes.  There is a superb bit of disorientating Terry Edwards trumpet -in Dub, at the end of Godstar for example.  This is an album for lovers of light music which hides a darker side to it.  Poetry in motion with perfect tunes. Obsessive and compulsive Art-Pop.

There will be a Pop Art exhibition featuring work by many great artists including: Dominic Allan, Sarah Doyle, Geraldine Swayne and Team Beswick & Pye. Come along and have a drink, see some art and hear the album and meet Micko Westmoreland. For a personal invite to The Yours Etc Abc launch party in September please e-mail through the Landline Records contact page.