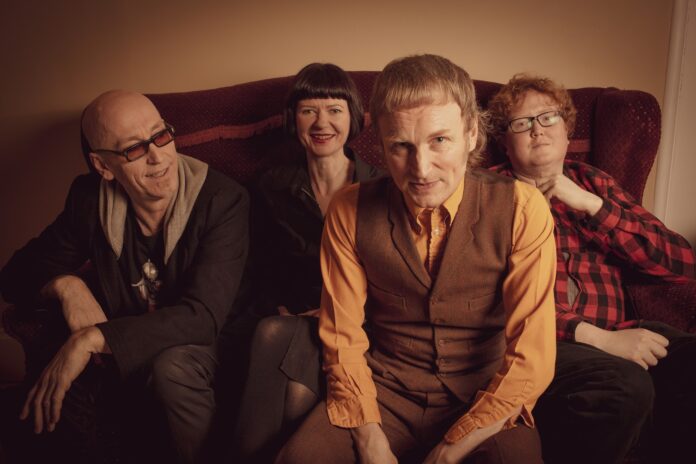 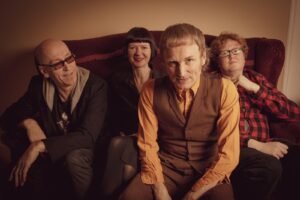 Micko & The Mellotronics  – The Fear

Louder Than War does seem to like Micko & The Mellotronics – google our name and his and check out the results! Eight pieces over five years covering his solo material and the brilliant band he has assembled.  He’s just an interesting outsider artist, out of time and out of place in 2020 and we await the Mellotronics debut album with bated breath…

…and here is his latest single, track or song… A swirling carnival ride of luminous visions, ghoulish brass sections and a foreboding eeriness; this is a song to heighten the senses.

“Feel the fear and go with it, feel the fear and flow with it; live each day as if it were your last…” So sings Micko Westmoreland on ‘The Fear’, a spooky and psychologically probing new cut from the London based art-punk collective.

Though initially penned some three years ago, ‘The Fear’ rumbles with incantations of imminent apocalypse and quakes with a tangible feeling of paranoia. The track finds Micko ruminating on phobia and philosophical ideas of freewill, while offering wise words for what may seem like the end of the world.’

‘I was looking to both affirm the positive and compound the idea that unknowns are negative.’ says Micko. ‘I have an author friend in the states called Georg Eifert, who’s an eminent psychologist. He wrote a book called ‘anxiety happens’, which I was reading at the time. So a lot of those theories and ideas came into play and influenced the writing.’

Like that abandoned fairground in a teen horror movie, ‘The Fear’ poses an irresistible melee of wonky rhythms, mechanical guitar stutters and off-kilter horns that will both set you on edge and compulsively draw you in.

“I wanted the song to have a perilous feel” says Micko, “to try and capture a superstitious dread but to temper that with the defiant optimism of the message.”

Currently putting the finishing touches to their long awaited debut album, the band further tease the release with the latest cut from it: ‘The Fear’. Packed with Jarvis-esque lyrical quips, pitch-black humour and a gleeful sense of experimentation, ‘The Fear’ is another dangerously enjoyable insight into what to expect.

There are a few other songs called (The) Fear…

But, as critic and writer Stephen Dalton says

“’Of all the songs called The Fear, this is easily in the Top 5! It’s catchy, bouncy, Brit popish, self-aware and ever so slightly sinister. But also haunted by more interesting echoes from a wider range of sources: ska and music hall, Brecht and Weill, brass bands and the Bonzo Dog Doo-Dah Band!”