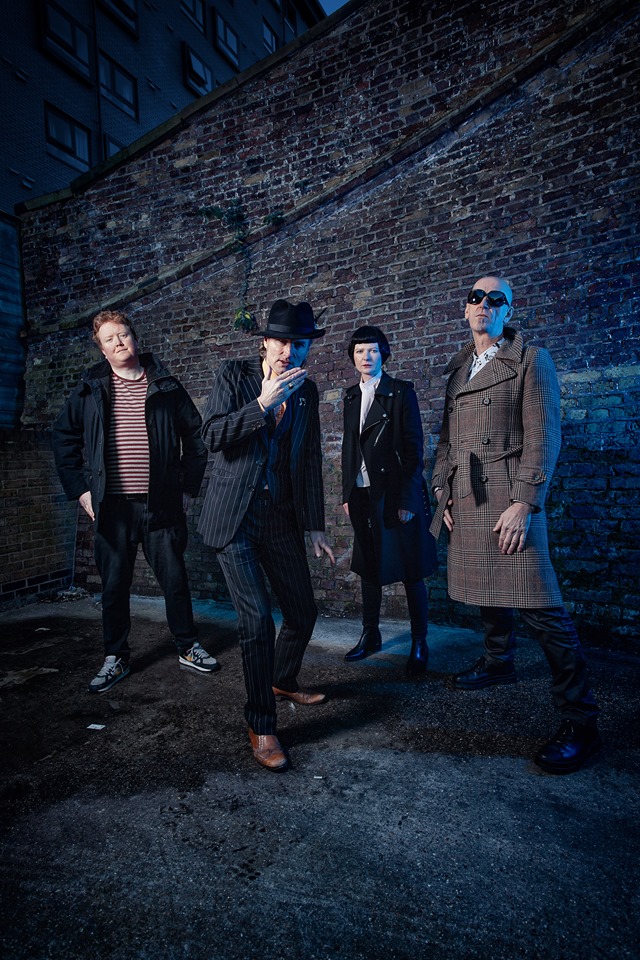 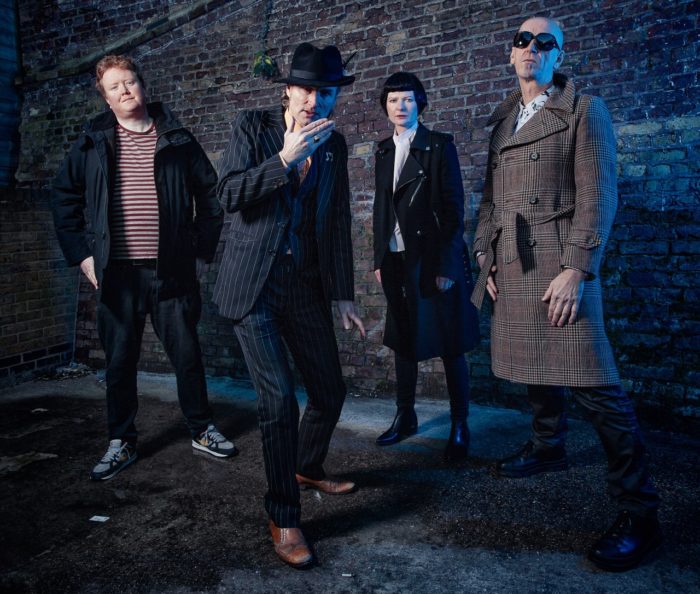 Micko & the Mellotronics: The Finger – Debut Single and video premiere.

To all intents and purposes Micko & The Mellotronics are a brand spanking new band  – but of course they have previous and quite a pedigree (chum).

Front-man and songwriter Micko Westmoreland was in the fictionalised glam rock movie ‘Velvet Goldmine’ alongside Ewan MacGregor and Jonathan Rhys-Meyers and was a solo artiste with ambient dance and guitar art-pop albums to his name.  His last video featured comedy genius Kevin Eldon who is also in charity-fundraising covers group the Spammed with Micko, Rat Scabies, Neil Innes and Horace Panter.

The Mellotronics have had a long gestation but are now ready to create a metaphorical storm in art-pop’s tea-cup like spiritual forebears XTC and Pulp.

Guitarist extraordinaire Jon Klein was in The Specimen, a co-founder of the Bat-Cave and  guitarist in the later line-up of Siouxsie & The Banshees. More recently he has been producing Mediterranean dance acts.

(On the recording the bass is played by none other than Sir Horace Panter of the Specials). The new, full time bassplayer for gigs and in the video is Vicky Carroll. Her past is a closely guarded secret…  Baby of the group is drummer,  token whippersnapper Nick Mackay.

It is inspired by a man Micko saw regularly on the way back to his North London home, invariably sat in a local pub reading the Daily Mail.  “The seething disdain and unwillingness to accept changes in culture, was indelibly etched on his face” recalls Micko.

Musically it has familiarity (Lust for Life/Can’t Hurry Love), lyrically – contempt, with the observational songwriting skill of a modern Ray Davies, framed against some jagged and storming guitar.

Micko has something of a spiv-Mod or  ‘Ron Nasty meets George Formby’ shtick going on. He is a charming gent offstage and has a dozen offbeat songs which he has been perfecting with the band.

Jon Klein, in black combat fatigues looks like a commando Bond villain-type evil-genius, hiding in plain sight as a guitar-hero, a manic counterpoint to the steely calm of the bass-player.

Nick Mackay seems relatively normal until that close-up when you see his eyes – like saucers from the tea-shop of Hell itself!

Enough silliness. Play the song again ….  let’s hope the mild swear doesn’t preclude it from being a hit on the radio and remember, it’s rude to point… the finger.

Micko & The Mellotronics release ‘The Finger’ on September 27th 2019 and there’s an album to follow early in the new year.