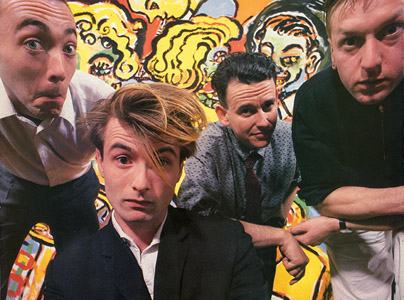 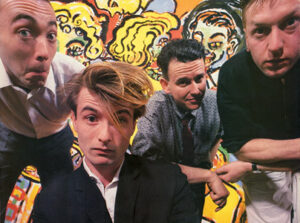 We are sorry to hear of the death of Mick Lynch – the charismatic former frontman of quirky indie band beloved of John Peel, Stump.

The band rose to underground prominence with their Ron Johnson released Quirk Out release which was a welcome arrival in a certain sector of the fervent UK underground of the time. That release was full of colliding riffs and a deep, weird groove that was coalesced by Mick’s onstage charisma and natural charm.

Not only armed with a great voice but also a genuine prescence and convivial nature, Mick was the focal point of the band after moving from his native Cork to London and was there to the end of the band surviving the ups and downs of being in a highly original group when eventually trapped in the major label machine when they released their debut album.

He will be remembered for his musical passion, quirky Cork worldview, stage presence that oozed his natural warmth and his inquisitive and inteligent nature that saw him deliver songs that made the weird wonderful and the surreal into wonk pop and also that wonderful asymmetric Tin Tin haircut.