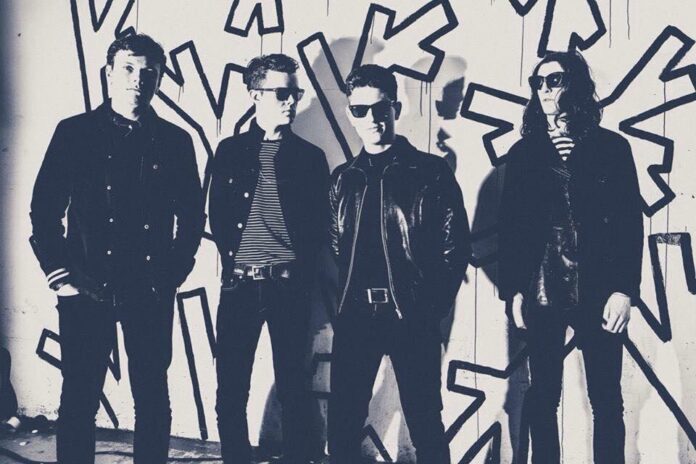 Louder Than War wrote about them first and now Sugarmen are to release their highly anticipated debut single ‘Dirt’ which was produced by Mick Jones of The Clash in Paul Weller’s studio.

There aren’t many bands that can boast such high profile support, but Sugarmen stand out from the crowd with their high energy punk pop. ‘Dirt’ is ridiculously catchy, an assault to the senses for just over two glorious minutes, perfectly crystallising Mick Jones’ signature production style and showcasing the band’s sound.

With upcoming summer support slots for Blur, The Who and Paul Weller, it’s clear that Sugarmen will be one of 2015’s most exciting and talked about breakthrough acts.

Sugarmen are a powerful combination of infectious melodies and angst delivered with a sonic buzz saw. Already confirmed as support to Sleaford Mods, Paul Weller, Blur and The Who, as well as making their debut at this years Dot To Dot Festival, they continue to expand their ever increasing fanbase and are fast becoming a band whose live set is known for its high octane delivery, drenched in energy and riffs.

The band was formed in Liverpool by Luke Fenlon and Chay Heney who attracted the attention of Drummer Sam McVann and Bassist, Tom Sheilds. Their love of music is reflected in their record collections. From The Clash to Orange Juice. From Hooton Tennis Club to Peace. From Parquet Courts to Alvvays. From The Velvet Underground to Wild Beasts. A good band always has a good record collection.

Mick Jones (The Clash / BAD) liked the demos so much he produced ten tracks for the band and Paul Weller donated his studio.

Sugarmen’s debut single ‘Dirt’ will be released 13th April on Poor Old Soul Records and is produced by Mick Jones.