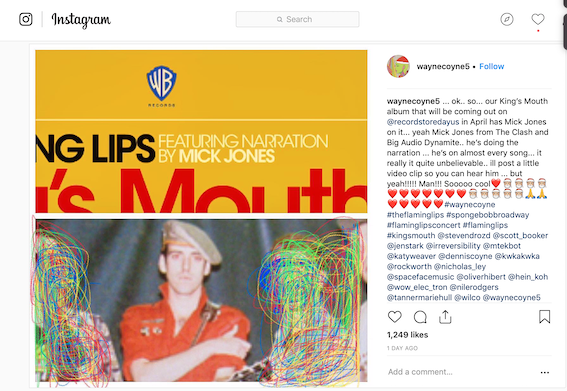 How cool is this!

Flaming Lips have announced, on their instagram a new album – King’s Mouth, due for release in April on Record Store Day and the album will feature narration from Mick Jones of the Clash “on almost every song.” Coyne went on, “It really is quite unbelievable.”

While details are scarce on King’s Mouth, the album shares a name with Coyne’s art installation from 2015. That installation featured unreleased music, written exclusively for the installation by Coyne.