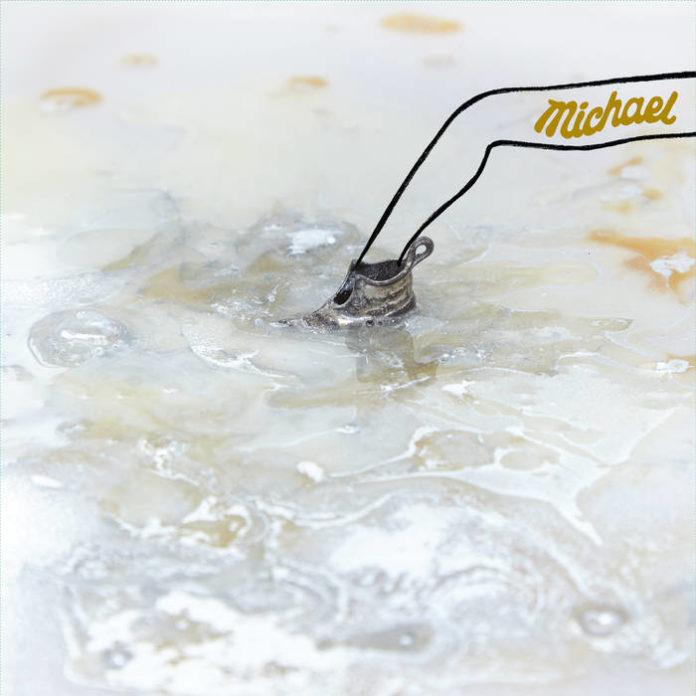 Now if you’re gonna be new label mates with Evil Blizzard you need to crank up that bass and fuck shit up. Michael certainly do this with a crunching debut album that hits hard with doom laden metal. Wayne AF Carey cranks it up to 11….

Louder Than War favourites Evil Blizz are no strangers to Michael, having invited them on support slots earlier in London touring The Worst Show On Earth. They like them that much they have decided to release their debut on Cracked Ankles. If you like Pigs x 7 then you know where I’m heading.

They open with Mario slowly building from a mental distorted bass riff into a tribal drumbeat layered with background feedback and the obligatory metal vocal, all describing an encounter with a degenerate pervert who confesses to his sins to our narrator. A bone crunching psych metal starter.

Stabbas Remorse kicks in with hammering drums, lyrics leaning on Cold War murders and death without trial, a fuckin’ ace guitar riff. Proper metal turbo charged rush. Success is a classic thrash metal affair, clocking in over 5 minutes of mental chanting about boy racers. The lyrics are bordering on something Mark E Smith rambled on about at his most cryptic. The pace carries right through at a relentless speed that batters the senses!

Sole Trader is another riff chugging slow burner, their ‘aspirational anthem’ about a lowly entrepeneur trying to make it big in a small town. It sounds huge as fuck and launches into a massive wall of hard rock sound. Proper stoner rock / doom metal at it’s best. Machine Stops is another moody bastard that hits hard. Like Sabbath meets Pigs x 7 with a large pair of bulls bollocks dangling off the fret boards. We are asked to question our own identities on this mother. Huge sounding and drenched in a wall of skilled distortion.

The Road is the bastard sister / brother of Tell Me by The Blizz. A metal speed punk belter to help you along with that morning road rage. Straight up rocker that never lets down with a climactic abrupt stop.

Tunisia Through The Eye Of A Camel is a dark little stoned bastard of a tune with witty lyrics. Picture the typical Brit abroad, lying on a beach. “Pampered pilgrims, straining beach towels on, clutching big drink, frosted holding on” Said camel has this tune blasting through their earphones taking note of the scene. Proper doom metal blasts of huge riffs building into a top solo that sears the ear hairs off. Mental.

Closing track Leaf Blower Tragedy kicks in with tribal drums, a whole lot of noise and an observation of a hi-vis wearing man defeating the object with his shit contraption at Palm Springs golf course. A loud motherfucker of metal mayhem ending with the fuckin’ hilarious line “Give this man a fucking rake”

Listen to this album a few times and you’l be hooked. They are loud as fuck, funny, and blast you away with their raucous blend of psych punk metal. An early album of the year by my standards and a great start for this pummeling five piece from London.