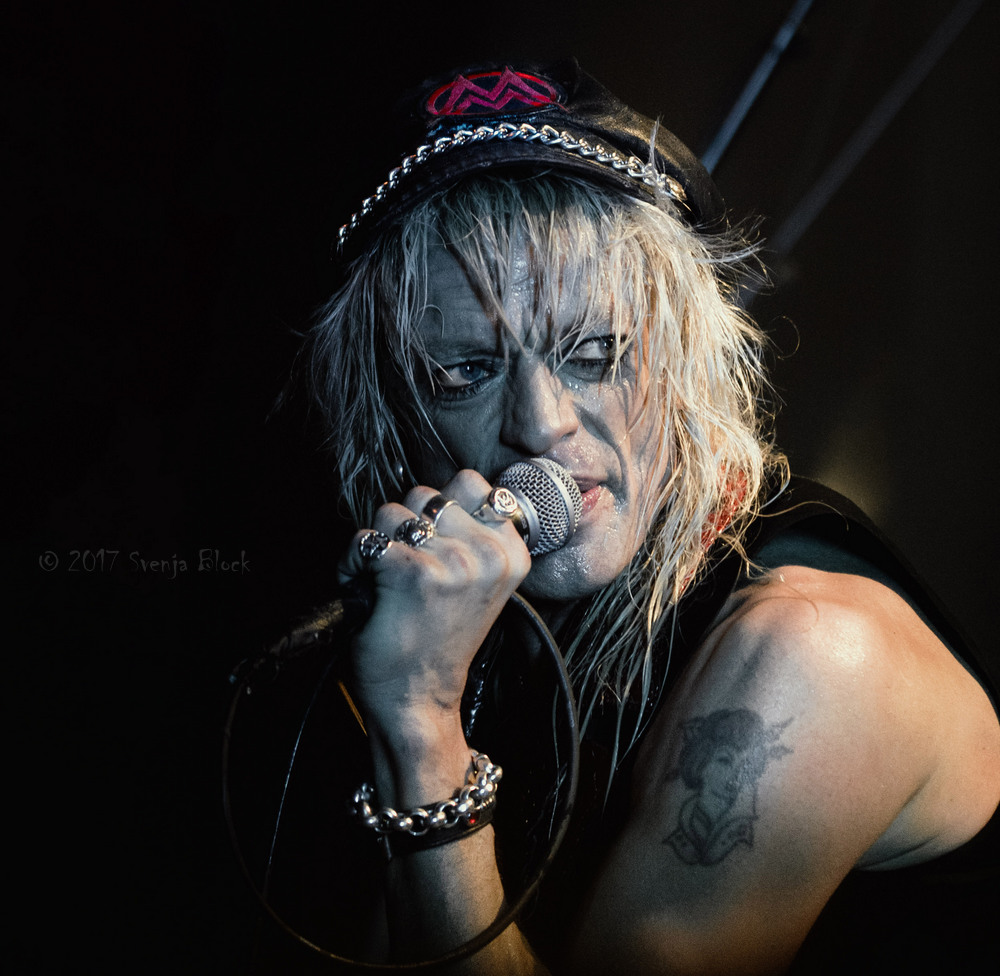 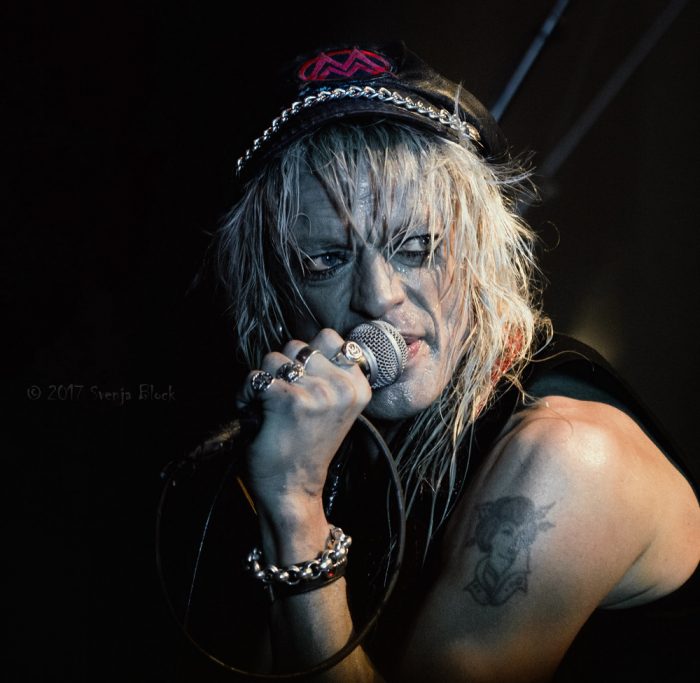 It’s Friday night, 1st of December and London is experiencing its first very cold spell, yet I’m not feeling cold, but warm inside as I´m full of anticipation for the gig I am heading to.

I have witnessed dozens of live performances by Michael Monroe and his band before, so far they have always delivered a lot more than the face value of a concert ticket, and therefore my belief in them is solid. I know what I’m in for and there’s no doubt it’s gonna be a treat.

The Role Models have been chosen as direct support for three dates of the UK leg of this MM tour, I’ve been digging their album, Dance Moves a lot, and seen them perform live once or twice before.

Unfortunately, I arrive at the venue only to witness the last few songs of the Role Models´ set. They are good as ever, loud and cheerful – just the right kind of an outfit to warm up the audience for the mighty MM. If any such thing is needed, obviously.

Oh, did I mention I am a Finn? Thought, I’d let you know, because for us Finns Michael Monroe is almost a national hero. Whenever he performs in London, it almost feels like an unofficial meeting of London´s Finnish society. I hear Finnish spoken around me and see many familiar faces I expected to see, which gives me that bit of an extra thrill.

The show kicks off like a scene from a western movie with the band taking to the stage, walking up from behind the smoke in the dark, with western music playing before everything is suddenly bathed in colour and light. From the first chords of “Nothing´s Alright” I know everything is more than alright, its fine and dandy in actual fact. 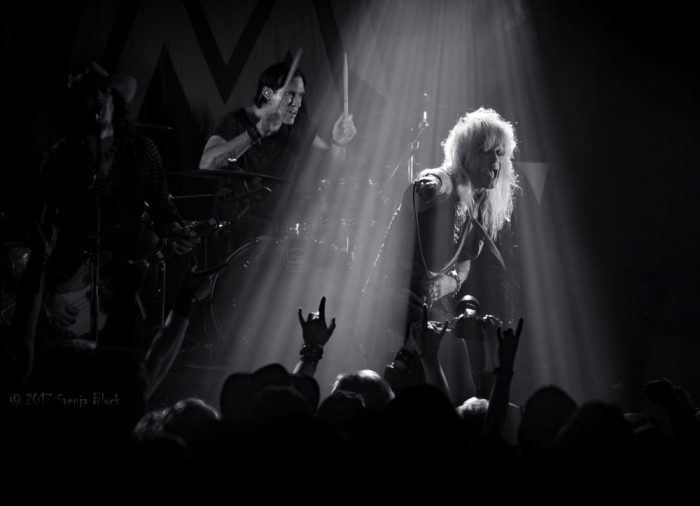 I already mentioned that I went to see MM many times (back in 2010 when he and his current band had just started) and this takes me back to those happy and cherished days; it’s when I thought real rock’ n roll was born again because I felt it had been hibernating somewhere since the death of Hanoi Rocks, but then suddenly burst into full bloom again, getting ready to explode all over the place!

The line-up of this band has changed twice since then, Ginger Wildheart, the original rhythm guitarist, was first being replaced by Dregen from Backyard Babies and later by Rich Jones from Loyalties and Amen, but since these guys are all friends it doesn’t appear to have interfered with the band’s chemistry and amazing live energy.

We thunder through “Got Blood”, “78”, “This Ain´t No Love Song” ,“Old Kings Road” and “Ballad Of The Lower East Side” – they are all my favourites from MM’s albums, as is the classic “Going Down With The Ship”. The devoted audience knows the lyrics and are singing along, this is not just a gem of a song but an anthem!

Fellow Hanoi rocker, bassist Sami Yaffa looks well too and I see he is letting his hair grow again. As a matter of fact, the whole band is looking dangerously good. They must have discovered the fountain of youth, my guess would be that it’s gotta be rock´n´roll  – these guys have a life long love affair with music and their chosen craft.

Even though Monroe is literally sweating buckets by now, I can see a roadie bringing back his pvc jacket, which he wraps over his shoulders while he addresses the crowd about the original Hanoi Rocks drummer Razzle’s upcoming Birthday. He is visibly moved by his own announcement. Razzle was killed in a car crash in 1984 at only 24 in Los Angeles, he was a passenger in a sports car driven by Motley Crue singer Vince Neil.

The Hanoi Rocks classic “Don´t Ever Leave Me” is unsurprisingly dedicated to Razzle; there’s a sea of mobile phones capturing this moment, one of them admittedly mine.

I was only 12 when Razzle died, but I still remember that day. Girls crying at the sch 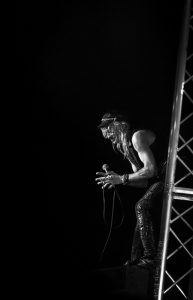 ool gym reading the newspaper, thoughts wandering to Redondo Beach, tens of thousands of miles away where the accident took place.  The pain was almost physical, and sadly it soon cost us the loss of our favourite band, that couldn´t go on after their loss of a brother.

More Hanoi Rocks numbers follow, we hear “High School” and “I Can´t Get It”. To be honest, these were not on my favourite list back then. The boys leave the stage after “Malibu Beach”, “Up Around The Bend” and “Dead Jail Or Rock´n`roll”, to return for a glorious encore.

“Underwater World” from the Hanoi Rocks album“Two Steps From The Move” with its ripping guitars fills my head and my whole body. This is my most enjoyable moment yet, during an altogether very enjoyable gig. “Welcome to the ocean, welcome to the sea, welcome to the jungle deep inside of me…” This song is a piece of my youth, a precious calling from the past and boy do I cherish it.

We get treated to two more songs, “Tragedy” from Hanoi Rocks and “I Wanna Be Loved”, the Johnny Thunders cover, that has been included in MM’s essential setlist from the very beginning.

Did I just imagine this, or did they give us an extra long show? Now I feel like I have consumed a huge bag of candy and I’m about to burst.

To me, Christmas came already.  I wander away from the front of the stage to share feelings of the gig with somedear friends. Thank you Michael Monroe & band, rock´n roll is indeed still alive and kicking 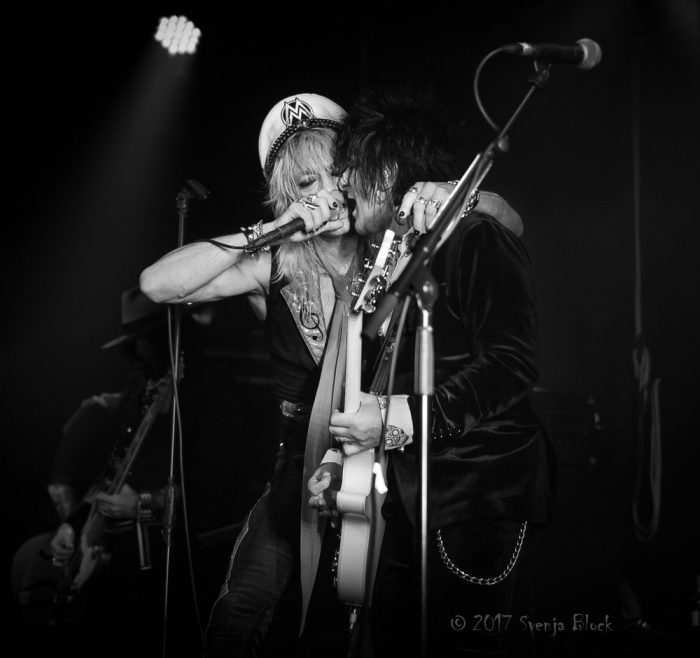 Michael Monroe – Best Of is out now on Spinefarm Records.

More info on Michael Monroe can be found on his official website: www.michaelmonroe.com

You can find more of Kristiina’s reviews at her author’s archive.