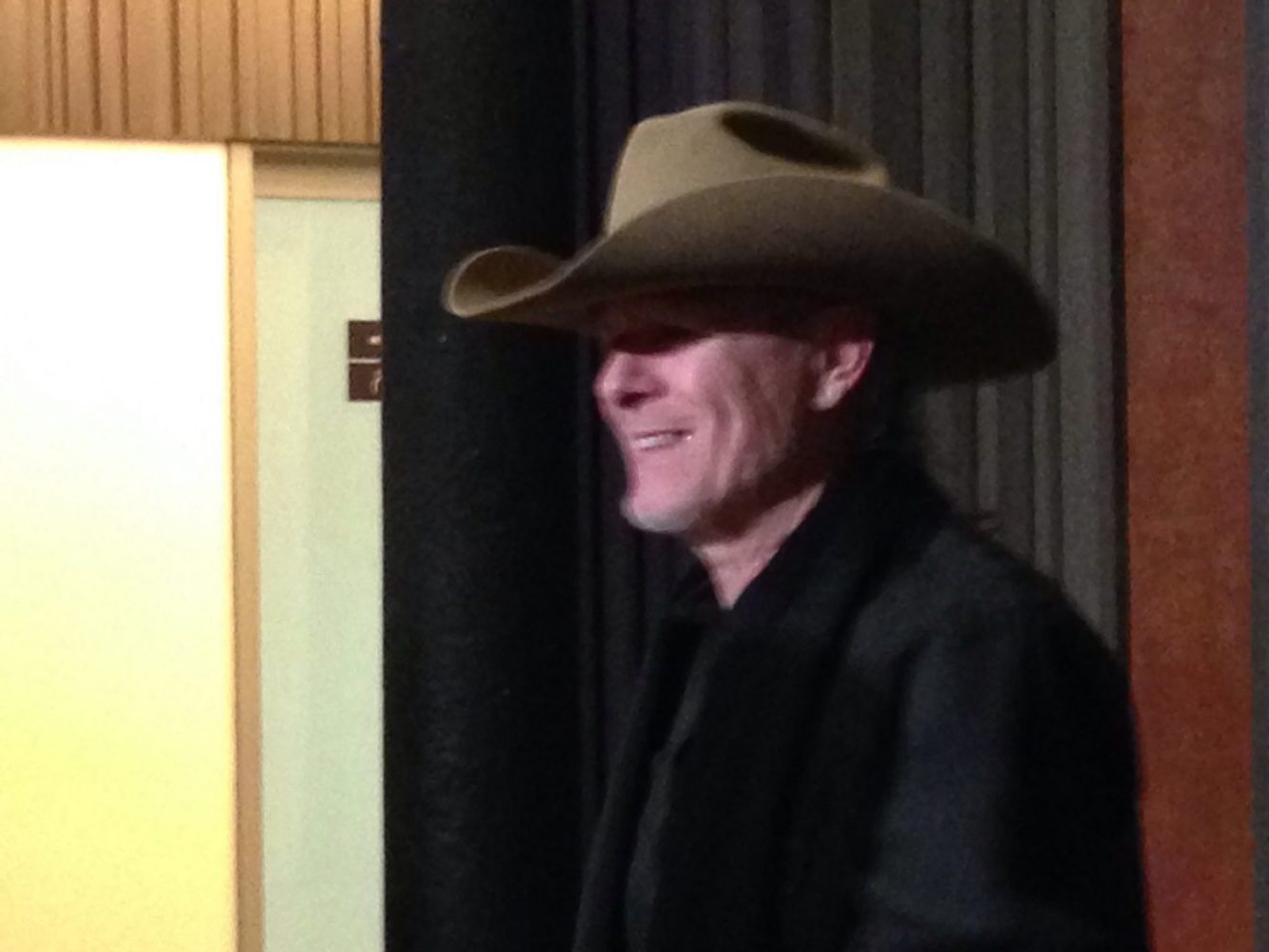 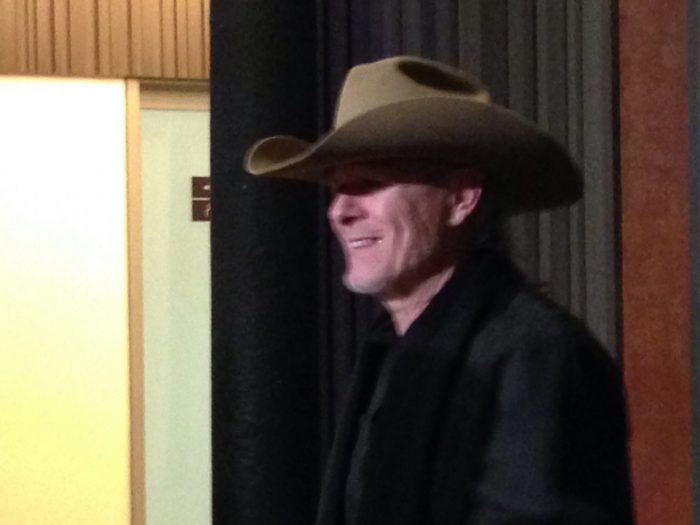 A slight woman all hair hoodie and patent red shoes walks onto the small, minimally lit, stage. She carries a cello case which she proceeds to open up and disgorge, sits down with her instrument and tests the monitors in front of the smallish audience.

With a minimum of fuss she starts to play. Fairly (it’s comparative) subtly at first, imagine banshees wailing, seeking audience over a cacophony of several orchestras tuning simultaneously. She warms to it, caressing her weapon, extricating noises that were never intended from this source but that have been found, teased and sensually excavated from it.

There is no announcement, nothing but a silent woman and her cello. Proceedings have commenced. The onslaught intensifies and lulls; waves crashing, bombs falling on buildings that had already seen prouder days, gales uprooting forests and occasionally horns or kodo drums. It’s all in here somewhere, some kind of warped solo jazz/jizz initially seeming random but with visible rhythm and control that demands that it is anything but. Then after twenty or so minutes, it’s over, she leaves the stage to applause from the seated audience that is in parts ecstatic and in others confused. That was Okkyung Lee. She alone was worth the admission fee.

For anyone who hasn’t been the Boiler Shop is situated behind Newcastle train station, it is part of the city’s industrial legacy. It’s former engineering factory space, refurbished in a brutalist grey tone. In its short recent history has entertained Einsturzende Neubauten, Sparks and Jah Wobble with frequent more commercial enterprises to join the dots and presumably pay the bills.

Michael Gira. Swans. Reams written, hushed tones spoken. He’s here for pretty much a one-off gig (outside London), playing solo, he wanders onto stage, a man in black, lineage observed with his guitar and ponytail and minimal ado (no trademark hat, although that goes on after the show for his meet the punters bit at the poster/album/book stall). He thanks Okkyung Lee , saying that she had toured previously with Swans, saying that he didn’t know many people who “strangled” (I’d respectfully suggest hung , drawn and quartered) their instrument of choice quite like her.

I’d never really heard Gira shorn of the volume (although it was far from quiet) that his Swans incarnations have provided to sustain his baritone rumbles, in a sense you wonder why they have been there, why there isn’t more of this. I’ve seen Swans a few times, early on, stripped naked savage, then later, huge, controlling, deafening, never naked like this.

“amnesia” from “Love of Life” starts us, “ everything that’s human is necessarily wrong ”, repeated, the wildly mixed audience appreciate these dark treasures. Next up , “Michael’s White Hand” with a humorous introduction involving it’s creation involving Michael Jackson and Saddam Hussain during the Gulf War, can’t be more explicit for legal reasons. Gira seems to be a man of few words outside his songs yet beneath the darkness lies a sly mischief and almost (careful!) joy. “Jim” follows, “Heaven will come, we will win” , then a new song “provisionally called Secret Sharer (or shower?)” a spiraling semi freeform beast worthy of Blake’s red dragon but maybe in need of further distillation over the time before the promised next incarnation of Swans. “Oxygen” suffocates, drowns you and releases you before delivering a final blow”I refuse to even try”. “When will I return” is every bit as unpalatable solo without his wife’s vocals. “You must Pay” leaves you with no doubt from either side of the argument within that there is a price to be extracted. He announces two more to go. “Annaline” more ballad than much before, Romantic poetic, almost. “Hanging Man”, which will appear on a new Swans album next year, dark and brooding. “God damn the Sun” carries us into the night and is met with rapturous applause and a standing ovation. Gira will meet and greet by the concessions stand in ten minutes.

Great performances, excellent venue. Come back soon. Wish I were in Camden for the Koko. 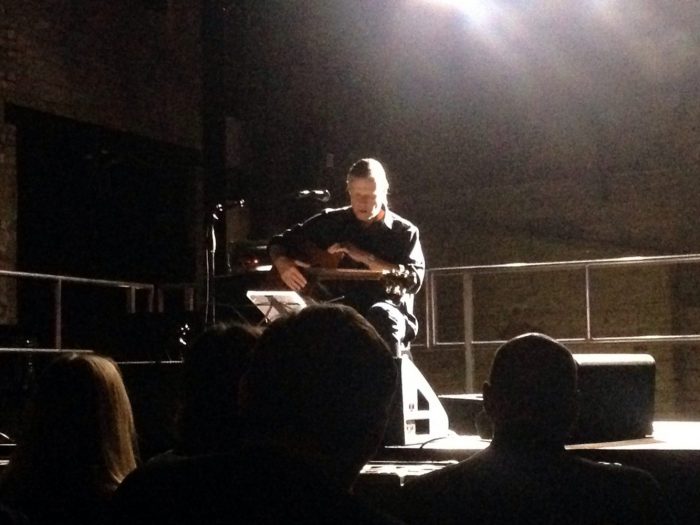 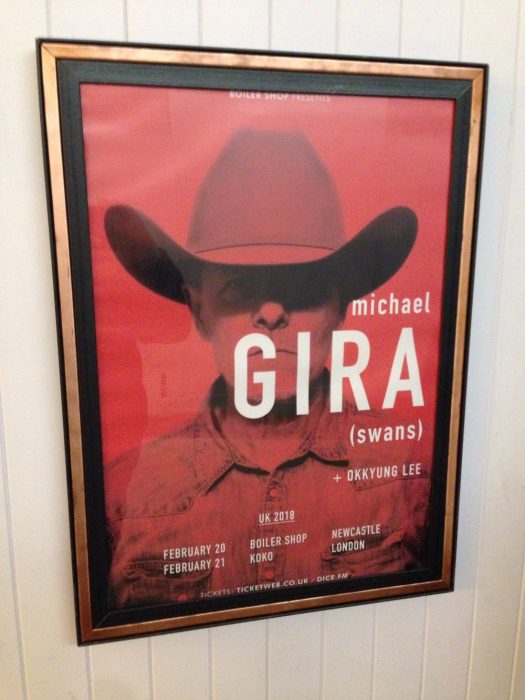