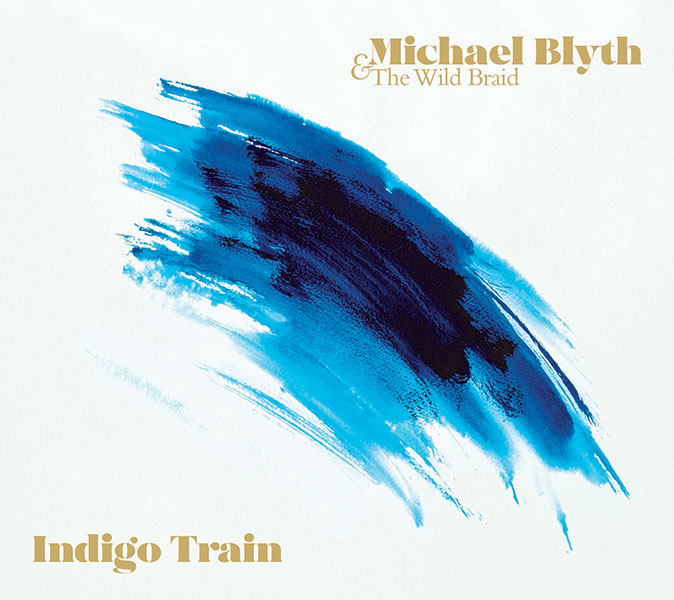 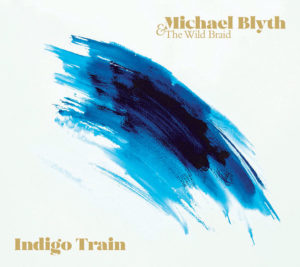 Michael Blyth and ex-Cast member Peter Wilkinson’s band Aviator have helped to co-write and record a collaboration of stunning original compositions entitled Indigo Train, available via Aviator music. Matt Mead interviews Michael and Peter for Louder Than War to talk about the collaboration.

Michael: A song on the radio sung by Frankie Laine called Cool Water by Bob Noland of the Sons of the Pioneers. I was about two.

Michael : Claire de Lune by Claude Debussy. Around the same age I was looking out of the window at this heart-breaking sunset and when the music came on the radio I burst into tears because I wanted to go home to the sun.

Have you always been writing music?

Michael: I started out writing poetry when I was about 7 and continued through my teens. I still write poetry, long form and also the Haiku form of 5.7.5 syllables. I think of haikus as zen telegrams! But I started writing songs in my early 20’s. I wrote my first song for one of my sons, tripping on an Amanita Muscaria mushroom. That opened the door, I didn’t need the mushrooms to write music after that!

Do you play any instruments on the album?

Michael: Yes, I play the flute. There’s a wee flute solo on the album actually, it’s on When The Mist Comes Down, my sort of Celtic folk song.

Peter: Once I heard him sing I thought I wonder what he’d sound like recorded. We both agreed on recording the songs he’d already written. My involvement in the first couple was to arrange and put music to his singing. After a couple of tunes we decided to just carry on and do an album.

How did you meet each other, and who you have collaborated with on the album release?

Michael: Pete and I met through friends and he suggested we should write some songs, so we started jamming once a week. I offered some songs I’d already written and we agreed on four of them and then we wrote four more together.

We had different processes. Pete might offer me an opening line and I’d extend it into a whole lyric and vocal melody, bouncing off his chord structure. Or he would give me a chord progression and an idea of the mood he was after and I’d try and meet it with lyrics and vocal melody. When we’d got a rough sketch of the song we’d take it to Marko to work his production magic and play bass and conjure arcane sounds out of the ether.

Peter: I first met Michael through a friend. We got chatting about all sorts. He mentioned he had lyrics and had written some songs. He’s got such a lovely, velvety speaking voice so I was really intrigued as to how it sounded when he sang.

Peter: As I said, Michael already had 3 songs kind of ready, they just needed arranging and music. The rest of the album was written during sessions in my front room. The album then started to take shape soon after the writing sessions. It moved really easily. Mark Neary was then invited to produce and play. In some ways, once Mark was involved it really started to become much more than I imagined. There’s Miles Bould on drums; Mike Moore, Liam Gallagher’s guitarist on some tracks; and a couple of the dudes on there too. The album was recorded in Mark’s home studio.

Are you happy with the overall end product?

Michael: VERY happy with the end product! We’ll be doing some dates – we have The Violeta in Liverpool in November.

Peter: We’ve a gig on the 25th September showcasing songs off the album. We’ve been rehearsing and it promises to be excellent. As for the future, who knows. We’ll see how this does and if we raise some funds to do another. With regards to writing, there’s already some new ideas being bounced back and forth. That’s just always going happen. Gift and a curse. Can’t help ourselves.

You can purchase the album via the Aviator website.