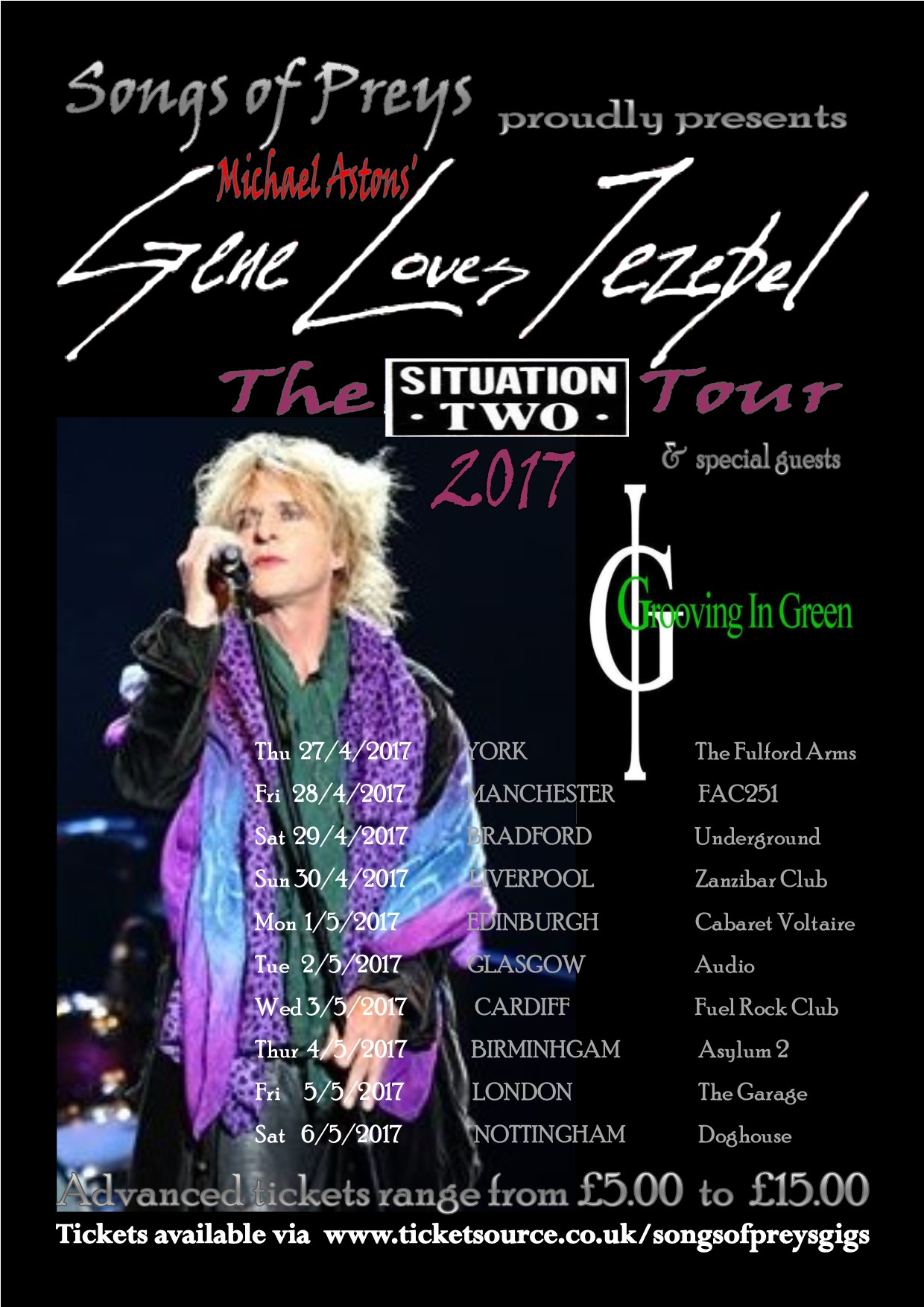 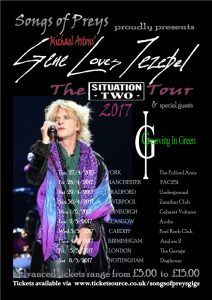 The Situation Two 2017 tour will be Michael Aston’s last under the name Gene Loves Jezebel but, in acknowledgement of the massive influence the band has had on alternative/Goth musical history, this tour visits ‘The Situation Two’ years, featuring classics from the ‘Immigrant’ album like, ‘Always a flame’, ‘Cow’, and ‘The Immigrant’.
Along with Guitarist Gabe Treiyer. bassist Andy Cousin (Ex All About Eve, The Mission) and drummer Si Rippin of Grooving In Green (NFD, Nefilim, Eden House), the tour will call in at a venue near you!  Tickets available on (www.ticketsource.co.uk/songsofpreysgigs) Get yours before someone else does!