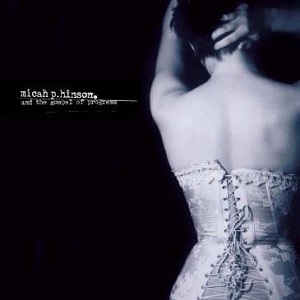 Ten years after its original release Micah P Hinson’s 2004 album is now available on vinyl for the first time after being critically acclaimed on its original release it was voted the fifth best album of the year by Rough Trade. Initially rejected by the label that eventually released the original version, Sketchbook Records were persuaded of the albums merits by John Lapham of The Earlies who went on to produce the collection.

Containing the original thirteen tracks and a bonus of Can’t Change A Thing (which appeared on the single version of The Day Texas Sank To The Bottom Of The Sea), the album goes on a post-journey of a failed relationship. Sometimes selfish, sometimes narcissistic and often heart-breaking Hinson purveys a sense of loss and loneliness throughout.

His voice is never perfect which adds to the stark realism and honesty, and the instrumentation is timed affectionately to his often gravelly Texan tones – switching from lone guitars to chamber strings and horn sections.

The rawness can be no better displayed than on Patience. A clearly emotive song where Hinson’s voice is far from perfect but the looped strap lines pack a metaphorical punch as he screams out profanities over a backing that rises from acoustic calm to anarchic rage in three minutes.

Whilst the album is nothing particularly ground-breaking what it does offer is a man with a great talent in all his glory. You Lost Sight On Me is simplicity personified as an honest recap of his recent years and album opener Close Your Eyes sets the tone for the album as it too moves from a simple tinkling keyboard backing to a rolling boisterous shindig complimented by some sweet female vocals.

Don’t You (Part 1 & 2) again takes the method of musically taking nothing to everything and Beneath The Rose will tear at your heartstrings.