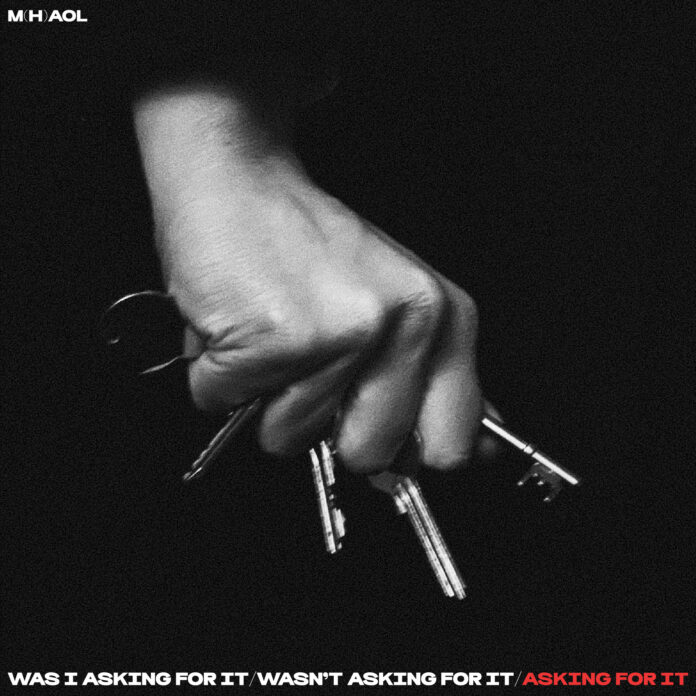 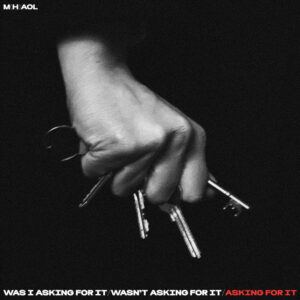 M(h)aol: Asking For It
Out Now

With their new single Asking For It, the Irish feminist post-punk band M(h)aol demand we connect sociopolitical and sonic engagement across continental space. Asking For It is urgent and terrifyingly prescient as it speaks to the violent cultural misogyny inherent in the murder of Sarah Everard in London and the murders of Delaina Ashley Yaun, Xiaojie Tan, Daoyou Feng, Hyun Jung Grant, Suncha Kim, Soon Chung Park, and Yong Ae Yue in Atlanta. Yet at the same time, the song serves as a necessary reminder that gender-based violence is shockingly banal in its pervasiveness. These killings may be the most recent ones, but they are not the only ones.

The term “asking for it” has become commonplace as a transnational, knowing sexist reply to allegations of rape and sexual assault. She was asking for it. That seemingly simple phrase has appeared in courtrooms for years and in the old-boys-club circles in which sexist violence in all its forms functions as a pastime. None of these remarks even begin to contend with the ways in which racism and other forms of prejudice disproportionately affect women of colour and trans women, issues that must enter into the conversation. Yet in under three minutes, M(h)aol’s new work seeks to draw women together, recognising differences in experience and knowledge, to produce power in sonic form. Asking For It calls on womxn across time and space to scream out, along with the band,

Asking For It opens with a pulsing bass and frantic drums to produce a visceral response. It replicates the sensation of being inside a dimly lit and close-quartered club—precisely the kind of place where “asking for it” accusations swirl. At the same time, it transforms the knowable notes of post-punk into politically charged rhythms and sounds that resist the status quo. In tempo, the single speeds up gradually as Róisín cries out, rhetorically, “was I asking for it?” The urgency of M(h)aol’s message threatens to become a violent maelstrom of heightened pace and pitch. This isn’t pop music – it’s power and politics.

Through language, the verses pay homage to some of the fierce women musicians who have come before while demanding the need for new forms. “I’ve heard what they say about girls like me,” Róisín sings, calling to mind Bonnie Hayes’s Girls Like Me, a single that made its way onto new wave dance floors nearly four decades ago with the opening line, “they got a word for girls like me.” Nothing has changed that much, M(h)aol intimates, and it’s time to move away from melodic notes to contend with misogynist brutality in song. We need annihilating, ferocious discord to match.

All proceeds from Asking For It go to support Women’s Aid, a domestic abuse organisation. And if you’re interested in what M(h)aol is doing with Asking For It, spend a few minutes revisiting their earlier lockdown single, Laundries. It’s a song that illumines the sexist policymaking inherent in Ireland’s Magdalene Laundries, institutions that remained operational until the end of the twentieth century.