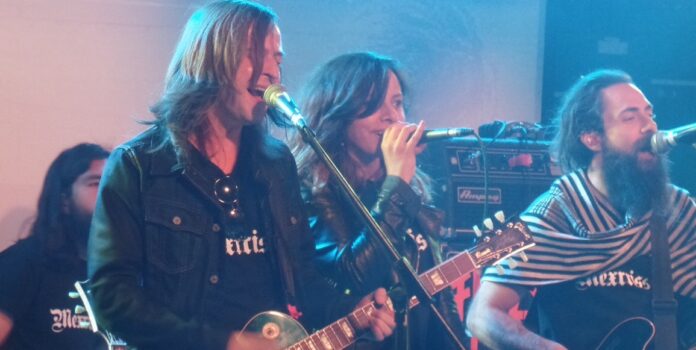 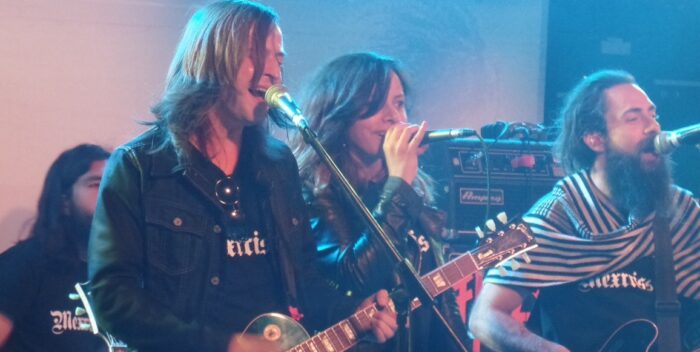 Hispanic on the streets of London – Nathan McIlroy reviews Mexrrisey at the Barbican, London, with photos by Paul Holloway from their Manchester gig.

Mexrrissey are a band of Morrissey enthusiasts from Mexico City who reinterpret Moz’s songs in their own imitable style. They blend traditional folk instruments with obscure samples, rebuilding the foundations of the songs they cover whilst keeping the melodies and structure’s the same. Whereas the songs are familiar to every Smiths anorak and Latino hip shaker in attendance, the style is varied enough to re-imagine Morrissey as a serenading star of a Mexican soap opera instead of Coronation Street.

The set opens with just two musicians from the nine piece ensemble who play a few songs on the vihuela and guitarron. They are folk songs from Veracruz which connect instantly despite the language barrier and set the scene for the evening. It’s a nice touch to open with as it quickly becomes apparent that the music of Morrissey and The Smiths shares the same lineage as these emotional folk songs of yearning and melodrama. 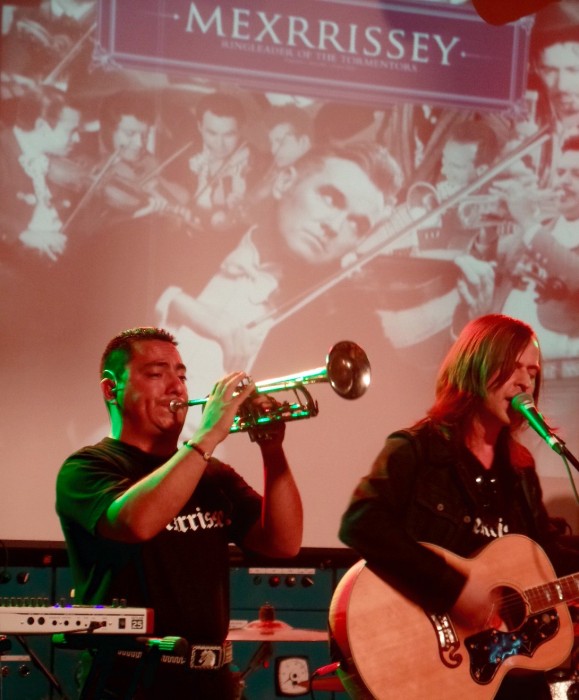 The musicians involved are amongst the best in Mexico and are directed by Camilo Lara, the producer from Mexican Institute of Sound. His DJ background gives him enough confidence to get the seated crowd up and dancing after a few songs, ribbing the audience for their poor understanding of Spanish, with an acerbic wit to rival the main Moz himself.

Everyday Is Like Sunday (Cada dia es Domingo) and How Soon Is Now? (El hijo soy?) are given a mariachi makeover with trumpets replacing synths and guitar lines to great effect and by the time they play Panic(o), the crowd are singing along in the best Spanish they can muster. It’s fascinating to hear songs that were written in rented rooms in Whalley Range (among other exotic places) mamboed through the prism of a Mexican carnival band. A lot has been said about the phenomenon of Morrissey worship in Mexico but the best music doesn’t need explaining to be universally loved and understood. Despite his detractors, the music that Morrissey has produced will remain hugely popular as long as there are underdogs in the world.

The vocals are shared between four members of the band throughout the set and each singer relishes their opportunity when it arises. All the while an omnipresent projection of Moz looms large over the stage morphing into visuals of Moss Side tenements and Aztec ruins, reinforcing the fact that the best folk songs are never lost in translation.

All photos by Paul Holloway. They were taken from the band’s Manchester gig.