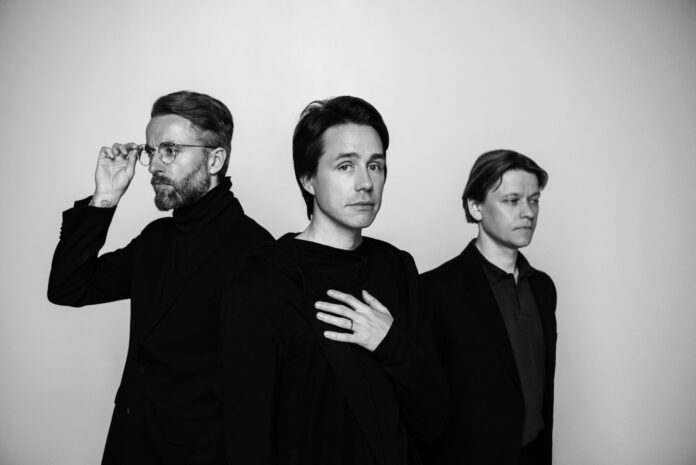 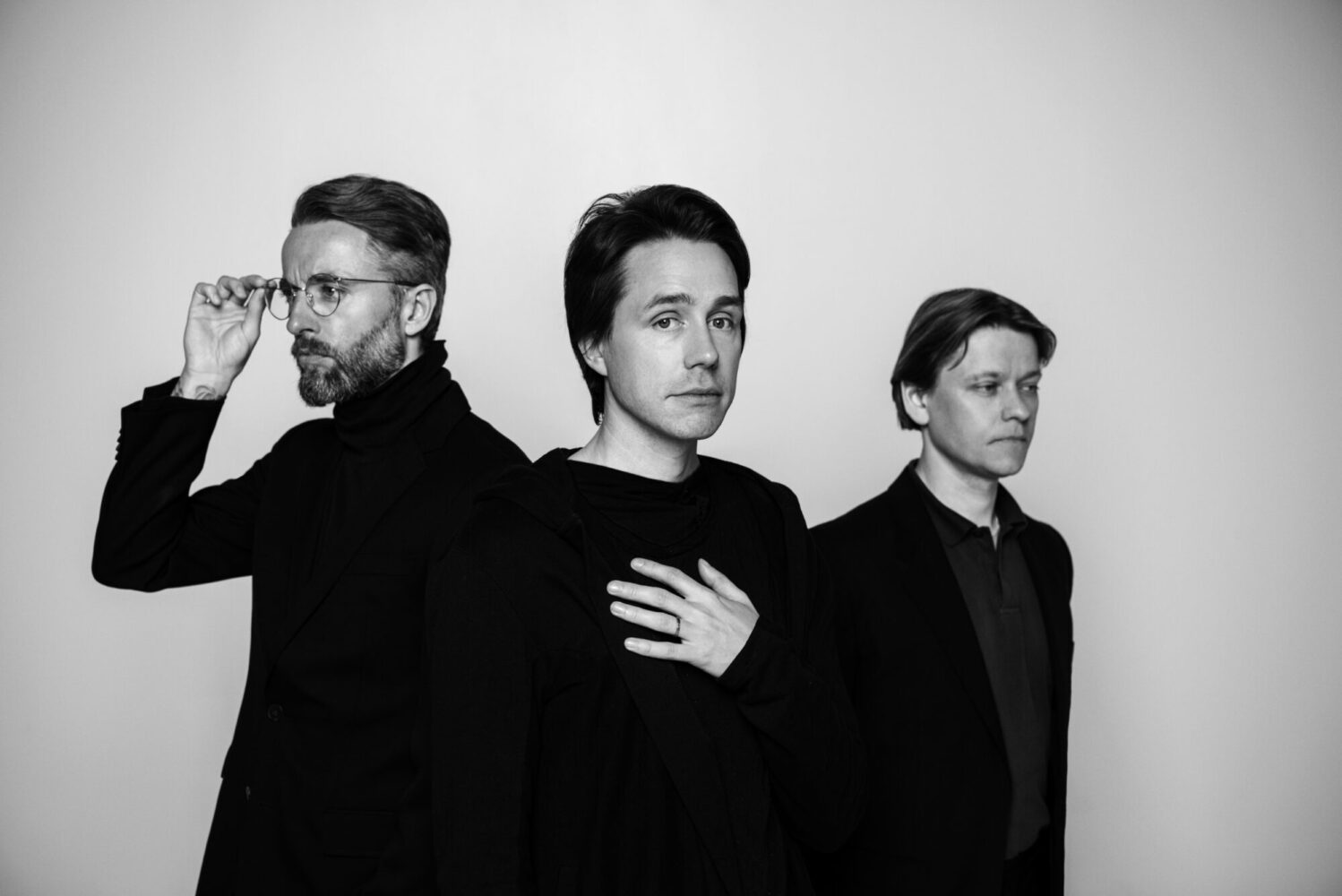 Danish rockers Mew celebrate the 15th anniversary of their stunning And the Glass Handed Kites album with a show at the Royal Festival Hall.

Before the show begins, one can easily overhear a conversation between excited audience members. Some of them admit they’ve been following the band since Mew were teenagers and have seen them playing at least five times. Many wear branded T-shirts or merch with references to like-minded bands, like My Bloody Valentine and Radiohead. Having released their debut album A Triumph for Man in 1997, the collective made a breakthrough six years later with Frengers, followed by And the Glass Handed Kites in 2005. The status of Mew as one of the major international export acts in Denmark is obvious when they perform abroad. They’ve been known in the UK since the release of their best known record.

The anniversary tour, including the concert in London, was initially scheduled for May 2020 but had to be postponed due to well-known reasons. With the seamless sequence of songs bleeding into each other, And the Glass Handed Kites sounds symphonic – a perfect album for a live performance. Anyone who adores the record and hasn’t heard it live might tremble at anticipation. It’s one of those times when seeing a show can be compared to watching a film adaptation of a favourite book. The mystery and personal associations which inhabit the musical realm might be easily stripped away. 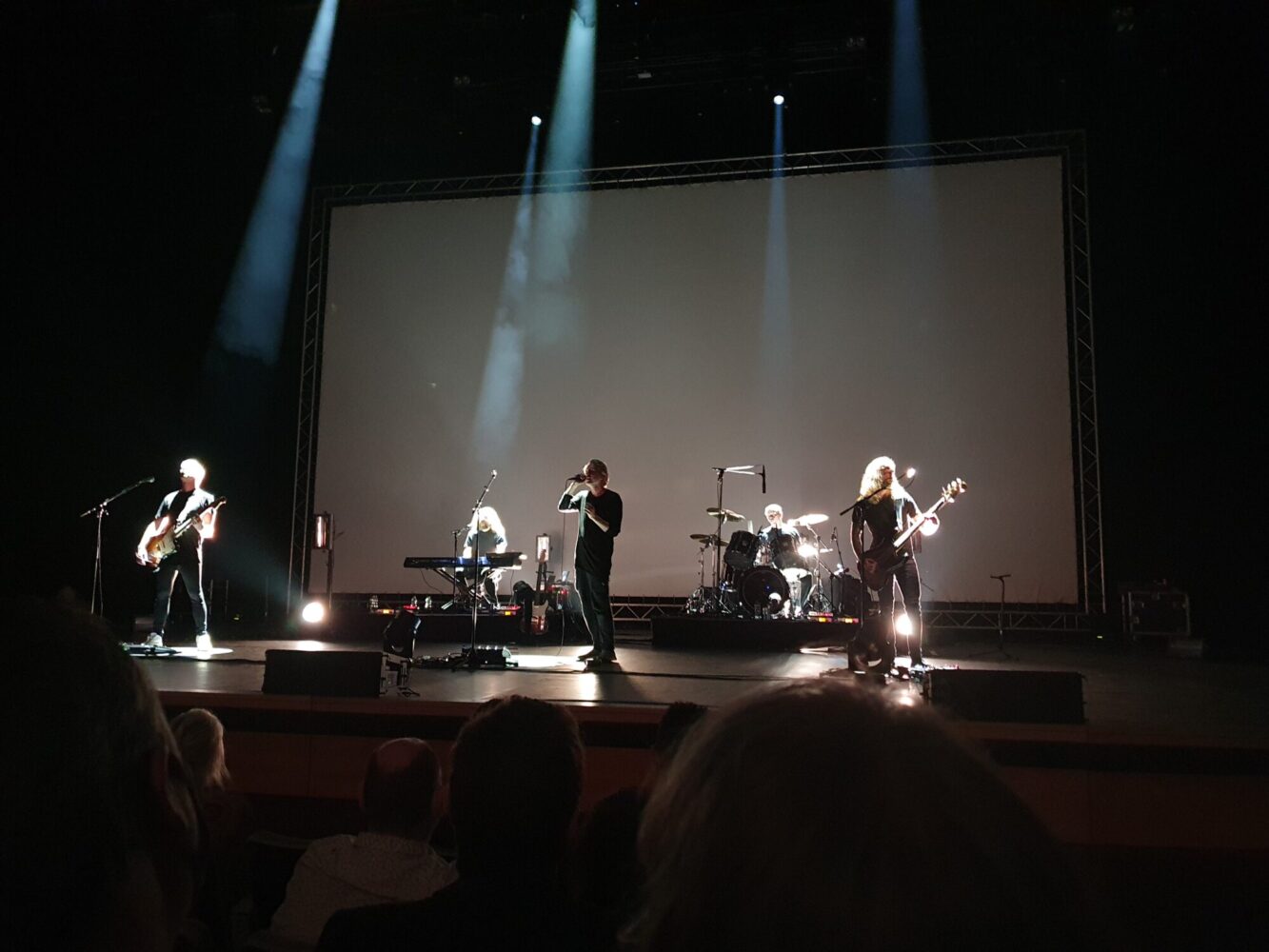 The show begins with intense strobe lights and the album’s ringing intro – Circuitry of the Wolf. Occasionally the purple-blue darkness on the scene dissolves into an explosion of light which feels similar to a video of an atomic bomb test. Like the strobe lights (unmercifully frequent and bright), the visuals push you out of your comfort zone. Broken dolls, deformed faces, a three-headed Cerberus, seem to attempt to attack the audience – appearing and vanishing on the screen as if in a child’s waning nightmare. Yet, they are emblematic of the album’s themes – alienation, fear, disturbing feelings and transience. Bizarre and sometimes unnerving, they are a reflection of the lyrical hero’s subconscious. Sinking in Nolan time / I lost all my pure feelings / The psychiatrist posing as a psychologist / When fear predicts then doubly the mind suffers / Are we talking?- sings Jonas Bjerre, the band’s frontman, on Apocalypso. The impact is immediate – it instantly evoke emotions.

Mew’s intention to rock the crowd is obvious though. Whilst watching them, a quote from Bo Madsen, the band’s former guitarist, comes to mind, who described their style as ‘indie stadium’. Indeed, the necessary elements of a show are here: aggressive lighting and the occasional rock stance. Even the poppier numbers, such as lighter, new-wavy Special, sound harder than on the record. By the end, the album’s setlist slows down and so does the show. Two ballads – White Lips Kissed and Louise Louisa, with a stunning crescendo and postrock thunderstorm at the end – mark the culmination of the main part. The band inevitably returns for the encore, which features three songs from their third album Frengers.

Finishing the two-hour set with Comforting Sounds, Mew lets the energy burst out. It starts with a quiet confessional singing, which grows like a tidal wave and inevitably evokes a cathartic experience. Accompanied by animated images of anthropomorphic animals playing the strings, it gives a chance to reunite with the younger self. Eventually, it beats right in the heart and reminds us that all nightmares and fears pass by like waves.

Thanks to Michael Jukes for the live photo