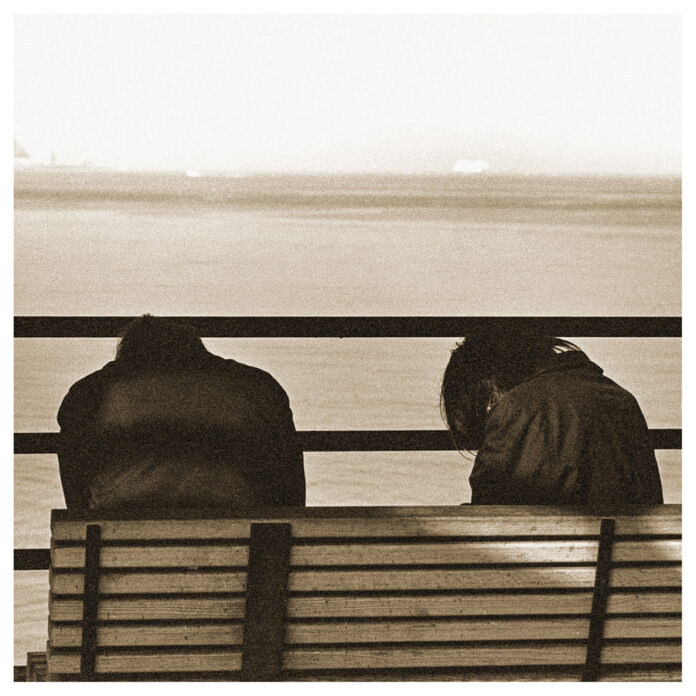 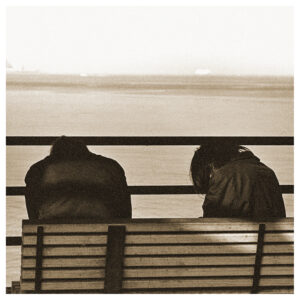 Metz have always described their intent as trying to create a uniquely Metz sound – and they certainly have. When listening to II the main thing that comes to mind is a sense of relief that it still sounds like the band’s signature sound, with unconventional approaches applied to hardcore heaviness. This time around, it’s even more severe and less tidy and contained (though those seemed like inappropriate terms to describe their debut before).

Formed in 2007, Metz’s 2012 debut was picked up by Sub Pop and went on to receive a whackload of respect, including being shortlisted for a Polaris prize, being deemed ‘best new music’ everywhere, chosen as one of 2012s best albums by Pitchfork and achieving near universal acclaim as witnessed by an 82% album score on Metacritic. Metz are known internationally for their ability to tear it up – and they don’t disappoint on their sophomore release.

Metz are often compared to bands like Nirvana, the Melvins, Jesus Lizard, Jawbox, Drive like Jehu and Big Black. They’ve been described as a combination of various genres like noise-rock, post-hardcore, sludge-punk and grunge. That said though, the band have a wide range of musical influences including 60s pop, psychedelia, folk, dub and avant-garde music on the whole. Not surprising, then, that one of their most notable abilities is their songwriting, delivering loud dissonance in an inventive manner, making up their own chords, allowing notes to clash and strain before twisting into others alongside infectious moments of melody.

Fans who were worried Metz may not dish out the heavy like they did on their debut will be pleasantly surprised. They’ve managed to outdo themselves. If their debut was hitting your head against a table, II is like a banging your whole spastic body repeatedly against a brick wall long after it’s been bloodied and bruised. The album is an unforgiving assault from start to finish. It may employ many of the same tendencies, principles and emotion (that sense of someone losing the plot under the pressures of a modern society) but it’s grittier, darker and rawer, with rusty, jagged edges.

The tracks growl and chug, lurch back and forth, jostling and jolting the listener. Noise and abrasion are honed and exploited to their full capacity, with instruments being played so hard it sounds like they might break. It’d be inaccurate to call it noise for noise’s sake though, since clearly composition plays a key role, just as it did on their debut.

The first single “Acetate” was an appropriate representation of II to give fans. Typical Metz’s with the added bonus of a real impending doom bassline. The song has enough space within it to soak up the band’s experimentation with the sounds of their instruments. The highs and lows on this track appear throughout the album. The choruses are full-on ferocious, split up by down-played verses and screeching, deranged scales and solos. Aside from all that, it’s still got an underlying groove that you can bounce around to while making pancakes!

“Nervous System” exemplifies the weightiness of II. It’s an endurance test for eardrums and speakers with its jerky nature. The track heaves back into Armageddon time and time again, creating a motion-sickness effect, illustrating a trend on II – interludes provide contrast, making the rock more forceful each time it kicks back in. It’s a sensory overload of the best kind.

On “Wait in Line” elements jive, bump and grate against each other. “IOU” revs, saturated in feedback and fakes the listener out before returning for more, recreating the excitement of punk rock encountered in one’s youth. “Landfill” features creepy vocals, like an incantation conjuring up some demon or someone possessed by one.

Metz are often compared to Nirvana, and scraping and scathing tracks like “Eyes Peeled” bring a sense that if Metz’s debut was their Nevermind, II is appropriately their In Utero. Similarly, the hypnotic “Kicking a Can of Worms” starts with a music-box-from-Hell effect, which is cut out by a dreadful undulating wave of chainsaw-like guitar. The chorus is both sing-songy and terrifying – summing up II well.

Though II clocks in at almost the same time as their lean and mean debut (around the 30-minute mark) it feels even more mean and less lean because it’s got more gristle. On the debut, melody is more obviously integrated in a way where it played more of a key role. II almost feels like Metz wanted to push the boundaries to see just how dark and dirty they could play while still carrying a tune and continuing to draw listeners in with unconventionally gripping arrangements – and good on them, they pulled it off!

To see Lisa’s Louder Than War interview with the band and tour dates, go here.