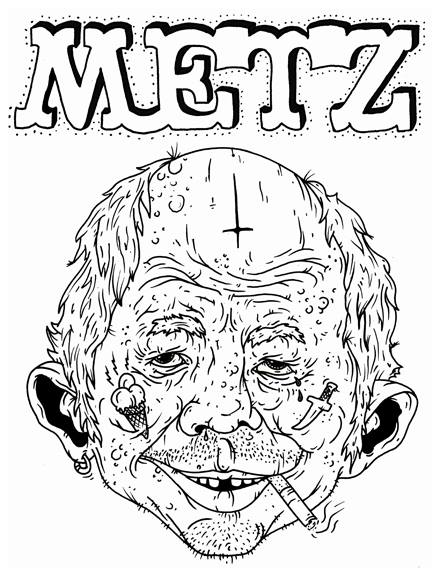 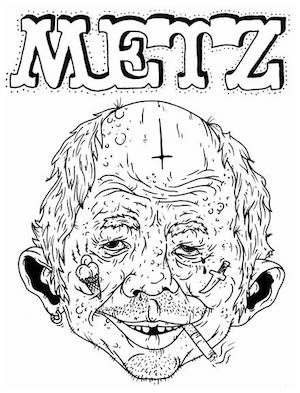 Christopher Lloyd reviews Toronto  three-piece METZ for us – a band who, in his words “make one hell of a noise.”

METZ’s set at Birmingham’s Hare & Hounds was both punishing and joyous. Tracks from the self-titled album flew out at a furious pace. Tinnitus teasing feedback was favoured between tracks rather than banter. It’s a brief fifty or so minutes of machine gun drumming, snarling vocals and furious white noise.

There are tunes under the barrage, as demonstrated on the more concise sounding recorded counterparts that are to be found on their debut album, however when those tracks are played live they become a much angrier beast. By the time the set climaxes there seems to be two camps within the audience, the younger kids who are staggering around dazed whilst holding their heads high, happy at having slammed into all and sundry whilst having the time of their life – expending their youthful energy to an equally joyous noise. There is also the elder crowd, equally as happy to have witnessed a band so different. Yes….. different.

When you read a METZ review you usually see comparisons to Nirvana, Jesus Lizard and any manner of iconic bands from the grunge scene of the early nineties. This is a bit of a cop out to some degree. As you stand there watching the audience slam one another around the room whilst the band tear seven bells out of their amps, you can feel the relentless energy coming from the stage and it does remind you of Nirvana et-all. It reminded me, as an older gig-goer, of the glory days of grunge, but only in feel.  METZ aren’t carbon copies of those bands, far from it. They have pushed it into a different angle.

All great artists utilise their influences, be it consciously or sub-consciously to create new variants on existing themes, non-more so than musicians.

Nostalgia is a dangerous thing. Watching The Pixies play the hits of The Pixies twenty years on will never be as exciting as watching a band who were maybe too young to catch the first wave of any given scene. They let that music become part of their DNA and create something that may indeed have a genetic strand to the forbearer’s, yet they take it to a different level. Metz proved that they are exciting, loud and everything that I found exciting when I was in my late teens. But…. Different.

All words by Christopher Lloyd. This is Christopher’s first post for Louder Than War.