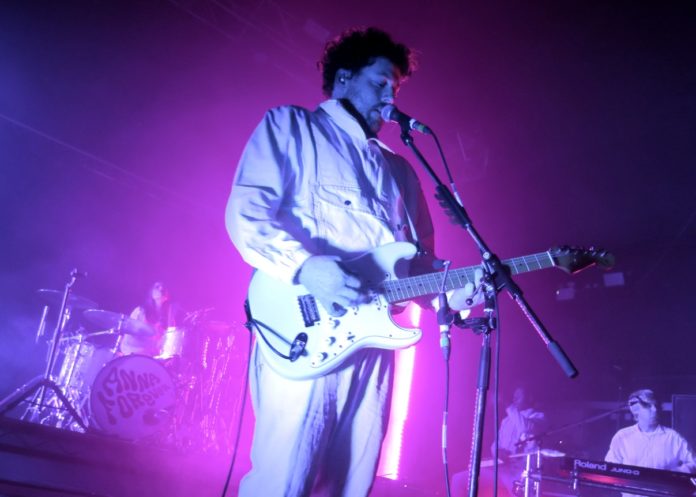 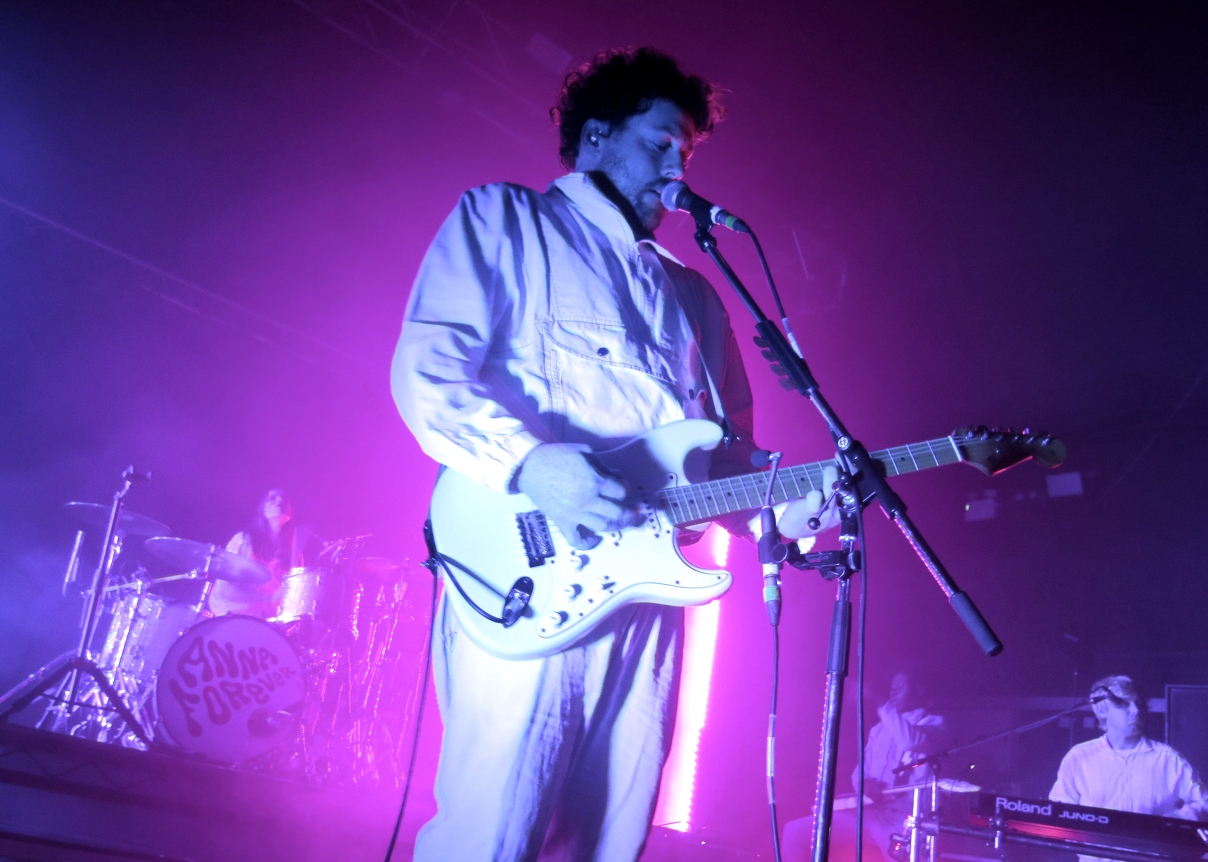 Metronomy bring the UK leg of their successful ‘Metronomy Forever’ tour to a euphoric close in Birmingham. Louderthanwar’s Christopher Lloyd was there to report.

Metronomy Forever. It works as both the album title of Joe Mount and Co’s latest album but hopefully also a mission statement. When a band can consistently knock out albums as consistently magnificent as Metronomy do, why would anybody want them to stop. It’s a viewpoint that’s shared by the sold out audience as they roar in approval as the band take to the stage and kick the night off with Lately, perhaps the perfect microcosm of Metronomy’s sound; drum beats designed to make you move, melancholic chord structures and bold sing along choruses, all underpinned by an experimental indie aesthetic with added dance floor appeal.

The date is the last on the UK/Euro Metronomy Forever tour, and it sees the band in an appreciative mood with Joe Mount declaring that they’ve been overwhelmed by the good will shown to the band this tour round. The good will is paid back with a long set that spans every album from the bands career.

The big hitters from breakthrough album The English Riviera are all present and correct, with quite the mosh pit forming for The Look. It’s a bizarre sight looking down from the balcony to see a bunch of predominantly young lads shoving and slamming away to such a poppy song, and yet at the same time it seems to be an image which fits with the songs theme of looking back at the days when you were younger and hanging around with your friends. It’s a song that thematically sits along side Being Boring by the Pet Shop Boys, a band to whom I’ve always felt Metronomy are the cooler, more exciting younger siblings of. 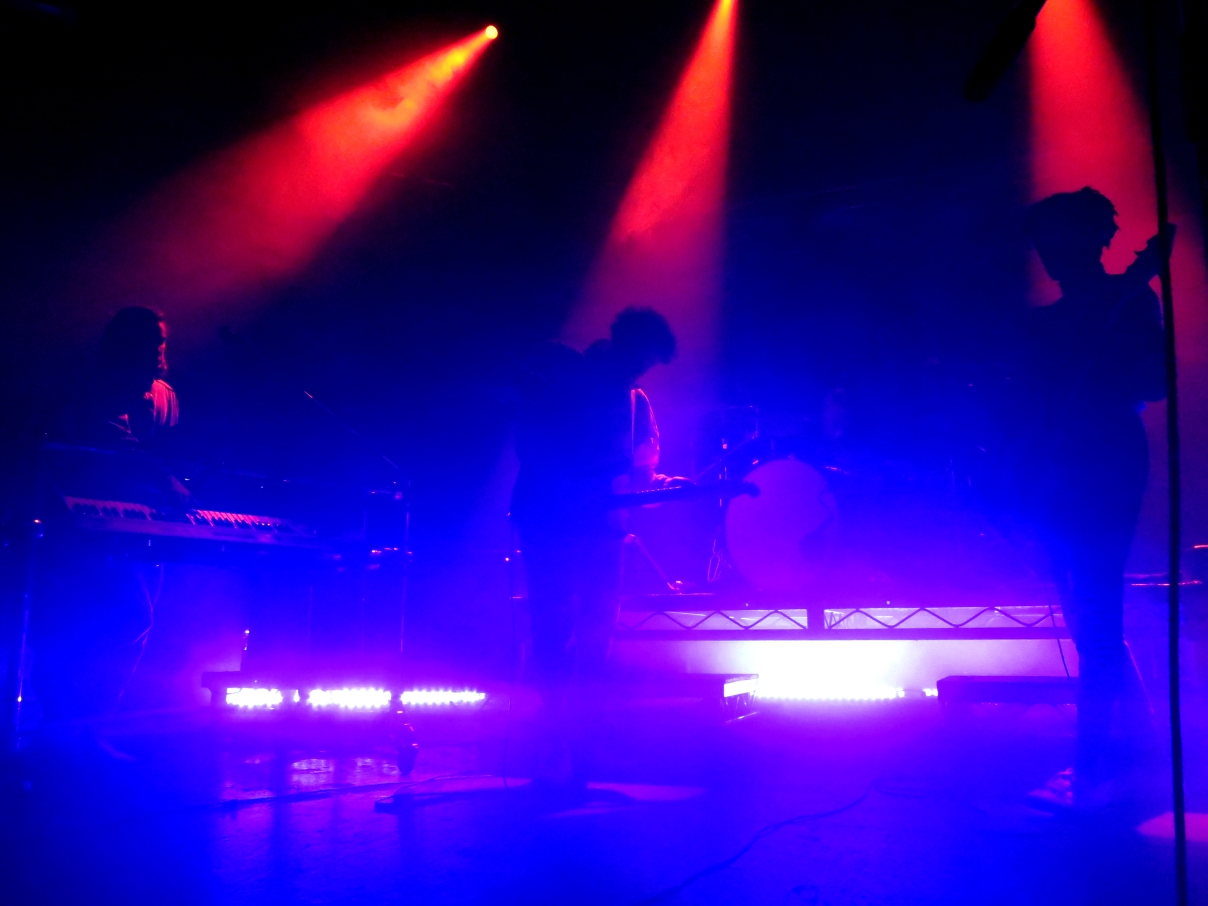 After the English Riviera heavy opening salvo, Metronomy decide to take a left turn and play a few of the more electronic, experimental tracks, somewhat mirroring the more eclectic nature of the recent albums track listing. Recent single Walking In The Dark sets the mood before a handful of instrumentals follow on, culminating with Lying Low. As the song begins two thirds of the band exit the stage, leaving keyboardist Oscar Cash and Michael Lovett to play the eerie, post-club comedown electronic grooves on their keyboard rigs which are attached to what can only be described as synth-zimmerframes. Both band mates push their gear across the stage mid-song to meet up in the smack bang in the centre of the stage to finish off the track together. It’s a sight almost as absurd as ‘Lords Of Synths: Live at the Necropolis’ (Google it), and it is as equally fun, and in no way does it fall into cheese territory.

Metronomy have a knowing way with humour that lets them get away with this kind of malarkey not only with reputations unscathed, but in a way that makes you want to be in their gang. When rejoined onstage by Joe, drummer Anna Prior and bassist Olugbenga Adelekan, it becomes apparent how much of a gang of friends Metronomy are, they musically feed of one another so naturally that it’s no wonder they’re having the best tour of their career to date. 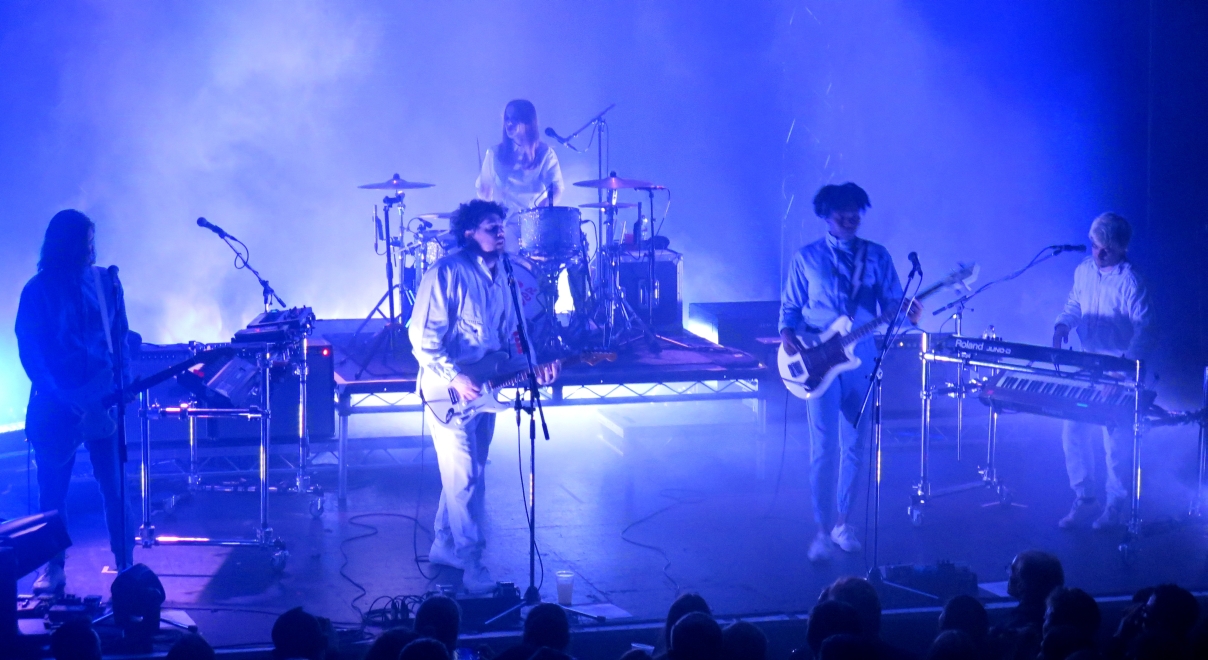 Old Skool follows and unnervingly provides the first and only hiccup of the set, with the bass lead cutting out rendering Olugbenga unable to add the funky bass riff that the song is so reliant upon. Thankfully Joe’s on hand to get the audience singing along stadium style, and the absurdity of indulging and stretching the crowd participation bants over Anna’s beats as the gear is being fixed isn’t lost upon Joe, who is laughing away to himself. “This is the biggest catastrophe of our career, but I think we’ve styled it out” he later goes on to declare, correctly.

As the main set ends, the band return to encore with Upset My Girlfriend, a performance that to the most stripped right down to just Joe Mount on his acoustic guitar, before tearing into 2008’s single Radio Ladio. The set is meant to end at this point, and yet the atmosphere is so good in this room that nobody wants it to end, neither fan nor band. The gang look at one another and swiftly break into 2005’s debut single You Could Easily Have Me, providing the perfect excuse for the band to get the audience slam dancing once more with the instrumental songs mix of abrasive guitars and stop-start drumming which puts a perfect close to a set by a band having the time of their lives.