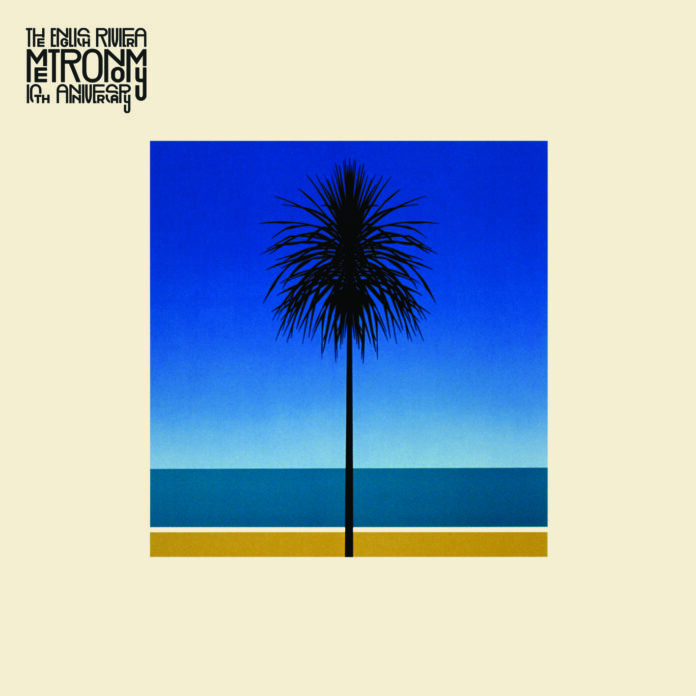 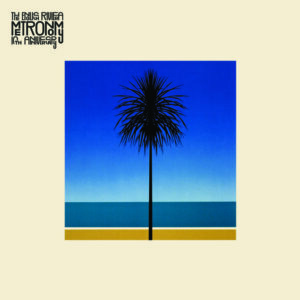 Metronomy’s magnum opus, The English Riviera is ten years old. There is no better way to celebrate a special milestone than with a shiny reissue. If you are unfamiliar with the quality of this album, now’s the time. Otherwise, reacquaint yourself and enjoy the six bonus tracks. Gordon Rutherford gives this classic the look for Louder Than War.

Ten years. A whole decade. Can it really be so long since we were presented with this exquisite jewel? This gift that has kept on giving every single day since? The English Riviera, a paean to the stretch of Devon coast near where frontman Joe Mount grew up, is the album that changed the arc of Metronomy’s narrative. It catapulted them directly into the heart of the public consciousness and, as we reflect on it today, it is not overstating things to claim that it is one of the defining albums of the last quarter of a century. If you’re unfamiliar with this much-loved and critically acclaimed classic, now is a good time to fix that, as its tenth anniversary is commemorated by this reissue, complete with six previously unreleased bonus tracks.

This was Metronomy’s coming of age album. Prior to its release, they were bent on hitching their wagon to that electro-cool trip. The English Riviera developed Mount’s already established exquisite songwriting sensibilities and refined them into what became the trademark Metronomy sound. If early tracks like Heartbreaker and Radio Ladio were hipster bars in Shoreditch, The English Riviera was indubitably promenading the south coast in the height of the summer. In transforming, the band created the nonpareil of the genre (of this century). It is intelligent and humorous. It is composition and musicianship at its finest. The harmonies are light and delicate and always on point. It’s catchier than the common cold, utterly danceable and it elevates you emotionally. It’s everything that you would look for in a circular slice of plastic.

It’s entirely accurate to say that there is not a bad moment on The English Riviera, but it’s worth recalling some of the absolute highlights, starting with the tune that everyone knows. The Look is built upon the catchiest keyboard melody ever created. It is simple, almost childlike, but by God it is potent. Of course, that riff gets all the attention, but go back and listen to the vocal harmonies in this song. Brian Wilson would be proud. Everything Goes My Way features guest vocalist Roxanne Clifford and is just as infectious and equally brilliant.

If much of the album is very demure English seaside resort, The Bay transports us to the French Riviera. It is coolness personified, a chic, sophisticated serving of pop that that is so summery you can smell the Hawaiian Tropic. Furthermore, The Bay has a bass line to die for. It is Delecroix’s Liberty Leading The People portrayed on a Fender Jazz Bass. Truly, when you hear Olugbenga Adelekan’s bass line you will understand why The Bay is the song that broke my heart. I’ve been playing bass since the age of thirteen and when I saw Metronomy live, I understood how De Niro’s Jake La Motta felt in Raging Bull when he weeps because his hands are too small to fight Joe Louis. The curse of the small hands. When I saw Adelekan’s multi-fret span, a cold realisation dawned on me. 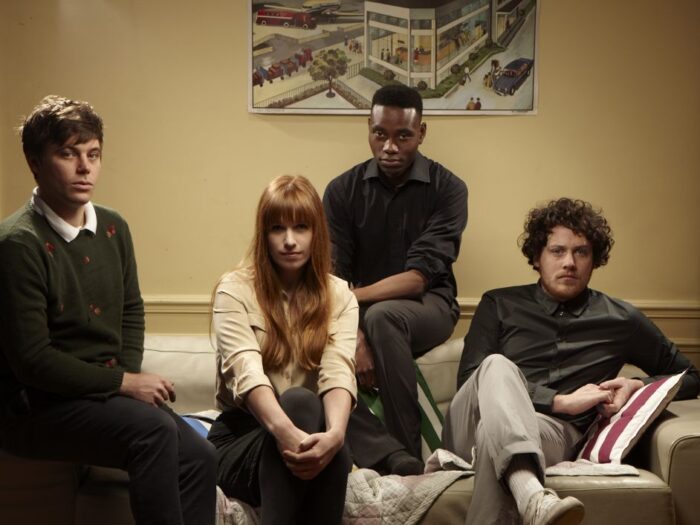 Naturally, one of the big USPs of this reissue is the bonus tracks and it’s fair to assume that the first question on people’s lips will be whether or not they stand comparison with the original tracks from the album. The first of these trinkets is entitled Aquarius and, prior to listening, I assumed that it was an early version of the outstanding single that came from the follow-up to The English Riviera, Love Letters. It’s not. At least, if it is, it’s not recognisably so. In fact, it’s a very short instrumental doodle that sounds like an idea waiting to happen. Frankly, it’s a bit cheeky to plug it as a bonus track. It’s followed by another instrumental, French Organ. This is more complete, more fleshed-out, but I still can’t help thinking it feels a little unfinished. Sure, its cheesy 1970’s synth-pop vibe is great fun, but when the band were in the final throes of choosing the tracks for The English Riviera, I cannot imagine this threatened any of those that made the final cut.

Matters improve thereafter. Friends feels much more like a Metronomy on form, although it sounds more like a product of their post-The English Riviera output. More specifically, it sounds as though it has fallen directly out of the Love Letters sessions, bearing a strong resemblance to the epic Monstrous with its delicious rise and fall. Jazz Odyssey is another instrumental, albeit one that is more developed than the first two bonus tracks. Picking Up For You is the track that was chosen to promote this tenth-anniversary reissue and when you hear it you will understand why. This is a tune that could comfortably sit on The English Riviera. It’s tasteful, understated pop that is smarter than a dolphin with a PhD in philosophy. So, vintage Metronomy then. Whilst the final bonus track, The Ballad Of The 17 Year-Old, doesn’t quite reach the same dizzy heights, it is a quirky, catchy tune featuring a delightful fairground/klezmer influenced riff. It suffers slightly by virtue of the fact that it is almost certainly a demo, but with the appropriate studio treatment, it could’ve been a contender.

I guess the million-dollar question is whether it is worth investing in this reissue. If you don’t actually possess a copy of The English Riviera, then you should. Let’s face it, it is a seminal album and every home should have one. Furthermore, if you are an out-and-out Metronomy fan and a completist, then you will probably want to add this to your collection purely on the strength of Picking Up For You and The Ballad Of The 17 Year-Old. Should you fall somewhere in the middle, of course, you should check the bonus tracks out. And whilst you’re at it, take some time to remind yourself just how amazing this album is.