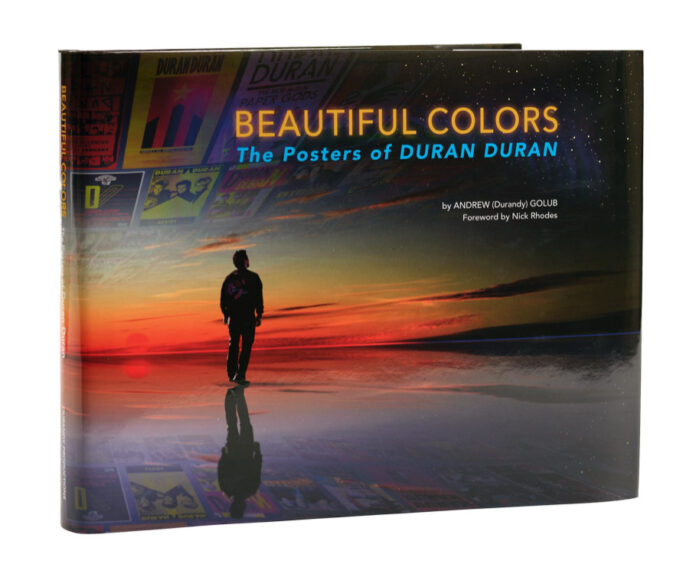 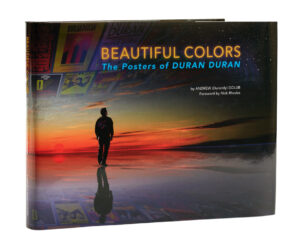 At the end of July, we celebrated one of the great cultural landmarks in popular music history: 40 years ago, within days of each other, MTV was born, and Duran Duran’s Girls on Film video was released. Not since some crafty Italian first paired tomatoes with basil has such a perfectly symbiotic relationship occurred. Impossibly, it allowed the band to conquer the suburbs before truly taking over the cities, bringing glammy, jet-set imagery, exoticism, and eroticism, to the provinces, all wrapped up in an Antony Price bow.

Four of the five members of the classic lineup are in the current one, still performing superb live sets. While many of us still have the first two records in heavy rotation, when we break free of that we are reminded of things like how this year’s Future Past is an absolute banger. It should encourage anyone to do yet another deep dive into the new records, aka anything released within the past 30 years, which contain some amazing songs. Over one billion total streams per platform reminds us of that.

A band that is committed to keeping the engine running sure can rack up a lot of ephemera. Most legendary groups have their evangelists, ranging from trainspotter types, to archivists worthy of an honorary degree from an accredited university. That’s where Andrew Golub enters the picture.

Golub, or ‘Durandy’ as he’s known among his fans, is arguably Duran Duran’s second-biggest supporter, behind Nick Rhodes’ mum, Sylvia Bates. The latter has been at the center of an archiving project that spans back to the mid-’80s. Rhodes and bandmate Roger Taylor were always keen on keeping memorabilia. Taylor would assemble these in scrapbooks, but soon the task got too big for a very active, touring musician. Before long, Rhodes’ proud parents had dedicated a spare room as a repository for anything from flyers to suits. 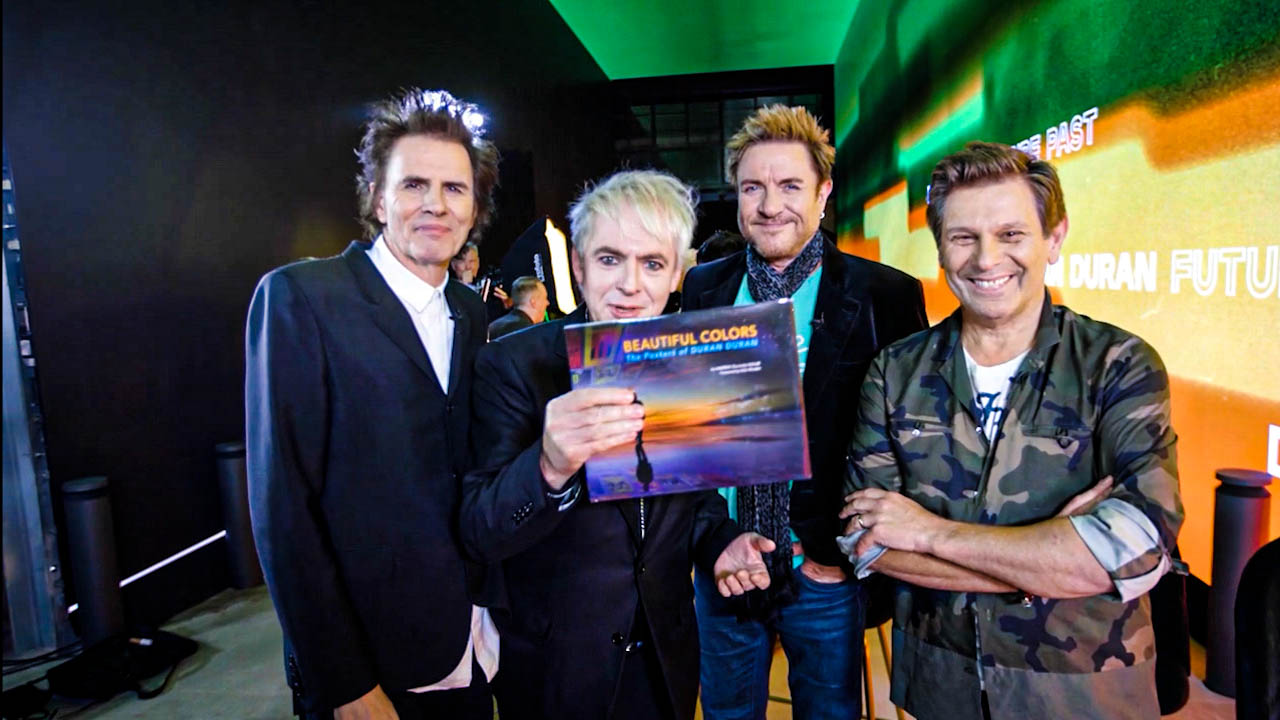 Across the globe, in Seattle Washington, Golub was racking up quite a collection of his own, though his focus was mainly on posters. This cache has grown exponentially, over the years, to the point of becoming the largest known collection of Duran Duran posters in one place, verified by Nick Rhodes himself. Not quite a decade ago, Durandy decided it was time to share them with the fans, and Beautiful Colors was born. Four years later he released a book of concert ads, interspersed with fan memories, called The Music Between Us, employing another easter egg of a title for the faithful.

Hardly showing signs of chucking in the towel anytime soon, the band has continued to tour, which means (you guessed it) more posters. This 2021 version of Beautiful Colors is available now, taking fans past Paper Gods, all the way up to 2020. It’s 300 pages of absolute gloriousness that’s, more than anything, a visual timeline. Once a band like Duran Duran has entered the pantheon, their often humble beginnings are often too far in the rearview mirror to remember how organically the whole thing started, with a DIY New Romantic scene hubbed at Birmingham’s Rum Runner club. Two lifelong pals, armed with not much more than an EDP Wasp monosynth, a drum machine, and some grand ideas, became so big, so fast, they forgot to move out of their parent’s house even after they started selling out arenas. It’s all there from the beginning, though: posters of shows where the Durans were opening for art punks Au Pairs, the notorious support slots with Hazel O’Connor, and then, almost instantly, right to the top of the bill. Descriptions give insight into some of the posters. Sometimes just a quick blurb, other times with more detail. Absolutely apparent is the band’s commitment to style from day one. Early banners, in particular, seem laboured over, in the best possible way, which is what separates the image-conscious wheat from the grotty punk chaff, doesn’t it? As one flips through the first chapters of this beautiful collection they think less about the posters as purveyors of information, and more as one long style and story arc, along the lines of the Bauhaus School’s.

It’s also true that, in general, the details sometime suffer as the band’s popularity waxes and wanes. At points along the curve, some of the posters could be of just any band, and there are indications that the group was struggling to make their way in a rapidly changing pop world. However, the overwhelming majority of them reflect a band squarely in control of their image, and also proud of their legacy. The hyperitalicized “D” from the first album makes appearances from time to time, and the Rio girl is recurring, sometimes in dadaist forms, which feels about right for a band so committed to pop art. Later posters take influence from Flatstock-style indie ’screens, like Craig Asbell’s, from a 2016 show I attended, 15 minutes from where I live, in Durham, North Carolina. Towards the end of the 2010’s, we see the band comfortably integrating into the growing festival circuit, sharing the bill with bands that were new at the time, household names now, and undoubtedly influenced by the Durans.

The term labour of love has been used to the point of cliché, but really, there is no other applicable description for what Golub has assembled here. Every poster tells a story, don’t it, and the sequential presentation of this collection isn’t just a walk down memory lane, it’s the graphic arts narrative of one of the most important bands of the modern age.

You can buy the book on Amazon here:

Words by Alex you can find his author profile here: