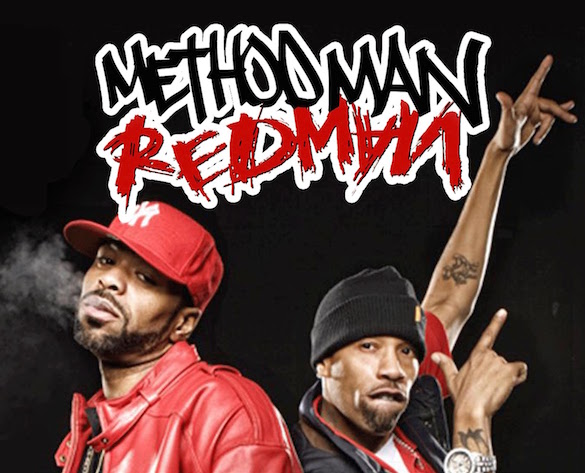 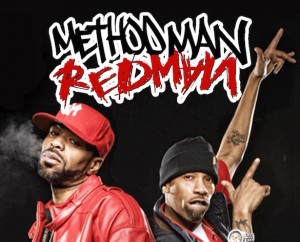 Across the road at Gorilla, some version or other of The Sugarhill Gang are going through the indignity of the faux Butlins review, not so much a shadow as a clone of their former selves, friends of friends filling in for the original members, a pale faded cartoon. Method Man was always the member of the Wu Tang Clan most likely to turn up in Adventure Time or The Regular Show as himself, larger than life without endangering it, unlike poor Ol’ Dirty Bastard, MM always seemed aware enough to know his public image.

It didn’t start well, the sound as muggy and dull as the air inside the venue, which was as full as I’ve ever seen it, an MC quite happy to hype the crowd by berating them and constantly referring to an Old School that very few present were old enough to remember, a DJ playing 90 second snippets of classic tracks that he really should have let run awhile before dropping the gun fire sound affect that every would-be Westwood is so fond of these days, everyone on stage seemed edgy and nervous, as if waiting for the boss to arrive, which in some ways, I guess they were.

The brief cameo from Mancunian rapper R.I.O was accomplished and excellent, a man going places, but everyone was there for the headliners, men with a huge history behind them, they eventually wander onstage to a huge roar, a sort of homecoming, they really were greeted like family, albeit long lost, some of us hardly believing we were finally in the same room as both Method Man AND Redman. Chatting between numbers as if they’d been here last week, playing mostly songs from Blackout 1 and Blackout 2, the  albums they’ve knocked together in over a decade of working , with the occasional Wu classic thrown in, they were clearly (overly?) relaxed, and happily medicated, probably the first and last time you’ll maintain a contact high in Manchester’s oldest surviving dancehall. Highlights were How High, soundtrack to their own movie, and with a perfectly placed Toni Braxton sample, which literally made the building bounce, and Da Rockwilder, a short but almost perfect song, and another crowd favourite. The DJ had his own moment in the spotlight , which he took admirably, and the whole thing passed in moments. Whilst I could have done without the aggressive merchandise rally at the end, they had really earned the right to sell us anything at this point, so they can’t be blamed for taking it.

You can find Method Man and Redman on Facebook here and here. And on Twitter as @therealredman and @methodman.

All words by Mike Bennett. You can read more from Mike by checking out his Louder Than War Author’s Archive.