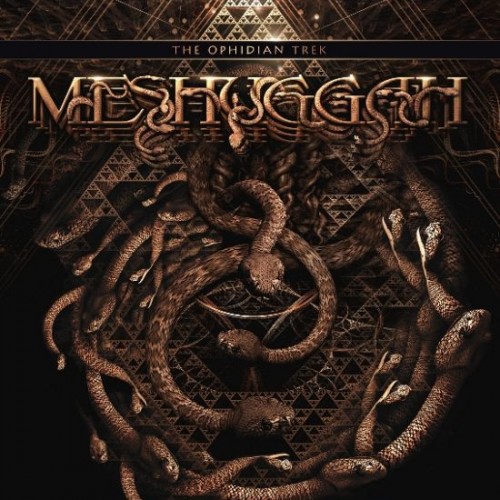 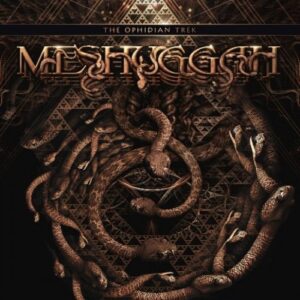 For 25 years Meshuggah have been pushing the boundaries of extreme metal. The Ophidian Trek was recorded on the bands last worldwide touring cycle for 2012’s Koloss. It was recorded at various stops in American and Europe, including footage from Wacken Open Air in 2013.

Having seen Meshuggah on this tour, the release of a live document from a tour I attended, appeals to me. Live documents can regularly be hit and miss however The Ophidian Trek is much more hit than miss. Packaged with a DVD of live footage and double disc CD, The Ophidian Trek is a pummelling and brutal collection of some of Meshuggah’s finest work over the past twenty five years.

Whilst taking in selections from a seven strong album back catalogue, the material from Koloss is excellently delivered. None more so than I Am Koloss with it’s monotone, down tuned chug showing a great technical quality; and to see so many head banging in unison on screen shows the affection that Meshuggah’s devout fans have for material old and new. Another newer cut; The Hurt That Finds You First, slows the pace however the mood is one of unease and nervous tension.

Bleed, taken from 2008’s obZen record is a complete battering ram of a tune. New Millenium Cyanide Christ from 1998’s Chaosphere has a different level of fury than the later material included here. Jens Kidamn’s vocals and stage presence, demeanour and manner are snarling and vicious. Along with this, the precision of the band backing him is second to none.

There is a fairly large tech-metal/djent scene in England and beyond, but no one delivers quite like Meshuggah. Tomas Haake’s drumming is a joy to witness, and the abilities of lead guitarist Fredrik Thordendal coupled with rhythm guitarist Mårten Hagström help drive an unbelievable sound. All of this is glued together by Dick Lövgren on bass.

Another highlight of the DVD is Dancers To A Dischordant System. There are plenty of crowd shots included to show the energy of various moshpits that open up. This along with the customary head banging front row help encapsulate what Meshuggah are about. The soloing within the song is spellbinding. An encore consisting of a Catch Thirty Three (2005’s experimental album release) medley opens with some very cool shots of the spectacular light show backed by the harmonic introduction, before an almighty crash leads the sound into a complete frenzy and more hefty movement from the crowd.

The Ophidian Trek is a fantastic document of a fantastic band. Although they have been around for twenty five years, their input into the extreme metal scene is unrivalled. Extreme metal needs Meshuggah; they are unique, cathartic, punishing and ultimately awesome.

All words by Dom Walsh. You can read more from Dom at his author’s archive here. Dom also tweets as @bwfcdom83