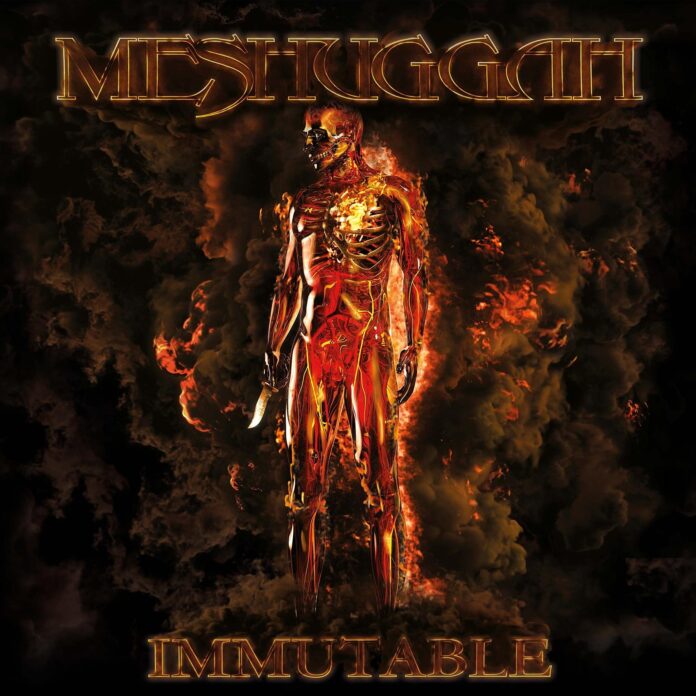 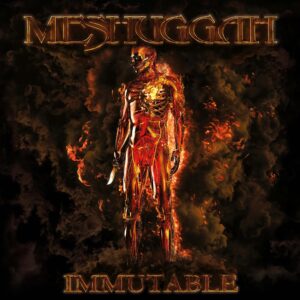 Meshuggah, with their incredible new album Immutable, continue to lead the way in producing dazzling and experimental metal.

Meshuggah, from Sweden, are metal’s greatest exponents of crushing technical death metal, both on record and with their legendary live performances. The band formed back in 1987, and Immutable is their ninth album. On this album Meshuggah have made it their mission to push to the extreme, the sonic palette that metal offers, underpinning this with some fabulous musicianship.

Broken Cog opens the album in classic Meshuggah mode, with a colossal, thundering, staccato guitar and drums riff. This is the musical launchpad for the dramatic entrance of spiralling psychedelic guitar phrases and keyboard like melodic accents. Jens Kidman’s whispered vocals exhibit a quiet menace, before hitting his scary full-on growling. Tomas Haake’s drumming on this track is a complete revelation, as he creatively melds metal and jazz styles with a technique that makes full use of his kit, integrating syncopation, splashing cymbals, and a metal groove. All of this played with an almost impossible technical precision. A very impressive opening to the album.

The Abysmal Eye, one of the singles from the album, brings some stunning blast beats to the fore, and a crunching repeating riff, full of doom reverb. This is partnered with a magnificent counterpoint guitar drone, and represents an utterly thrilling performance by guitarists Mårten Hagström and Fredrik Thordendal. The inventive guitar solo has a strikingly hypnotic texture and Jens Kidman vocal literally spits out the allegorical lyrics:

A very exciting element of this album are the numerous experimental instrumental pieces. In this vein, They Move Below, clocking in at over nine minutes, is the album centrepiece. It is a suite of instrumental creativity, with at points a feel of the proto metal excursions of King Crimson. There are also elements of progressive and post-rock, and musically everything is held together by the heavy funk bass paying of Dick Lövgren. Black Cathedral, another instrumental piece, creates a dense and layered guitar soundscape, and further exhibits the sense of musical adventure that is so prevalent on this album. Meshuggah have never been a band to avoid musical risk taking.

I Am That Thirst, in contrast, is Meshuggah in full on groove metal mode, full of rhythmic complexity, and intense wall of sound dynamics, with Jens Kidman’s vocal skillfully navigating the massive sound being blasted out by the band. The Faultless follows, and adds into the mix, Meshuggah’s intricate and rhythmically challenging take on the breakdown, familiar to fans of the deathcore metal genre. It also features another dazzling guitar solo, with a flurry of notes flying out of the speakers.

Past Tense, that closes the album, is another very surprising and intricate instrumental. A beautiful guitar ballad, that brings together folk forms with shoegaze, in the shimmering guitar style of the Grateful Dead. A quite superb piece of music, that will brilliantly confound any settled expectations of what Meshuggah’s music is all about.

Immutable is an album that is bound to figure in any list of the best metal albums of 2022. It is a massive achievement, and Meshuggah is without doubt a band bravely embracing experimentation and producing music that continues to advance the creative possibilities of metal.

Watch the official music video for The Abysmal Eye here:

Immutable by Meshuggah is available from Sister Ray.

You can find Meshuggah here: