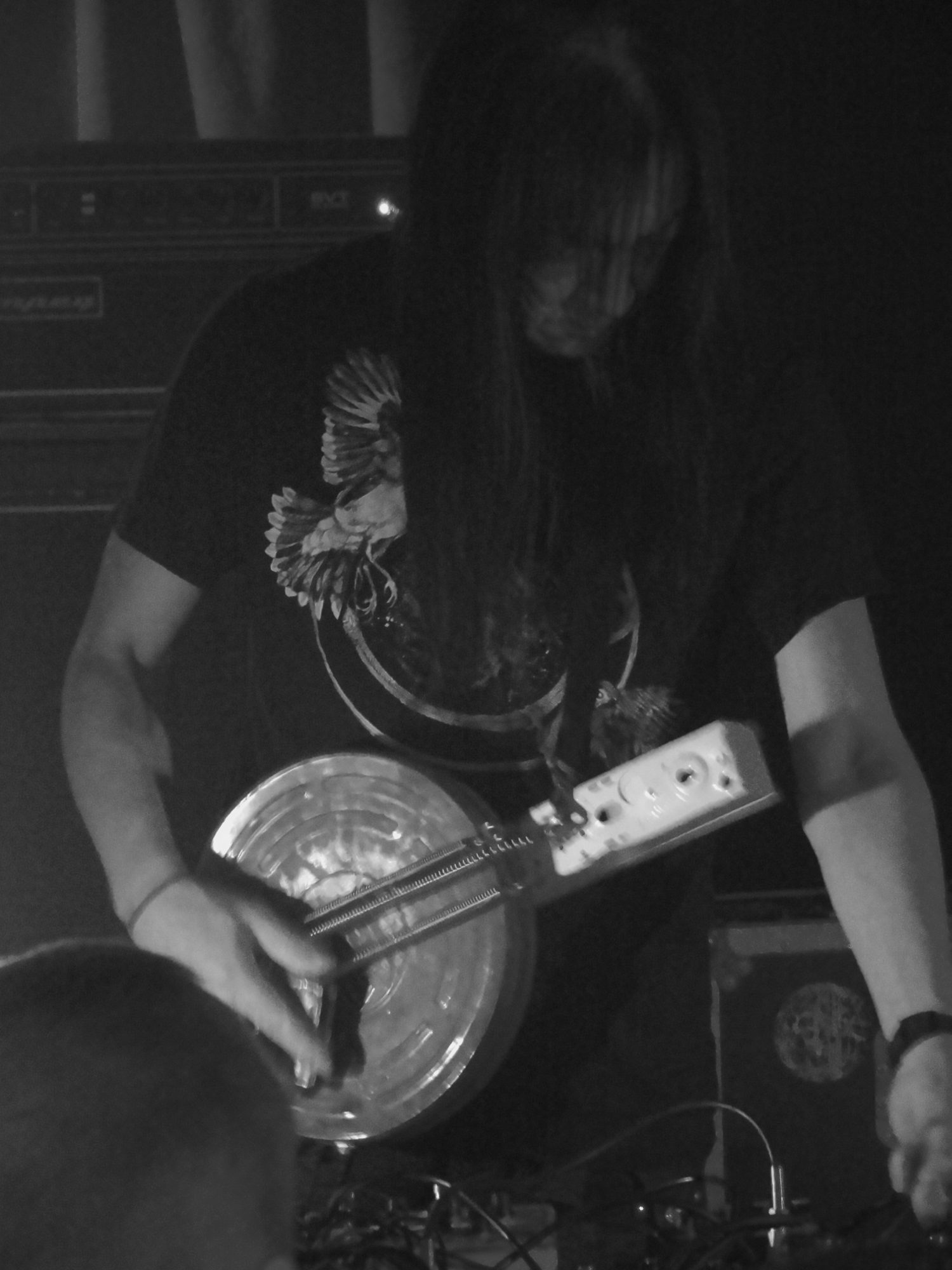 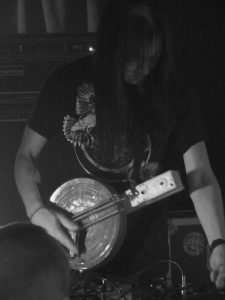 Japanese noise legend Masami Akita AKA Merzbow stepped onto the narrow dimly lit FAC251 stage, to his left positioned behind a standard drum kit sat Hungarian drum collaborator Balazs Pandi wearing Doom T-shirt; Akita picked up and strapped on a DIY guitar – though this was as far from the imaginings of Leo Fender and Adolph Rickenbacker as its possible to travel; 3 lengths of heavy gauge coiled spring stretched taut across a circular steel plate, similar to a traditional film canister in turn attached to what appeared to be a 2-ft long plug-board extension. In front of Akita – a large table shrouded in black cloth, littered with a bewildering array of tone generators, sequencers, oscillators and audio delay units all fed Medusa like into an elevated mixing desk.

You could feel the apprehension within the near full crowd; accessing Merzbow’s ‘music’ is simple – he has currently listed approximately 400 album releases (the total rises weekly), tonight’s live event being promoted by UK based Cold Spring Records who have just released ‘Strange City’, the collaboration with Sun Ra; but this was Merzbow live, an entirely different proposition – direct, confrontational, the full raw assault; and that is exactly what we got!

As low slung stage was bathed in a red light, Akita pushed back his long jet black hair, shuffled nervously before Pandi raised his sticks high above his head, a glance to Akita, a simple nod of acknowledgement and then it began, what followed was a 42minute immense and ceaseless journey into the farthest reaches of industrial sound – the soundtrack to a Dystopian hell, the music of your own personal Bedlam; the noise is unrelenting.

Pandi plays with measured aggression, it’s essentially free-form jazz based patterns, from incredibly subtle cymbal rides to chest thumping bass, to his right Akita is slightly stooped – in his hand what looks like a dirty steel tobacco tin that he is savagely thrashing against the ‘guitar’ – the resulting metal on metal squall shocking the audience into submission, as high end feedback and distortion washes out over those brave souls clutching the front barrier. 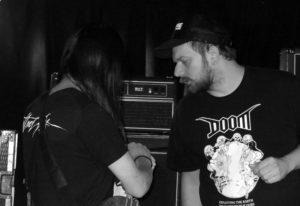 Clearly the vast majority of people would consider this noise to be unlistenable, Merzbow dispenses with such niceties as melody and harmony, replacing these with traditional elements with mind altering pulses and swirling frequencies, it’s genuinely harsh – a whirlwind vortex; even for aficionados of the industrial genre – however the blast furnace noise Merzbow creates does have the power to transform; faced with such frighteningly intense levels of sound your find yourself seeking out the patterns that hold the entire ensemble together, your consciousness being wiped of all other thought, the maelstrom noise becomes all-encompassing bending space and time as you connect totally with the sound, for 42mins nothing else mattered, the frequencies penetrating your inner psyche as you learn to comprehend the experience.

Akita offers no clues, there was no introduction, no breaks, the set seemed to travel through three nightmare movements from high-end squall dripping with oscillating pulses to blackened soul searing torture, and onto the bursts of feedback that mimic bird call as used when Merzbow created his epic 13-album ‘Japanese Birds’ series, building progressively to a sudden stall; the crowd momentarily stunned before realising reality has returned, certainly altered, but returned all the same.