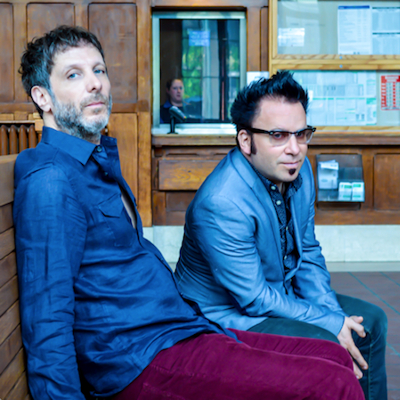 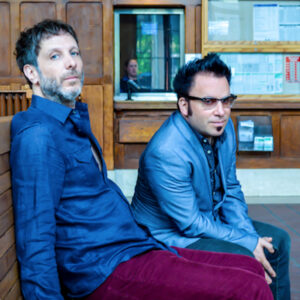 Louder Than War’s Philip Allen caught Mercury Rev on tour tour in support of their first album since 2008. Find out what he thinks below.

Last month, Mercury Rev released their first studio album in seven years. ‘The Light In You’ is the ninth of their long and obstreperous career and finds them having a ball whilst moving on from their intense psychedelic past into a much groovier future.

Mercury Rev stride on to the stage, suited and ready for business. Jonathan Donahue leading the band into a truly rousing version of ‘The Queen Of Swans’. It’s like an hymn with it’s string and synth backing track supporting the steady march of the drums and that unmistakable high falsetto of Donahue’s vocals that defines their sound somewhat. He commands centre stage as if directing the congregation through the musical sermon. Lifting himself off the floor, arms raised, he imbues every word with meaning and direction as if being the channel for such vibrational enlightenment.

Older songs like, ‘Car Wash Hair’ and ‘Funny Bird’ have them cranking out the epic psychedelic-ness that they are renowned for. The soaring guitar riffs and the ascending intensity is spine-tingling to witness. Steady as a rock, new songs like, ‘Autumn’s In The Air’ highlight the symphonic. Lush strings underpin the reflective narrative until it burst free of it’s subtlety by hitting home the melodic guitar hook. It’s a beautifully evocative vision that shows a maturing band settling into their nature.

The soothing tones of, ‘Endlessly’ makes way for, ‘Frittering’ off their debut album, ‘Yourself Is Steam’ that takes us back to their humble beginnings back in 1991. It still sounds fresh tonight with Sean “Grasshopper” Mackowiak’s guitar leading the melody upwards, flying high with notes reaching for the heavens. Their cover of Sparklehorse’s ‘Sea Of Teeth’ which they recorded for a tribute album a few years back has become a live staple and rightly so. It is a fantastic version.

Their obsession with the themes of nature and wonder are perfectly captured in tracks such as, ‘Diamonds’ and ‘Tides Of The Moon’, where you feel as if your under a moonlit sky, staring in wonder at the endless stars stretched out into infinity. Every note feels like a moment of clarity and every word an expression of it. The audience drink it in as the set closes with new epic, organ heavy, ‘Central Park East’, ‘Holes’ and ‘Opus 40’, two slices of languid perfection from their 1998 masterpiece, ‘Deserter’s Song’. Encores, ‘Goddess On A Highway’ and truly epic ‘The Dark Is Rising’ leaves the night on a high. An accomplished set by a band that knows how to tap into the emotions of a moment and ring it for all it’s worth.