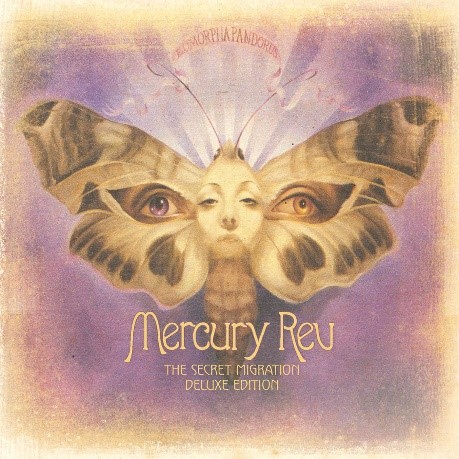 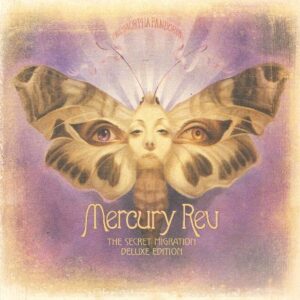 Mercury Rev return with the last in what I call the Deserters Songs trilogy, re-released in a beautiful 5 CD package that includes the film soundtrack Hello Blackbird. Wayne AF Carey goes back and listens to the whole psychedelic glory…

As you may know by now I’m a big Mercury Rev fan and there seems to be a bit of a revival of their early stuff doing the rounds right now. The Secret Migration still sounds great fifteen years on and in the light of The Flaming Lips latest album American Head stands the test of time. Every track is stunning shimmering psychedelia at it’s best. The first three tracks Secret For A Song, Across Yer Ocean and Diamonds are excellent. Jonathan Donohue and Grasshopper were in their prime, knowing they could just produce gems to prove that Deserters Songs wasn’t a one off. The dream like Black Forest (Lorelei), the sublime sounds of the great In A Funny Way with it’s Northern Soul vibes flecked with grandeur psych, The Climbing Rose that plucks on your heartstrings and the movie soundtrack vibes of the maudlin Down Poured The Heavens that ends a great album.

Disc 2 takes in all the B sides and out takes including some great covers including Tennessee Blues by Bobby Charles which is given The Rev treatment, the brilliant reworking of Afraid originally recorded by Nico, two Paul Westerburg penned gems Androgynous and Good Day excellently re-appraised and a tribute to Daniel Johnston’s ode to healing Blue Clouds. Also check out the Rev duet with Bonnie Anthony on their version of I Never Had It So Good from Kris and Rita’s 1973 LP Full Moon. The out takes include the acoustic beauty of Season Of Poussin and the keyboard laden Good Day which glows. Look At Brutus With His Knife is just pure Rev Magic that flows into an early Spiritualized mantra. Stunning stuff.

Disc 3 takes in the delights of a stripped down Rev laying down the formation of the tunes that form an excellent studio album that marked them as a classic pysch band that set the standards. You’ve only got to listen to band like The Flaming Lips and Spiritualized to hear the beauty in this stuff. Black Forest is so chilled in execution you can smell the weed wafting around the studio. In A Funny Way sounds so echo laden and brilliant it takes you through the kind of writing that Syd Barrett would sort out with Nick Drake, a theremin and a dose of temazipan. It’s a testament to demo tapes that start off as ideas that build into epic songs. Highlight on this disc is Secret For A Song, stripped to the bone that you know when the skins added it’s going to be a hit. Mercury Rev showing their bare bones to creating and molding a classic album.

Disc 4 is the live bit and it’s fuckin’ ace! Yes I swore! I saw them live a few times and this disc shows how grand they are on stage. There’s stuff on here from Sydney Opera House, Toronto, Stockholm, The Hammersmith Apollo, Leipzig, Perth, Skopje, Coachella and the rest. Highlights on this are the brilliant Black Forest (Lorelei) in Toronto and the majestic version of Holes in Leipzig back in 2004. This is a band you have to have witnessed live at some point in your life. I saw them at Reading when they did a chaotic set of stuff like Chasing A Bee and Carwash Hair. I saw them at Bluedot when I must have mentioned before they blew me away with Goddess On A Highway which made me cry like a baby. Mindblowing…

Last disc Hello Blackbird is the soundtrack to a drama film about a couple who become a circus trapeze act that ends in tragic circumstances, with Josef’s partner Alice dying in a daring event that is monikered the White Angel. An album that stand on it’s own, this is Mercury Rev going full classical music mode. I like a bit of classical now and again but not my pint of Stella really. Great background stuff but a bold piece of work from the Rev showing they can do what other bands couldn’t even touch. Mogwai are a much better band to deal with this, yet I strangely like the soothing feel I got listening to it. A break from Bob Vylan and the Dead Sheeran’s that have been making my ears prick up this year.

A great package with an excellent write up from acclaimed author and journalist Barney Hoskins to boot. A well informed history of Mercury Rev to top the whole thing off in all it’s splendour. A must for Rev fans to add to their psychedelic music collection.